The front of Monday’s New York Times featured reporter Lisa Lerer on failed feminist Democratic presidential candidate Sen. Kirsten Gillibrand of New York, who tacked hard to the left on immigration and gun control in a failed attempt to appeal to today’s Democratic Party: “Gillibrand’s Failed Run Shows Feminism’s Promise and Limits.” She dropped out of the race last week. 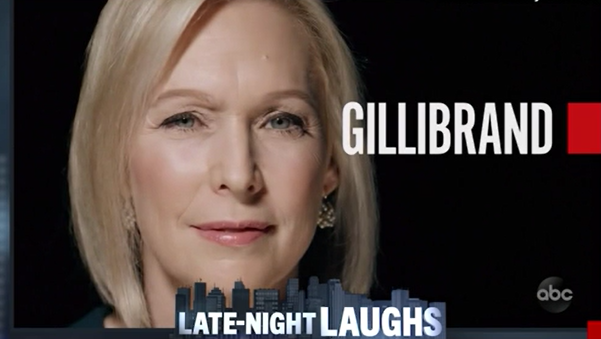 Through Hillary Clinton and Sarah Palin, Carly Fiorina and Michele Bachmann, that’s the argument that strategists, political scientists and pollsters focusing on female candidates make about the race for the White House.

More women means less attention on pantsuits and more on political strategy. More women means a candidate is judged on her merits, not as a human proxy for more than 50 percent of the population. More women makes it easier for every woman running.

In the 2020 presidential primary, six women mounted campaigns and the field finally had more than enough women to assemble a basketball team -- or to minimize the use of sports metaphors in politics, if they so chose. But the first to drop out? Senator Kirsten Gillibrand, who attempted to distinguish her candidacy by offering the most outspokenly feminist message of the field.

But her fiercely feminist message, according to those who study women in politics, offered a powerful test case of the different ways women can run for president, and of the obstacles they continue to face -- even in a field crowded with female contenders.

Lerer didn’t get into how Gillibrand herself made some mistakes until the middle. Even then, there were excuses aplenty, including, of course, “sexism.”

While the other women in the race, like Ms. Klobuchar and Ms. Warren, overcame early attacks on their character, some suggest Ms. Gillibrand struggled to push back against charges that she is too politically calculating -- a reputation that tends to be deployed more negatively toward female politicians than their male colleagues.

“She’s always been politically astute,” said Kelly Dittmar, a Rutgers University professor who studies female candidates. “One of the criticisms that I think is in fact imbued with sexism is that she’s too ambitious and too calculating.”

On one issue, Ms. Gillibrand did stand out -- to her detriment: Al Franken. Ms. Gillibrand faced persistent questions about her position on her former Senate colleague, who retired in 2017 following allegations of sexual harassment. While Ms. Warren and Ms. Harris also called for Mr. Franken to step down -- a fact often mentioned by Ms. Gillibrand’s frustrated aides -- Ms. Gillibrand moved first, awarding herself the credit, and the blame, for the caucus-wide call.

That Mr. Franken appeared to be a factor in Ms. Gillibrand’s campaign shows how female candidates can still face serious backlash for attacking high-profile men.

Lerer previously co-wrote a fawning Gillibrand profile in May 2019 under the pseudo-clever headline: “Women Who Won Are Asked if They Can Win.” The text box on the jump page: “The misogyny Clinton faced in 2016 resurfaces for 2020." The story skipped Gillibrand’s awful polling showing less than 1% favored her candidacy. Her numbers failed to rise in the interim.

It was a quite different scenario 21 months ago, when the paper launched Gillibrand's 2020 campaign on the front of the Sunday National section, under the incredibly sycophantic headline “Senator’s Star Shines as Nation Unites Behind Her Cause -- Gillibrand, Long a Champion of Women, Stays Out Front in a Cultural Reckoning.” At the time, part of her imagined appeal at the paper was being “the first in her caucus to say Senator Al Franken of Minnesota should resign” after multiple credible accounts of inappropriate behavior toward women.

The paper quickly cooled on condemning Franken (conveniently right along with the Democratic Party at large) but at the time the paper ran front-page stories installing the Democrats on the moral high ground while worrying they were just too tough on themselves, unlike those Republicans.

Ironically, back in 2009, the Times thought Gillibrand was too conservative to represent diverse New York State, when the then-one-term representative was picked to replace Hillary Clinton in the U.S. Senate after Clinton resigned to become Secretary of State in the Obama administration, back when Gillibrand actually stood against amnesty for illegal immigrants and supported gun rights.

The takeaway: At the Times, it’s fine to criticize a woman in politics that you suspect may lean conservative, but it’s sexist to criticize one that’s feminist.