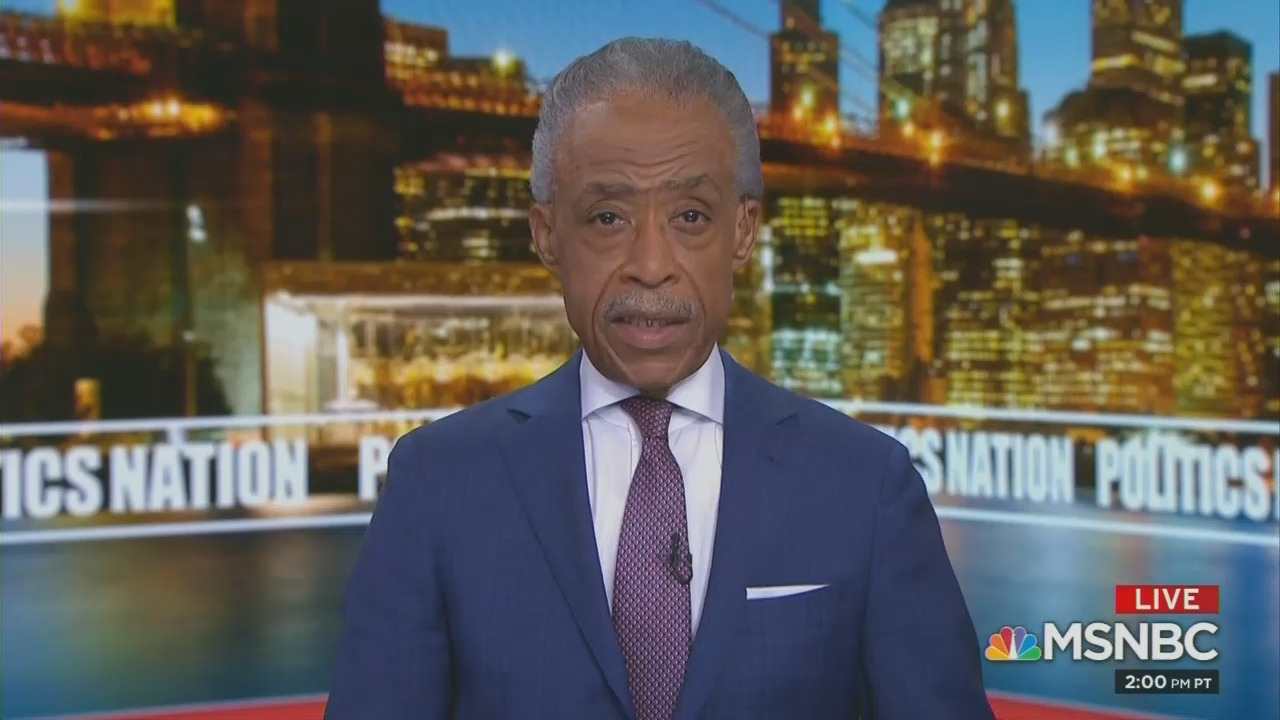 Over the last few days, President Donald Trump has used his Twitter account to go after: the city of Baltimore, Democratic Rep. Elijah Cummings (who represents much of the struggling city) and “civil rights leader” Al Sharpton. The New York Times could not resist, featuring not one but two front-page stories Tuesday, while egregiously calling the racially inflammatory Sharpton a “civil rights leader” and blotting out his past offenses against decency.

The Times lead story, by Peter Baker and Maggie Haberman, led with the race card: “Trump Belittles His Black Critics And Seeks Shield – Meeting With Pastors – President Calls in Allies after Jabs at Sharpton and Cummings.”

President Trump widened his war on critics of color on Monday with new attacks on the Rev. Al Sharpton and other political opponents even as he gathered his own African-American allies at the White House to defend him against charges of racism.

In a third straight day of broadsides against black figures, Mr. Trump denounced Mr. Sharpton on Twitter as “a con man” who “Hates Whites & Cops” and again assailed Representative Elijah E. Cummings and his Baltimore-based district, drawing rebukes from Maryland Republicans as well as Democrats.

Baker and Haberman made sure to make Republicans squirm.

Mr. Trump’s determination to intensify the furor rather than move on guaranteed that it would continue to dominate the political debate in Washington and force many of the president’s fellow Republicans to choose whether to stand by him, break with him or, in the case of most, find a way to keep out of the discussion.

In taking on Mr. Sharpton, the president confronted a fellow veteran of New York’s often inflammatory racial politics. Mr. Trump was evidently peeved that Mr. Sharpton traveled to Baltimore on Monday to denounce the attacks on Mr. Cummings.

Mr. Sharpton, a longtime civil rights leader and MSNBC host, fired back during his appearance in Baltimore.The brief passage criticizing Sharpton left out a lot, and ended with redemption.

Mr. Sharpton has his own complicated history on race. He was an outspoken activist through a string of racially charged episodes in New York in the 1980s and 1990s, and was regarded in that era alternately as a champion of social justice or as a self-promoting provocateur. He drew broad criticism as one of the most vocal supporters of Tawana Brawley, an African-American teenager whose claims of rape by a gang of white men in 1987 were exposed as a hoax.

Mr. Sharpton has reinvented himself as a more measured, mainstream national voice on civil rights, and he ran for president in 2004. His National Action Network has become a force on the political left and even Mr. Trump twice attended its conventions.

The Times has a long history of ignoring Sharpton’s list of offenses against decency, like calling Jews "diamond merchants" during the racial disturbance in Crown Heights in 1991. In Harlem in 1995, Sharpton cursed the white Jewish owner of Freddy's Fashion Mart in Harlem as a "white interloper" in a protest that escalated when a protester entered the store, shot four employees and set the building on fire, killing seven employees. He has defended the anti-Semites Louis Farrakhan and Leonard Jeffries. Only the Brawley case made the paper Tuesday.

A nytimes.com search suggests last time the paper mentioned those Sharpton controversies was in a front-page 2014 story. Before that, the “diamond merchants” smear was mentioned, in an opinion column, back in 1997. The “white interlopers” smear appeared in a Times column in 2003. Reporters James Barron and Jeffery C. Mays garnered attention on Tuesday’s front page by taking a sociological angle in “The Fraught History of 2 New York Personalities.”

Both were enduring characters in New York, their names in headlines, their faces on television. Both began their lives outside Manhattan -- one was born in Brownsville, Brooklyn, the other in Jamaica, Queens -- and both worked their way toward its irresistibly sizzling spotlight. Both were flamboyant attention-getters who found fame on television, Donald J. Trump as a reality-show host, the Rev. Al Sharpton as a cable news commentator.

After mentioning that Sharpton demonstrated against Trump because of Trump demanding the death penalty for the rape defendants known as “The Central Park Five,” they got around to mild criticism of Sharpton’s past, while again leaving much out.

A year or so before the jogger in Central Park was attacked, Mr. Sharpton played a large role in publicizing another case that stunned New York: Tawana Brawley, a teenager from Wappingers Falls, N.Y., near Poughkeepsie, said she had been kidnapped, tortured and raped by a group of six white men who left her smeared with feces, and wrapped in a plastic bag.

But the incident never happened; Mr. Sharpton was found guilty of defamation for claiming that Steven A. Pagones, a former Dutchess County assistant district attorney, had been involved in the assault.

More scrutiny followed, and Mr. Sharpton was indicted on a charge of stealing at least $250,000 from the National Youth Movement, the precursor to his National Action Network. He was acquitted of all charges.

Barron and Mays let Sharpton have the last word in the Sharpton-Trump exchange.

As for being called a con man, Mr. Sharpton said that Mr. Trump must not have meant it.

“If he really thought I was a con man, he’d be nominating me for his cabinet,” Mr. Sharpton said, to laughter at a news conference in Baltimore on Monday. He then added that Mr. Trump had called him “right after he was elected.”

In a separate story defending the honor of “Charm City,” aka Baltimore, reporter Sheryl Gay Stolberg also referred to Sharpton favorably: “Rev. Al Sharpton, the civil rights leader who was in Baltimore for a conference on the black economic agenda....”