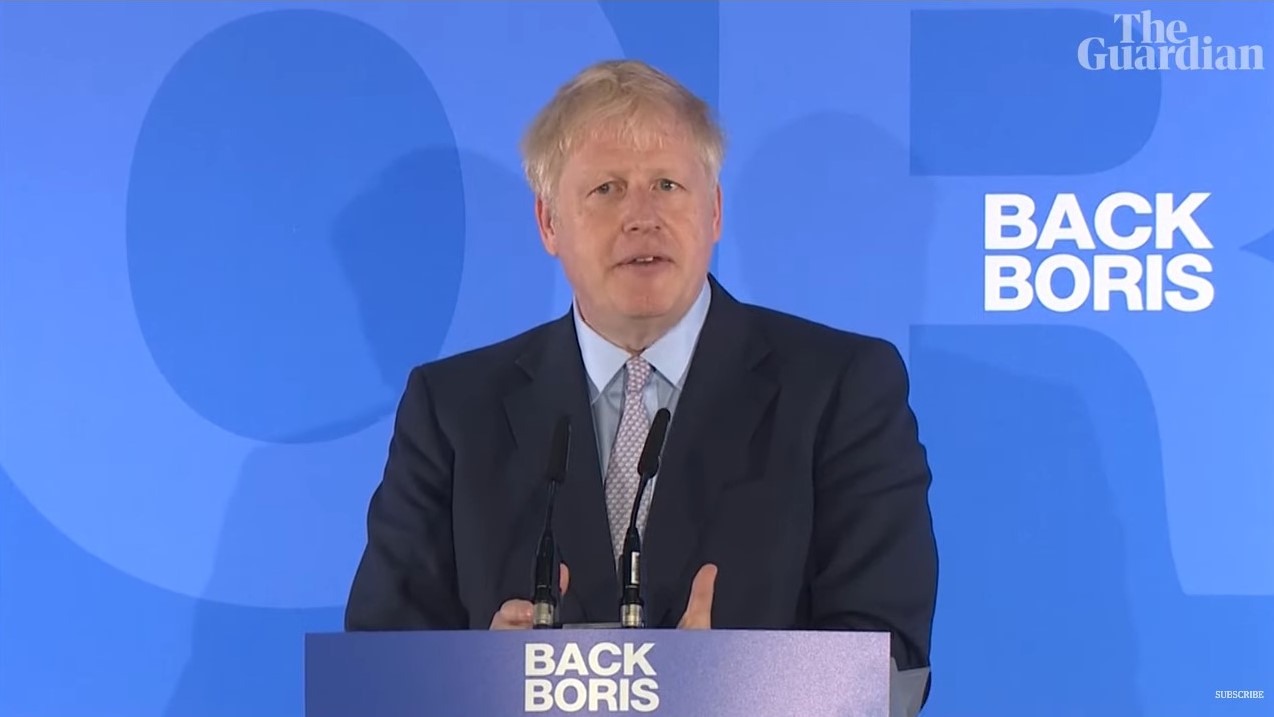 Perhaps they would say, we're just quoting "middle-of-the-road Conservatives" making this charge. Well, then, how "middle of the road" are they? As "moderate" as the New York Times, apparently.

Now, there are questions about whether this new wave has helped radicalize a party already swerving right, distorting the process of choosing the next prime minister while nudging the Conservatives -- and Britain itself -- toward a no-deal Brexit.

Middle-of-the-road Conservatives fear what one lawmaker called a “Talibanization” of the party, with a segment of Brexit apostles exploiting loose party membership rules to wreak havoc. People like Mr. Rawlins, who had long voted Conservative without being a member, say they are simply trying to get through to an out-of-touch party.

The Times just can’t stop whining about how the UK Conservative Party determines its membership. It’s an indirect way to bash Brexit, and Boris Johnson, the Conservative front-runner for prime minister, under the guise of concern for democracy, which is why this rather obscure issue has become a Times obsession of late.

Reporter Ceylan Yeginsu provided the latest example for the Sunday edition, “1% of Voters Will Pick Britain’s Prime Minister. The Rest Are Fuming.” The text box: “Brexit gridlock has many questioning a political system.” Just in time to oppose Brexit. How convenient!

In the 2016 Brexit referendum and the 2017 general election, Henry Pritchard was not eligible to vote. He was too young.

Now, having surpassed the legal voting age, 18, and eager for the government to change its course on leaving the European Union, he is desperate for an opportunity to have his say.

With Prime Minister Theresa May departing and the Oct. 31 Brexit deadline looming, choosing the country’s next leader is one of the most important decisions in a generation or more to confront Britons. But in the coming week’s election, Mr. Pritchard once again finds himself excluded.

Only 160,000 members of the Conservative Party will vote for Britain’s next leader because under the parliamentary system, the prime minister is elected directly by the governing party. And that is not going down well among the 99 percent of the population who feel shut out of the process. The reality that less than 1 percent of registered voters will make the consequential decision at such a critical time has left many questioning the very foundation of their democracy.

“The future of our country is going to be decided by a handful of out-of-touch toffs,” said Chris Richardson, 21, a civil engineering student.

Most galling for many is that the decision lies with the Tories, whose party members are determined to have Brexit delivered by Oct. 31 at any cost. That view has been rejected by the majority of the population but trumpeted by Boris Johnson, the front-runner in the prime minister’s race with a 48-point lead, according to a recent YouGov poll.

Apparently no one among the English left noticed how “unrepresentative” Parliament was until Brexit – just as American liberals didn’t have much problem with the Electoral College until Donald Trump.

Yeginsu used the controversy over representation to get in some Boris-bashing and a liberal call for another referendum.

Betty Logan, a 34-year-old trainee nurse, also dismissed the leadership campaign as an exercise in futility.

“It took Theresa May three years to try and figure it out, and she failed,” said Ms. Logan, who added that she would consider moving abroad with her family if Britain left the European Union without a deal. “How on earth is a backtracking buffoon like Boris going to deliver this in three months? It’s not going to happen. We need another referendum.”