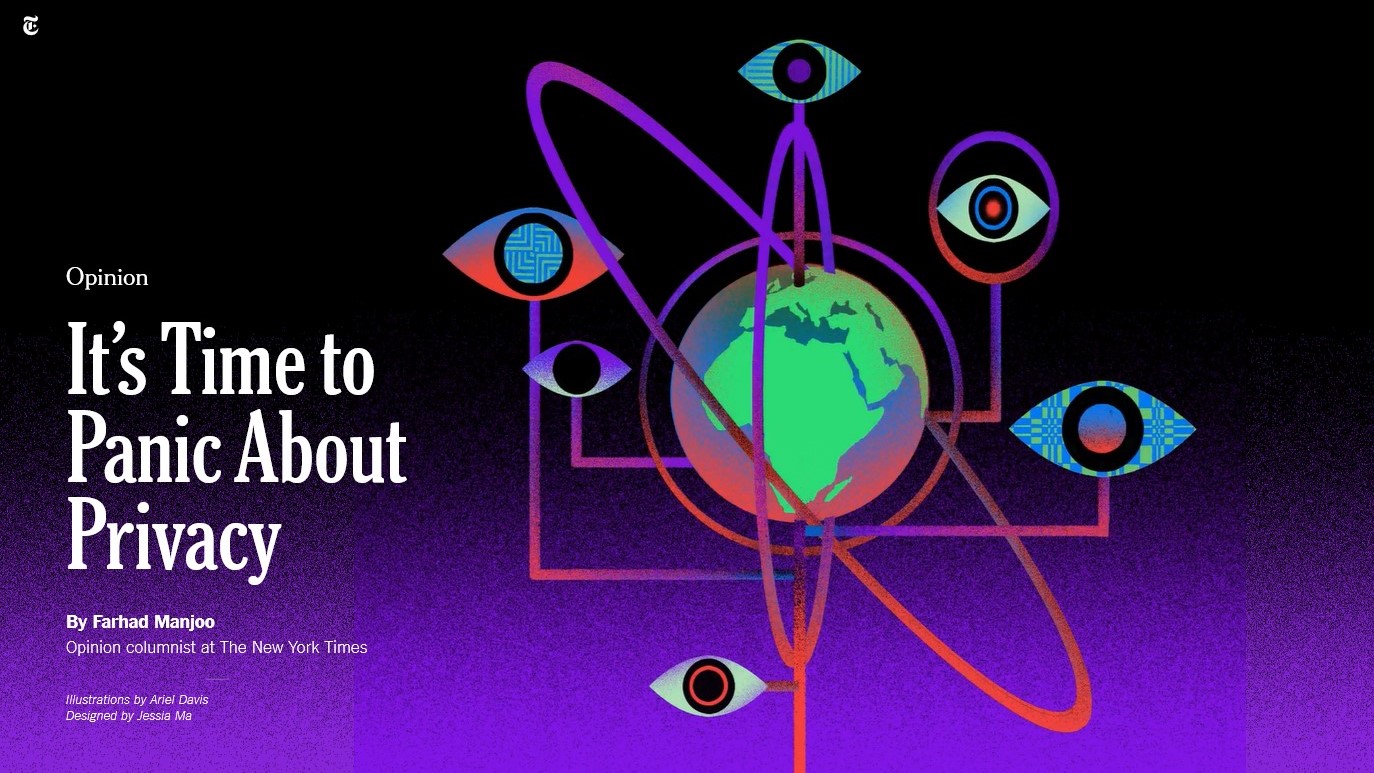 The New York Times pompously (and hypocritically) declared its concern for “privacy” with a special edition of the Sunday Review wholly devoted to the theme: “The Privacy Project.” A string of op-ed headlines across the top front included “What Do They Know, and How Do They Know It?” “What Should Be Done About This?” and “What Can I Do?”

But when it comes to the full concept of privacy, the left-hand doesn’t know what the far-left hand is doing. Times former Federal Reserve reporter Binyamin Appelbaum, who joined the paper’s editorial board, made it into print on Tax Day with “Everyone’s Income Taxes Should Be Public -- Disclosure of tax payments would make it easier to hold politicians accountable. It also would help to reduce fraud and economic inequality.”

(Online, it’s amusingly included in the Sunday Review section, where its anti-privacy message sticks out all the more this week.)

Appelbaum is making the very opposite argument, albeit drenched in the soothing language of “sunlight.” To sum up: Let the general public know how much you make, how you make it, even what charities you donate to, in the name of reducing income inequality, or something (can you imagine what Twitter will look like when left-wing rage mobs get access to their foes’ tax returns?).

In October 1924, the federal government threw open for public inspection the files that recorded the incomes of American taxpayers, and the amounts they had paid in taxes.

Americans were gripped by a fever of interest in the finances of their neighbors. This newspaper devoted a large chunk of the front page to a list of the top taxpayers in Manhattan under a banner headline that read “J.D. Rockefeller Jr. Paid $7,435,169.” One story reported that a number of wives and ex-wives had lined up at a government office in New York to seek information about their present or former husbands. Journalists soon began to note the curious absence of some conspicuously wealthy people from the lists of top taxpayers.

There is every reason to think that sunlight served the desired purpose. One important piece of evidence is that wealthy Americans absolutely hated the disclosure law, and soon persuaded Congress to execute a U-turn.

Almost a century later, it’s time to revisit the merits of universal public disclosure. Democrats in Congress are fighting to obtain President Trump’s tax returns under a separate 1924 law, written in response to related concerns about public corruption. That issue could be resolved, at least in part, if Congress embraced the broader case for publishing everyone’s tax bill.

Appelbaum added "Another benefit would be identifying patterns of illegal discrimination against women or minorities." He admitted that his proposal flew in the face of privacy concerns (remember those?), then dismissed them.

Calling for more disclosure may seem discordant at a time of growing concern about privacy. But income taxation is an act of government, not an aspect of private life....

That practice was briefly revived in 1924. It’s time for another revival. The question is whether Americans are willing to endure a little sunlight in the interest of fairness and equality.

The tweet of the piece is getting savaged, including many invitations that Times reporters set an example by releasing their returns first.

Appelbaum’s call for stripping away confidentiality in the way Americans make their livelihood and what they do with their money makes the Sunday Review’s furrowed-brow pieces, like “How the Times Thinks About Your Data” (by Times publisher A.G. Sulzberger) ring hollow and hypocritical.