NY Times Celebrates 'Nerd' Warren on Page One: 'Had Many in the Audience Cheering'

In Monday’s New York Times, political reporter Astead Herndon, who wrote a reasonably tough article on Democratic presidential candidate Elizabeth Warren in December, does a kind of penance in a front-page story from a rally in South Carolina, “To Get Leg Up, Warren Aims to ‘Nerd Out.”

Warren, who is pushing a hard-left confiscatory tax plan as her political calling card, is cast as endearingly nerdy and wonky (Herndon’s favorite word). 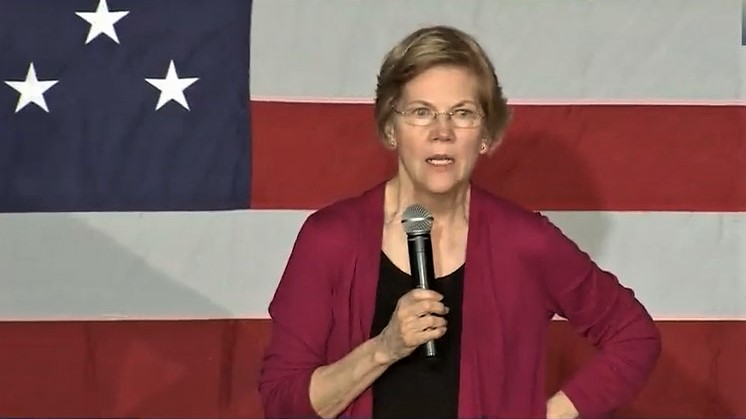 The gym was hot. The lights malfunctioned. But the audience of nearly 1,000 people was engrossed as Senator Elizabeth Warren, the Massachusetts Democrat and presidential hopeful, did what she does best: “nerd out,” as she puts it.

After talking up gun control laws and criminal justice reform on a recent South Carolina campaign swing, Ms. Warren dug into the nitty-gritty of free market regulation and the Consumer Financial Protection Bureau, a federal agency she helped create, which has returned more than $12 billion to people in refunds and canceled debts. Nothing made her more enthusiastic.

By the end, she had many in the audience cheering.

Almost one month into her presidential campaign, Ms. Warren’s passion for policy minutiae has become her way of standing out in an increasingly crowded Democratic field, establishing herself as a wonk’s wonk whose expansive ideas and detail-oriented speaking style are her bid for a good first impression on voters....Ms. Warren is making a personal and political wager that audiences care more about policy savvy than captivating oration.

Warren’s supposed problem is a compliment couched as a criticism: She might be too brainy.

On one level Ms. Warren is running as herself: a former Harvard law professor who likes getting into the weeds of policy. She is also trying to avoid the political trap of adopting a poll-tested, all-things-to-all-people persona and coming off as inauthentic. But some Democrats say she runs the risk of being seen as out of touch and too intellectual and offbeat.

Ms. Warren’s political strategists believe that after years of Mr. Trump’s leaning on catchphrases and easy-to-digest proposals like “build the wall,” Democrats want a nominee who articulates a detailed vision for America. They point to the 2018 midterm elections, where several successful Democratic candidates talked at length about issues and tried to engage voters directly by their favorite means: streaming themselves on Instagram Live in some cases, expounding on bankruptcy law in others.

This exchange was reminiscent of the congratulatory article the Times ran about the so-called party of science earlier this month. A fan thanked her for the Bankruptcy Reform Act of 2018. “Yes, it’s a nerd thing,” Ms. Warren responded, drawing laughter from the crowd. “It’s a nerd thing,” Mr. Goetz agreed. “It’s absolutely a nerd thing.”

Herndon could not get enough of the “wonk” motif.

Mr. Trump is already trying to do the same to Ms. Warren by slurring her as “Pocahontas” and casting her as too liberal for the American electorate. But her tendency to embrace her inner wonk predates that nickname and is not a newly conjured attempt to push back at him.

Herndon loves candidates who talk (hard-left) policy, and the experts are as radical as the candidate:

....On Thursday, Ms. Warren announced a plan that would impose a new annual tax on the 75,000 wealthiest families in the United States. The proposal would raise $2.75 trillion in tax revenue over a decade, according to calculations by Emmanuel Saez and Gabriel Zucman, two University of California-Berkeley economists who consulted with Ms. Warren on the plan.