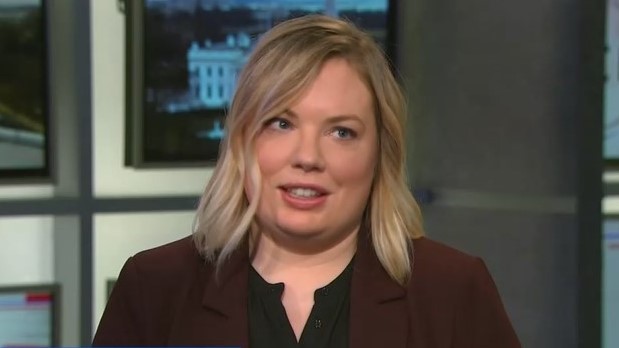 New York Times political reporter Katie Rogers specializes in fan notes to prominent Democrats like Hillary Clinton, Chelsea Clinton, and Barack Obama. In Friday’s edition (before Trump ended the shutdown showdown) she tied the government shutdown to a vintage revolutionary left-wing motif in her “White House Memo,” “A Team of Millionaires Haunted by the Ghost Of Marie Antoinette.” The online headline: “A ‘Let Them Eat Cake’ Shutdown? Democrats Make the Most of an Administration’s Missteps.”

President Trump has not gone out of his way to demonstrate any particular empathy for the 800,000 federal workers affected by the government shutdown, but he has been relatively careful about what he has said about them.

But Mr. Trump has stocked his administration with millionaires and the garden-variety wealthy who have not been as careful with their messaging, and Democrats are making the most of it. 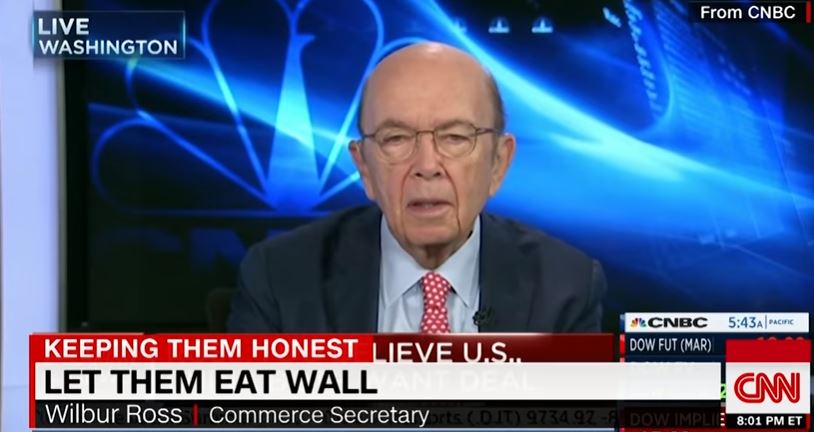 The ripest partisan target is Wilbur Ross, the commerce secretary, who pads around Washington in $600 embroidered slippers and is known for frequenting high-end restaurants. On Thursday, he expressed confusion about why furloughed federal workers were visiting food banks....

“Is this the ‘let them eat cake’ kind of attitude,” Ms. Pelosi said, “or call your father for money?” -- a reference to an earlier taunt of the president after a shutdown meeting.

Rogers chided Trump for not getting the “nuanced” Democratic criticism.

Mr. Trump, appears to be listening to the Democratic criticism but not responding to the nuances of it.

On Thursday, he appeared to be watching the news conference where Ms. Pelosi made her reference to Marie Antoinette. As she was speaking, he cherry-picked a snippet of her criticism as a real-time rebuttal for his Twitter feed -- one that seemed to miss her larger point about his administration being too out of touch to understand the problem.

Mr. Trump’s allies have maintained that he cares about federal workers, but experts have not seen this in practice....

Rogers offered no sources in defense of the Trump approach.

But it appears that the only people affiliated with the Trump administration comfortable with acknowledging the toll it has taken on federal workers are people who have left it.

“It’s time to fundamentally transform our tax code so that we tax the wealth of the ultrarich, not just their income.”

Note this isn’t a standard income tax, but a possibly unconstitutional wealth tax, though Tankersley skipped that debate.

Ms. Warren’s so-called ultramillionaire tax would levy a 2 percent annual tax on all assets -- including stocks, real estate and retirement funds, held either in the United States or abroad -- owned by households with a net worth of $50 million or more. It would add an additional 1 percent “billionaire surtax” on households with net worth exceeding $1 billion, a group that includes President Trump.

Next up: Legislation by anecdote?

Mr. Saez and Mr. Zucman’s work shows that the wealthiest 0.1 percent of families -- roughly the group that would be hit by Ms. Warren’s proposed tax -- now hold 20 percent of all wealth in the United States. Their share of the nation’s wealth has doubled since 1985. In a recent sign of billionaire prosperity, the hedge-fund manager Kenneth Griffin paid $238 million for a Central Park apartment this week, more than doubling the previous record for a home purchase in the United States.

The projected revenue from Ms. Warren’s proposal would be enough to pay for several policy initiatives that she and other Democrats have proposed, including universal prekindergarten, a $1 trillion federal infrastructure spending push and widespread debt relief for student loans....

Conservative groups, business leaders and some other high-earning Americans have criticized Democrats’ calls for increased taxes on high incomes, saying they would dampen economic growth. Some of those same groups were quick to criticize Ms. Warren’s wealth-tax proposal on Thursday.

Kevin Williamson at National Review hit it hard under the subhead: “Elizabeth Warren is not proposing a tax; she’s proposing asset forfeiture.”