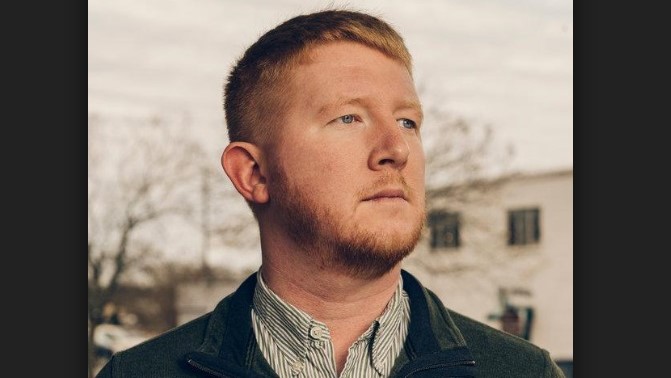 The New York Times has been on a kick to normalize and mainstream the Democratic Socialists of America, and the crusade continued in Thursday’s edition with a long flattering half-page profile of Lee Carter, a socialist who represents Manassas, Virginia, in the state House of Delegates.

Reporter Farah Stockman’s story “Challenge to the Status Quo Not Seen Before in Pro-Business Virginia” came with a huge photo of a noble Carter looking thoughtful. The online headline was more direct: “How One Socialist Lawmaker Is Trying to Change His State’s Pro-Business Policies.”

When the state of Virginia recently struck a deal with American chip maker Micron to expand in Manassas, both Gov. Ralph Northam, a Democrat, and the local mayor, Hal Parrish, a Republican, attended a ceremony celebrating the news.

But not Lee Carter, the self-described socialist who represents this Virginia suburb in the state’s House of Delegates.

Instead, he blasted the deal on social media as “corrupt,” noting that it gave the well-off company $70 million in government grants to create 1,100 jobs.

The recent midterm elections showcased the growing popularity of candidates who identify as socialists. Representatives Alexandria Ocasio-Cortez of New York and Rashida Tlaib of Michigan, who were sworn in just weeks ago, have already attracted widespread attention as members of Congress. In state legislatures across the country, about a dozen newly elected socialists are also just embarking on their terms.

Virginia politics has never before seen someone quite like Mr. Carter. In a state where Democrats and Republicans alike boast of being pro-business, Mr. Carter has waged a lonely battle against companies that seek funding from the public coffers, in addition to tax breaks, in exchange for bringing more business to Virginia.

He has yet to see any of his bills passed. But he is part of a nascent movement in Virginia that is challenging the large influence that corporations typically enjoy in the state....

The upcoming election also sets the stage for a struggle over Virginia’s future between those who believe that prosperity lies in wooing more businesses and those like Mr. Carter, who believe it comes from making businesses share more of their wealth. While Virginia is the 12th largest economy in the country by gross domestic product, according to the Virginia Economic Development Partnership, it ranks 26th in income equality, according to the American Community Survey.

Still, Mr. Carter has attracted a nationwide following. Like Ms. Ocasio-Cortez, or “AOC” as her fans call her, he has forged a strong bond with struggling constituents by sharing his own financial troubles. A former Marine who depends on a G.I. Bill stipend to make ends meet, he admits that he pockets the $213 dollar per diem given to Virginia state lawmakers during the 46-day legislative session, staying at a friend’s house instead of a hotel. Lawmakers are paid $17,640 a year for their work.

Mr. Carter is uninterested in presenting a typical politician’s varnished image. On Twitter, he has revealed every negative bit of personal information about himself that he can think of: He has been fired from jobs. He is still struggling to get his college degree. He is in the middle of a messy divorce from his third wife.

Then there was this Twitter post, which caused the Virginia political establishment to clutch its collective pearls: “Just like everyone else under 35, I’m sure explicit images or video of me exists out there somewhere. That’s just a reality of dating in the smartphone era.”

But even those who disagree with Mr. Carter’s stance on Amazon and Micron say he has elevated the level of public debate.

And in September, reporter Maggie Astor penned a bizarrely enthusiastic "Choose Your Own Adventure”-style promotional quiz promoting the Democratic Socialists of America.