NYT Hits ‘Say Nothing’ Kavanaugh, But Gentle on Liberal Nominees ‘Sticking to the Script’

New York Times Supreme Court reporter Adam Liptak was harsh on Trump’s Supreme Court nominee Brett Kavanaugh, suggesting his testimony before the Senate Judiciary Committee last week had no redeeming interest. Sunday’s front-page analysis by Liptak appeared under the harsh headline “A Simple Script: Saying Nothing, Over and Over.” That’s not the tone the paper took with the reticent liberal nominees Sonia Sotomayor and Elena Kagan, put forth by Barack Obama. 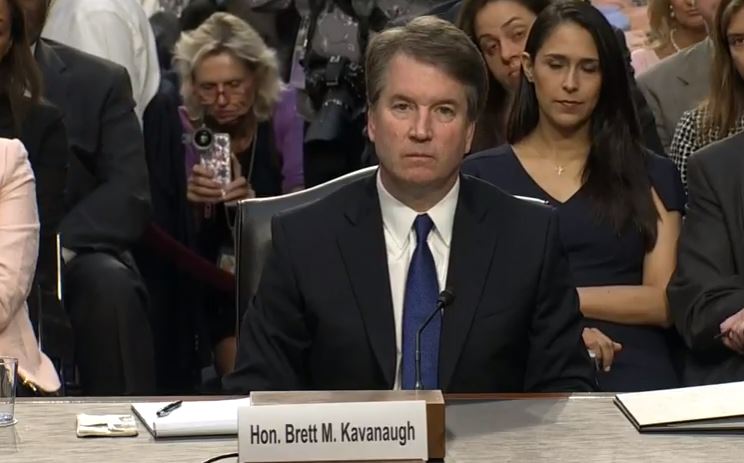 All Supreme Court confirmation hearings are, in a way, empty exercises, but most have a redeeming feature or two. For a few moments, at least, the nominee can come into focus.

Judge Kavanaugh must have studied earlier confirmation hearings carefully, as he had absorbed all of their key lessons: Say nothing, say it at great length, and then say it again.

Liptak was aggrieved about Kavanaugh’s unruffled air, given what was apparently a grave and ominous day for the country (i.e. the forming of a Supreme Court with less liberal activism on hot-button topics like abortion).

His mild affect and canned paeans to the rule of law masked the importance of the moment. His confirmation would represent the culmination of a decades-long project of the conservative legal movement, one that would supply the fifth vote needed put it in firm and lasting control of the Supreme Court.

There was a circular quality to the proceedings that might have been amusing in different times.

Judge Kavanaugh took the same advice. He is an accomplished judge respected by the current justices, and he demonstrated a seemingly complete command of Supreme Court precedent.

He was knowledgeable but not glib, effortlessly summoning the names and summarizing the details of old decisions without indicating how they would apply to new controversies.

In all, said Lori A. Ringhand, a law professor at the University of Georgia, the hearings were the most contentious since 1991, when Justice Clarence Thomas faced accusations of sexual harassment.

“I am troubled by what seems to be a move toward less transparency and responsiveness,” Professor Ringhand said....

Liptak found a second professor to declare themselves unimpressed with Kavanaugh’s performance.

Professor Collins said he was surprised by Judge Kavanaugh’s approach.

“The Democrats made a fairly strong case that Judge Kavanaugh is very partisan and loyal to the president,” he said. “The nominee’s refusal to criticize the president in his attacks against the judicial branch didn’t help his case.”

Yet Liptak’s curtain-raiser for Obama’s first Supreme Court nominee Sonia Sotomayor hearings in the summer of 2009, while covering similar ground, was notably gentler on the liberal nominee: “Path to Court: Speak Capably But Say Little.”

Going forward a year to the hearings for Obama nominee Elena Kagan, reporters Charlie Savage and Sheryl Gay Stolberg were also far more accepting of the nominee’s content-free answers, as NB's Tim Graham pointed out previously, finding this quote: b

But while Ms. Kagan may have stuck to her script, she was hardly wooden or bland. With her New York accent and wry sense of humor, she showed flashes of her playful side.

Covering Day Two of the Kagan hearings (“In 2nd Day of Quizzing, Kagan Sticks to Script") Savage and Stolberg again seemed happy with Kagan’s evasions and excused them.

But try as they might, Republicans could not knock Solicitor General Elena Kagan off her stride. And as her second day of questioning by the Senate Judiciary Committee wound down on Wednesday, some conceded that her confirmation to the Supreme Court was all but assured....During nearly eight hours on the witness stand Wednesday, Ms. Kagan hewed closely to the script she had set out for herself the day before....but exceedingly carefully on subjects that, like same-sex marriage, might come before the court.