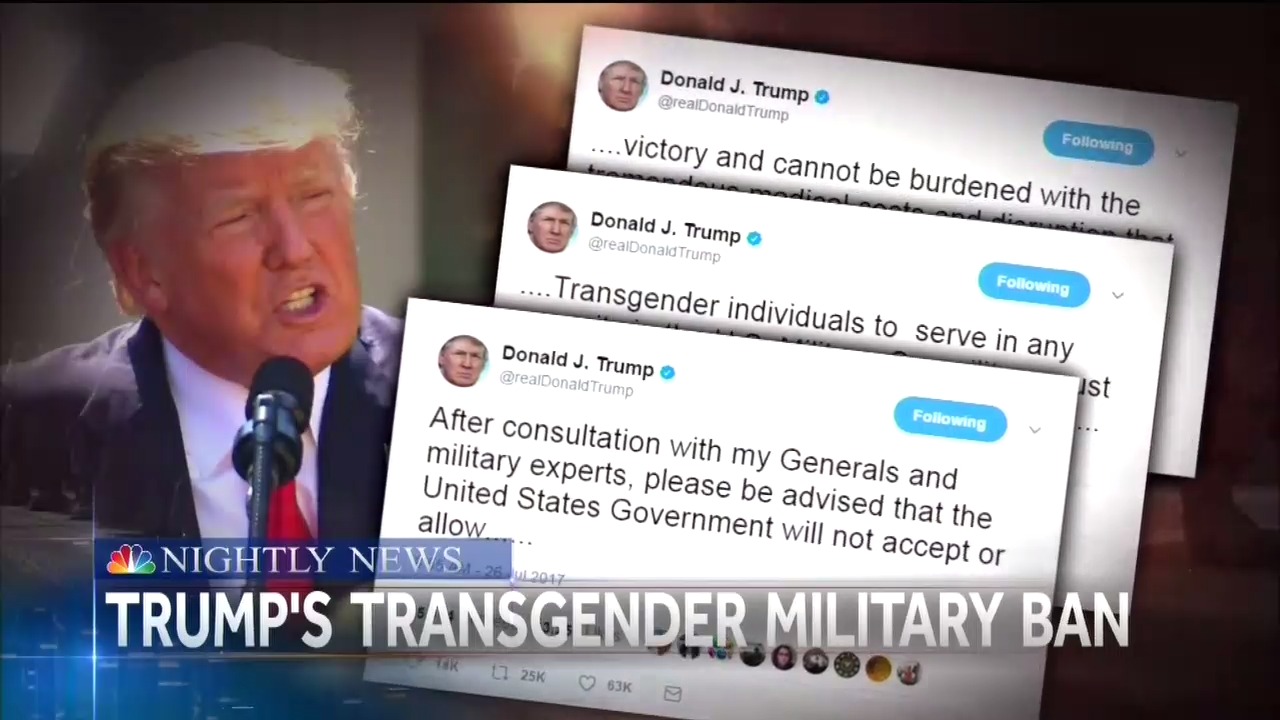 The New York Times’ Pentagon reporter Helene Cooper evidently finds the personal stories of transgender military service members much more compelling than all that boring stuff about national defense and fighting terrorism. That was the revealing if unintended takeaway from her Sunday piece, prominently placed on page 2, on Trump’s tweet announcing a ban on transgenders in the military: “When Soldiers Plead Their Humanity.” The online headline was even sappier: “A Pentagon Correspondent Keeps Sight of the Person Inside the Uniform.”

In the time that I’ve been covering the American military, I have fought the urge to vomit during a catapult takeoff from an aircraft carrier in the Persian Gulf, convinced myself that I was dying of blood loss when the Humvee I was in was run over by a tank in Iraq, and battled nerves and stomach heaves from an ejection seat of a B-1 bomber, wondering what the heck I thought I was doing 27,000 feet in the air.

And yet I suspect that in years to come, when I am recounting what it was like to be a Pentagon correspondent, I will remember far more the combination of hurt and defiance in the voice of a transgender American service member when I asked him how it felt to wake up Wednesday morning to a tweet from President Trump that he was no longer welcome in this country’s all-volunteer military.

“To know your own commander in chief doesn’t support you is totally demoralizing,” Navy Lt. Cmdr. Blake Dremann told me. Still, he said he would continue to serve until the Navy comes and “tells me to hang up my boots.”

Cooper’s emotional, supportive tone was quite different from her dry, almost dismissive mentions of what the military is actually designed to do: Sending soldiers into war zones, and killing terrorists:

Pentagon reporters don’t usually do feelings, and we certainly don’t spend a lot of time talking to service members -- many of whom are skittish about speaking on the record to reporters anyway -- about their feelings on Defense Department policy. Often they will just spout the standard American military line, because they don’t want to get into trouble with their superiors. But the transgender story is different because at its heart, it is a story about how this country treats the men and women who volunteer to defend America from its foes. It is not my usual story about how many Islamic State fighters we took out yesterday or how many troops the country will send to Afghanistan.

Cooper readily grasped parallels between transgenders in the military and anti-black racism (numbers are hard to come by as to how many transgenders serve, but the best figures available are rather paltry).

I kept imagining what it would have been like covering the Civil Rights Movement and asking black people what it was like to be told they were not equal to white people. “How did you feel, Ruby Bridges, when those people threw eggs at you as the U.S. Marshals escorted you to that elementary school in New Orleans?”

Then suddenly you’re talking to one of the 1.3 million people who signed up to defend their country, wrestling with how to portray the truth of their feelings while preserving their dignity and livelihoods.

All 1.3 million will be wrestling with transgender issues? Unlikely.