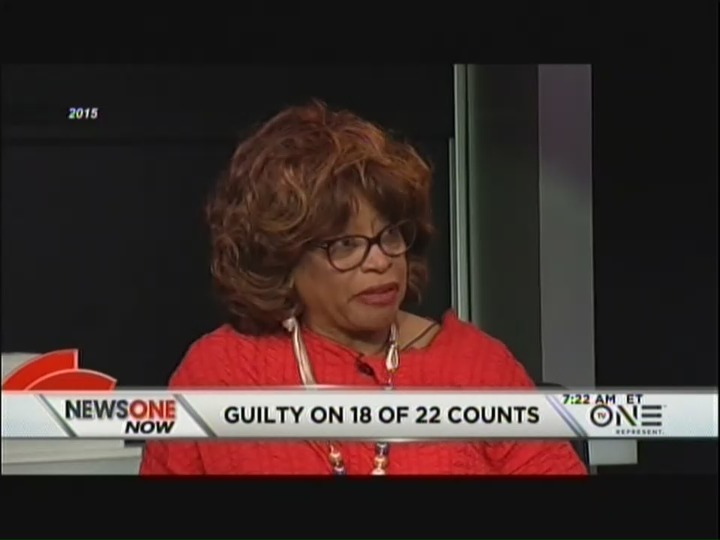 Name that party, New York Times edition. On Friday, reporter Matt Stevens covered the verdict in the trial former Florida Democratic Rep. Corrine Brown. “Ex-Congresswoman Is Guilty Of Operating a Fake Charity.” It would seem a juicy story of liberal hypocrisy and greed involving a prominent veteran liberal. Yet the Times initially failed to even mention that Brown is a Democrat, though it had every chance in the 571-word story to cite her Democratic party affiliation.

Corrine Brown, a former longtime United States representative from Florida, was convicted on Thursday of taking for herself thousands of dollars in donations that were meant to fund student scholarships.

Ms. Brown, 70, served in the House of Representatives for more than two decades and was one of the first African-Americans elected to Congress from Florida. But she lost her seat in a primary election in August, just weeks after she was indicted on federal conspiracy and fraud charges.

In all, a federal jury in Jacksonville, Fla., found Ms. Brown guilty on 18 of the 22 counts in an indictment that charged her with conspiring with others to run the fraudulent charity, filing false tax returns and other crimes, according to the Justice Department. She faces a lengthy prison term. No sentencing date has been set.

The seventh paragraph was just pathetic in skipping over the obvious detail of her party affiliation.

Prosecutors said Ms. Brown, a resident of Jacksonville, was aided in the conspiracy by her former chief of staff, Elias Simmons, known as Ronnie, and Carla Wiley, the president of the fraudulent charity. Mr. Simmons and Ms. Wiley have pleaded guilty to their roles in the scheme, the Justice Department said.

"A resident of Jacksonville?" Is that as specific as a good reporter can get?

Evolving versions of the story captured by Newsdiffs show that a single reference to Brown’s party affiliation was thrown into that paragraph early Friday morning, too late for the national print edition:

Prosecutors said Ms. Brown, a Democrat who lives in Jacksonville, was aided in the conspiracy by her former chief of staff, Elias Simmons, known as Ronnie, and Carla Wiley, the president of the fraudulent charity. Mr. Simmons and Ms. Wiley have pleaded guilty to their roles in the scheme, the Justice Department said.

By contrast, the Times’ Christine Hauser couldn’t wait half a sentence before identifying former Rep. Aaron Schock as a Republican when he was indicted for wire fraud last November:

Aaron Schock, the former Republican representative from Illinois whose taste for first-class travel and a “Downton Abbey”-themed office design led to questions about his judgment and adherence to spending rules, was indicted on Thursday by a federal grand jury on 24 counts, including wire fraud and theft of government funds.

The photo caption also made sure to label Schock: “Aaron Schock, a former Republican representative from Illinois, was indicted on 24 counts on Thursday.”

By contrast, the photo caption accompanying the Brown story gave the Democrat the benefit of the doubt: “After she was convicted on Thursday, Corrine Brown, a former United States representative from Florida, said she disagreed with the jury’s decision and would seek a new trial.”

It’s far from the first time the Times has been caught utterly ignoring the inconvenient party affiliation of a Democratic congressman involved in a scandal – or of emphasizing any Republican connections. A particularly stark example here.