Another result of the Trump administration: It has made die-hard anti-Communists out of the New York Times. After Trump accused fake news purveyors of being an “enemy of the people,” the Times talked about the depredations of international communism on its front page Monday, if only to compare Trump to Josef Stalin and Mao Tse-tung.  Andrew Higgins' dispatch (dateline Moscow) was headlined “Phrase With a Venomous Past Now Rattles American Politics" and came complete with a jump-page photo of Soviet dictator Nikita Khrushchev.

The phrase was too toxic even for Nikita Khrushchev, a war-hardened veteran communist not known for squeamishness. As leader of the Soviet Union, he demanded an end to the use of the term “enemy of the people” because “it eliminated the possibility of any kind of ideological fight.” 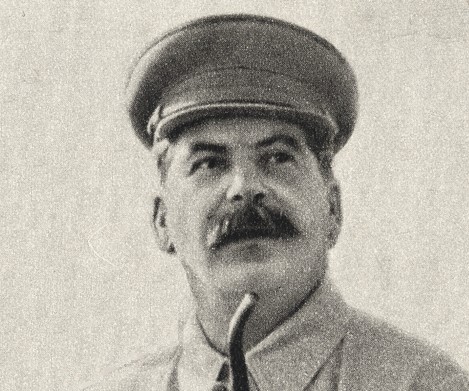 “The formula ‘enemy of the people,’” Mr. Khrushchev told the Soviet Communist Party in a 1956 speech denouncing Stalin’s cult of personality, “was specifically introduced for the purpose of physically annihilating such individuals” who disagreed with the supreme leader.

It is difficult to know if President Trump is aware of the historic resonance of the term, a label generally associated with despotic communist governments rather than democracies. But his decision to unleash the terminology has left some historians scratching their heads. Why would the elected leader of a democratic nation embrace a label that, after the death of Stalin, even the Soviet Union found to be too freighted with sinister connotations?

Nina Khrushcheva, the great-granddaughter of Mr. Khrushchev and a professor of international affairs at the New School in New York, said the phrase was “shocking to hear in a non-Soviet, moreover non-Stalinist setting.” Her great-grandfather, she said, “of course also used Soviet slogans and ideological idioms but still tried to stay away from sweeping denunciations of whole segments of the Soviet population.”

In Mr. Trump’s case, however, he is branding as enemies a segment of the American population -- specifically representatives of what he calls the “fake news” media, including The New York Times....

By using the phrase and placing himself in such infamous company, at least in his choice of vocabulary to attack his critics, Mr. Trump has demonstrated, Ms. Khrushcheva said, that the language of “autocracy, of state nationalism is always the same regardless of the country, and no nation is exempt.” She added that, in all likelihood, Mr. Trump had not read Lenin, Stalin or Mao Zedong, but the “formulas of insult, humiliation, domination, branding, enemy-forming and name calling are always the same.”

After decades of Republicans being compared to Nazis by Democrats and journalists, now Trump is drawing comparisons to Communist dictators. The media and Democrats have accused multiple Republicans and conservative activists over the years of being “un-American,” and questioning their patriotism, without any bouts of self-condemnation.

Stalin, who took over as Soviet leader upon Lenin’s death in 1924, drastically expanded the scope of those branded as “enemies of the people,” targeting not only capitalists but also dedicated communists who had worked alongside Lenin for years, but whom Stalin viewed as rivals.

“He is only alienating them, and they are the people he wants to alienate anyway,” [professor Mitchell] Orenstein continued. “His base sees comparisons with Stalin as just more evidence of the liberal mainstream media going haywire.”

Orenstein is certainly correct on one level: Comparing Trump to Stalin will earn one an accusation of political bias.

Ms. Khrushcheva said Mr. Trump had “been using a lot of this kind of political-ideological branding” favored by revolutionary leaders, deploying terms like “liberal sympathizer” and “language about gloom and doom in America that is much more forcefully negative than that even used by the Russians.”

Higgins thinks Trump is even worse than the murderous Communist regimes of China and Cambodia, at least on one level:

He has also gone one step further than Chinese and Khmer Rouge communists in Cambodia, who generally preferred homegrown insults to those imported from the Soviet Union.

Mr. Short, the Mao and Pol Pot biographer, said Chinese and Cambodian communists, all fiercely nationalistic, rarely if ever used “enemy of the people” in domestic political struggles because it was an alien import. Instead, Pol Pot attacked enemies as “ugly microbes” who would “rot society, rot the party and rot the country from within,” while Maoists coined insults like “the stinking ninth category” to denounce experts and intellectuals.