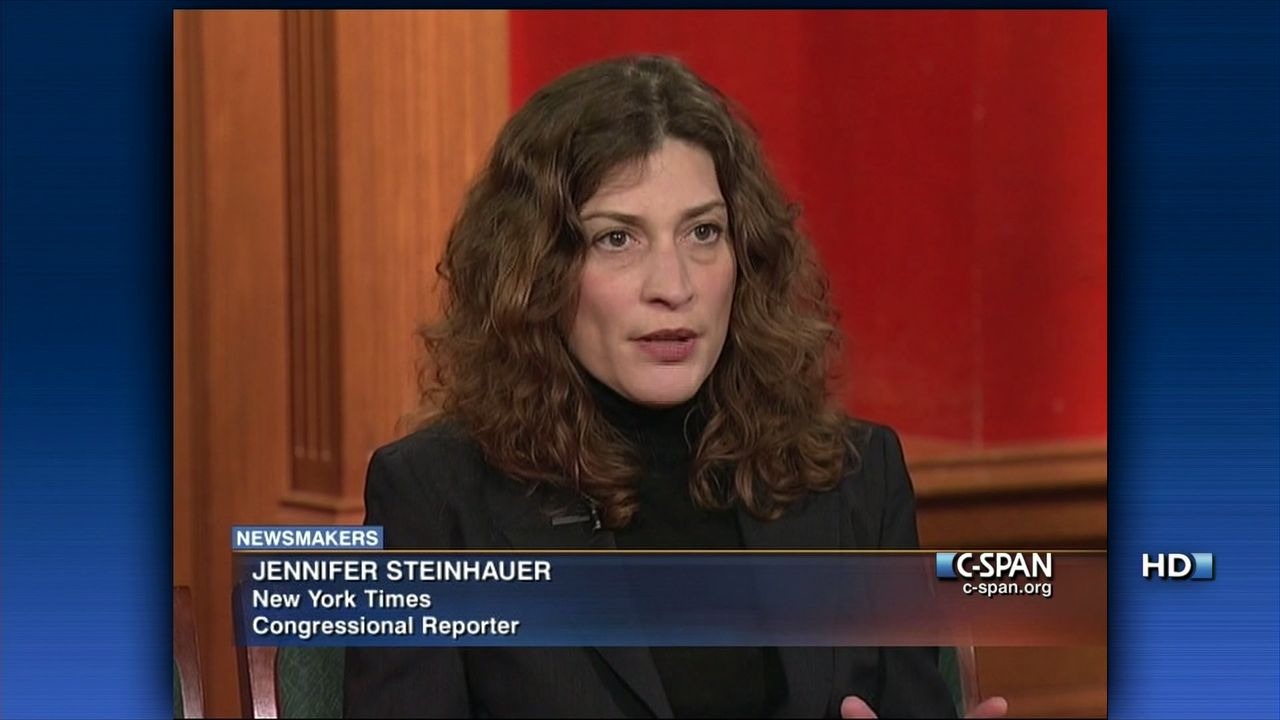 Steinhauer's tone was resentful of the success of the new wave of conservative congressmen, alleging they had achieved their goals through "highly gerrymandered districts" and an "intricately coordinated web of conservative media" (as opposed to the coordinated web of liberal media consisting of ABC, CBS, NBC, CNN, the New York Times, and the Washington Post) and had made it "much harder to get things done" in Washington.

(Back on October 9, Steinhauer teamed with Newsbusters regular David Herszenhorn to pile on conservative members with "hard-line" and "hard-right" labelling.)

Steinhauer wrote for Tuesday's A1:

When 87 Republican freshmen arrived in the House of Representatives in 2011 after an election swayed by the Tea Party movement swept Republicans back into the majority, the question was simple: Would they change Washington, or would Washington change them?

Steinhauer decided that question for the Tea Party caucus, but seemed pretty unhappy about it:

Four years later, the answer seems clear. Buoyed by a vastly increased majority -- Republicans now hold 247 House seats -- highly gerrymandered districts and the rise of an intricately coordinated web of conservative media, the new right has had a significant impact on public policy and the ways of Washington.

Discretionary government spending, the original target of the group, has dropped to 6.5 percent of the economy in 2015, from 9.1 percent in 2010, according to the Congressional Budget Office. Social issues, which had seemed to be receding in legislative fights, have returned full force.

It is also much harder to get things done. The group set off a government shutdown in 2013, came within hours of shuttering the Department of Homeland Security last winter, recently pushed Speaker John A. Boehner of Ohio to announce his resignation and blocked his preferred replacement.

"Harder to get things done," except for reducing the growth of discretionary spending, which many citizens outside the Times find gratifying.

In a recurring Times trope, the paper portrayed conservatives as mindless ideological drones.

They have endorsed a candidate for speaker, Representative Daniel Webster of Florida, who, while not as conservative as many of them, seems attractive largely because of his willingness to do as they say. Their long list of demands of a new speaker has few legislative goals, and focuses instead on getting more authority by changing the rules of the House.

The fury with which they have challenged their own leaders has largely been embraced by their constituents. Those views poured forth in interviews during last week’s congressional recess in five districts represented by members of the Freedom Caucus.

“The activists, the hard-core folks who come to everything, that represent that small percentage of the base -- they are just very excited,” said Representative Mick Mulvaney of South Carolina, an original leader of the new right. “They feel like for the first time something has changed in Washington, D.C.”

The hard-liners come from all over the country, but they are concentrated in more exurban and rural areas in the South and Rocky Mountain West. But their unity so far has been unstinting in wanting change.

Picking through the five profiles of the Freedom Caucus members on A16 uncovers some shining gems of labeling objectivity: A headline over a Herszenhorn profile of Rep. Jody Hice of Georgia read "Finding a Voice That's Hard Line," while a headline over a Steinhauer profile of Rep. Andy Harris of Maryland read "The Pressure To Move Right."