Woke Screen Rant Pummeled by Its Own Facebook Fans 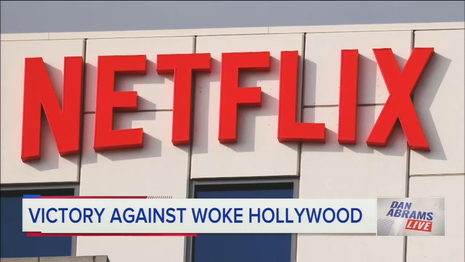 You don’t need a journalism degree to spot the partisan bent of most entertainment sites.

Watch how Variety, The Hollywood Reporter, Deadline and The Wrap frame breaking news. Or, better yet, notice which important stories they ignore. It’s clear they see headlines through a progressive lens, although they don’t admit that up front.

This site says it aloud in its tag line, “The Right Take on Entertainment.” HiT’s mission exists, in large part, because the vast majority of Hollywood news has a robust, left-of-center, bent.

Which brings us to Screen Rant.

The geek culture site once assumed a more neutral position with its content. Now, the site leans to the Left while embracing woke ideology. It explains why it’s aghast that Netflix, the stumbling streaming site, released a manifesto earlier this month extolling free speech.

Netflix’s unorthodox move came in delayed response to the uproar over its 2021 comedy special, The Closer.

Instead, he re-hired Chappelle for more comedy projects and released this statement earlier this month.

Not everyone will like — or agree with — everything on our service. While every title is different, we approach them based on the same set of principles: we support the artistic expression of the creators we choose to work with; we program for a diversity of audiences and tastes; and we let viewers decide what’s appropriate for them, versus having Netflix censor specific artists or voices. As employees we support the principle that Netflix offers a diversity of stories, even if we find some titles counter to our own personal values. Depending on your role, you may need to work on titles you perceive to be harmful. If you’d find it hard to support our content breadth, Netflix may not be the best place for you.

The original Screen Rant story buries its disgust over Netflix’s decision deep in the story. The site’s Facebook page, however, states it upfront.

That sparked a huge backlash among its Facebook followers. For them, ideological diversity and free speech actually matter. Here’s a sampling of the responses:

A few commenters vaguely supported Screen Rant’s position. They were in the extreme minority.