In reaction to the Planned Parenthood fetal tissue harvesting videos, Rolling Stone decided to seek out an expert opinion. In their words, they sought to interview Dr. Cheryl Chastine in Chicago, “an actual abortion provider, not a pundit or a politician — about all this.” As if abortion doctors weren't political activists?

“I didn't go to med school thinking I wanted to provide abortions. I'd always been politically conscious, though, so I worked with some fellow University of Kentucky students to start a chapter of Medical Students for Choice (MSFC).

So much for the promise of interviewing someone who is "not a pundit or a politician.” The author is Andrea Grimes, last mocked here for penning this notion in Rolling Stone: “the myth that Planned Parenthood is a baby-killing behemoth persists, despite all evidence to the contrary.” Grimes is still berating the right-wing "fringe" for its "deliberately misleading videos." 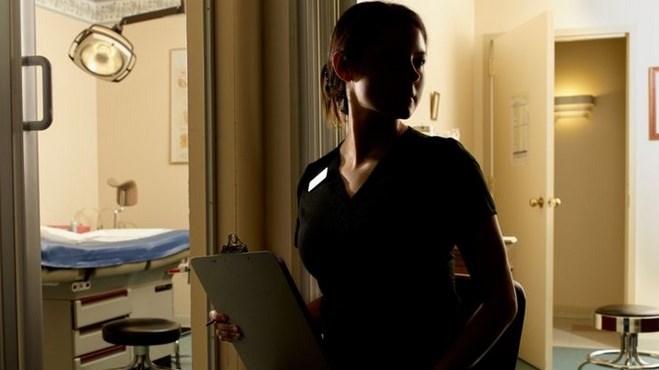 The title was "An Abortion Provider Speaks Out: 'I'll Do Whatever My Conscience Tells Me I Must'. Dr. Cheryl Chastine discusses the recent attacks on Planned Parenthood, and why she provides abortions, despite threats and harassment."

Like many abortion doctors before her, Dr. Chastine was desperate to paint her industry as a victim.

The claim is that providers' [sic] status as providers somehow makes us suspect or biased. It's implied that we can't be trusted. This is simply bizarre and without precedent in the medical world. Infectious disease specialists are regarded as being experts on infectious disease.

Perhaps infectious disease experts are treated with less suspicion because they use their trade to save lives rather than murder children. Just a thought.

Dr. Chastine was quick to slander the pro-life movement as “terrorists.”

So once the national anti-abortion domestic terrorist organizations found out who I was, I was bombarded with calls to my office, nasty comments and veiled threats online ("I wonder if someone will shoot the new provider...").

The local group started picketing my family medicine practice and calling the building's owner, bargaining that I would stop providing abortions.

Threats, veiled or otherwise, are never acceptable. But seriously? Is that "terrorism"? These pro-lifers must be the most impotent terrorists ever. That, or maybe the pro-life groups are not terrorists and are just concerned about the children the abortion industry terrorizes on a daily basis.

Dr. Chastine, with the conviction of a superhero fighting against pro-life villains, assured Rolling Stone that she "wasn't about to let awful tactics like that work, because that would just encourage them to keep doing that to others.”

She went on to brag about all the good she does in aborting children.

I have no regrets about my path. This is even more important, and more rewarding, than I'd thought it could be. Every day I go to work, I can make it possible for someone to leave an abusive relationship, care for their children, continue their education, deal with an illness. Every day, my patients hug me and thank me and tell me I've helped them get their life back.

Actually, Dr. Chastine can't help people “care for their children,” at least not the ones she aborts. As for abortions being the only path to freedom from abusive relationships, Dr. Chastine should consider the history of women being coerced and forced into abortions.

After lamenting the treatment of abortion providers Dr. Chastine complained about the social “calculations” that she has to perform because of her abortion work.

In American culture, work is such a big part of who we are that "What do you do for a living?"...So with every encounter like that, I have to decide whether I want to bring it up. Should I say, "I provide abortions," to my airplane seatmate? My hairdresser?...I don't want to perpetuate abortion stigma by not talking about it, and I'm proud as hell to do what I do….I feel like confronting people with the work that I do, and the need for that work, is a political act. At the same time, though, you never know who might be anti-abortion...I do have to think about whether, say, my hairdresser might call up the groups that harass me and tell them where and when I go there….It's absurd and appalling that I have to think about that. But I make those sorts of calculations every day.

With all this self-pity, Dr. Chastine would have felt right at home at the 2014 National Abortion Foundation's annual meeting in San Francisco. In between lamenting their marginalized status, they laughed at tasteful things like having an infant's eye balls fall into their laps during abortions.

Continuing her victim narrative, she continued her lament over the abortion “stigma.”

Thanks to abortion stigma and violence, we now live in a country where there's not only a shortage of doctors who have the necessary training, but a mismatch between where trained providers live and where services are most needed….In most cases, you have to fight to get training….So now, the only people who become providers are ones who start off ideologically committed to abortion care.

Wait. Most doctors don’t have the training to do abortions? How then can it be a safe procedure?

Also, only the “ideologically committed” become abortion providers? Dr. Chastine devoted the rest of her interview to assessments of the future of abortion, which mostly consisted of more victimhood and scaremongering.

Among my colleagues, I think we're really concerned because it's so clear that this is a politically motivated witch-hunt….As a community, we already feel like we're under siege….Even for those of us who don't work for Planned Parenthood, the message is clear to us that we're next….The main losers in that scenario are poor Americans….

I've believed keeping abortion legal and accessible depends on electing a Democrat. No matter who the GOP candidate is, if they win, they'll almost certainly be able to replace one of the liberal justices with a conservative, and that will effectively overturn Roe v. Wade and end abortion access in most of the U.S.

You can bet anti-abortion strategists know that, too. But I'm pretty sure the country at large doesn't. And most people don't really think about abortion access until they need it themselves. American moralizing about sex turns into prudish discomfort and disapproval of abortions and the people who need them. But when they themselves have a pregnancy they can't continue, they're distraught about all the things they might have said were reasonable before: forced ultrasound viewing, demeaning waiting periods, biased or false "information," unconstitutional gestational limits, expensive and irrelevant facility upgrades.

As "abortion access" shrinks, Dr Chastain insists "we'll see a huge spike in the number of pregnancy terminations — self-induced and performed illegally," and plans to be there: "As for me? It's my mission to care for these patients. I'll do whatever my conscience tells me I must."

And the “ideologically committed” Rolling Stone is only too happy to oblige in promoting that "conscience." Even at the cost of sound journalism.