Politico posted a curious headline the other day. “News anchors fight back against GOP senators’ refusal to condemn Trump.” Is it really news at this point that “news anchors” are fighting the GOP? 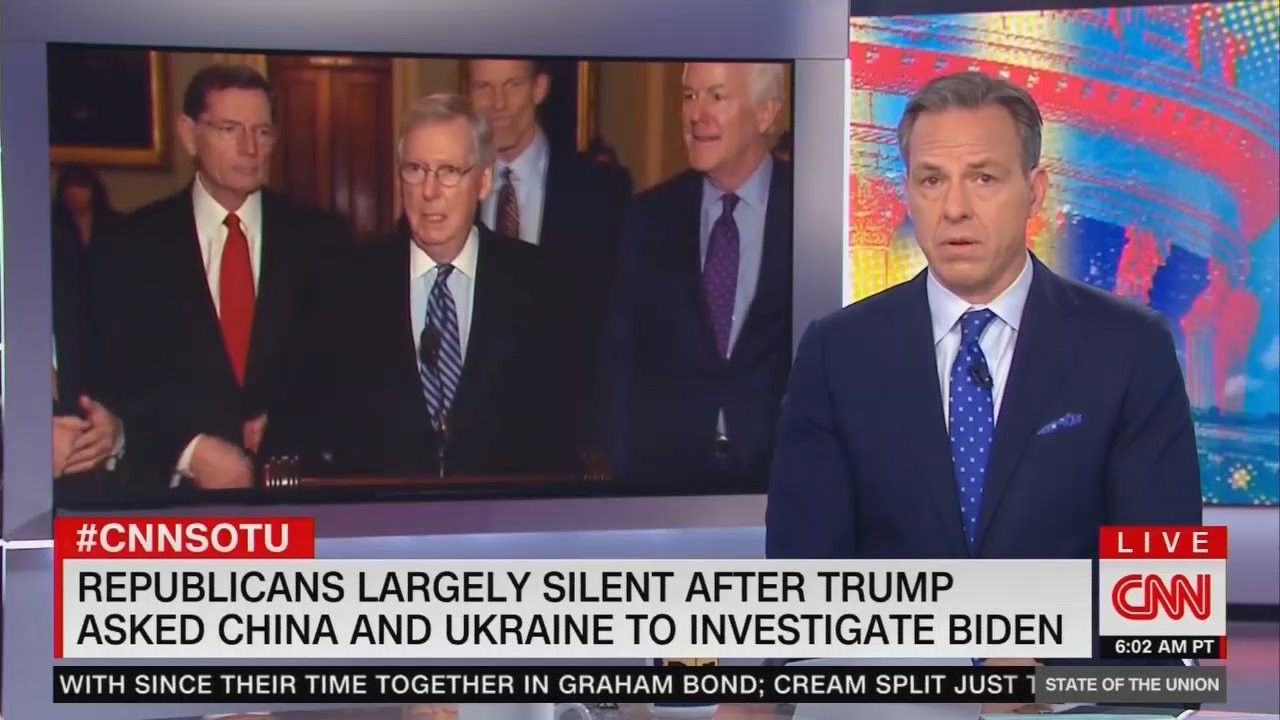 Tapper proclaimed on Sunday that no Republican Senate or House leaders would appear on his State of the Union program to defend Trump. Then he told Calderone he doesn’t think it should be controversial to say that “using your political office to push foreign nations to dig up dirt on your political opponents” is wrong, as he implored Republicans to say on his show.

But Tapper wasn’t done lecturing. “This is a precedent that will destroy the concept of free and fair elections,” he told Calderone. “It’s not really picking any sort of bold moral stance to say that you can’t have that. I don’t know why so few people are willing to say it.” Calderone then noted no Republican senator has appeared on CNN or MSNBC since September 25, when “Ukrainegate” began.

This is remarkably disingenuous. We’re in the middle of an “impeachment inquiry,” and CNN and MSNBC have been eager to remove Trump from office since the day he was elected, at least as eager as the Democrats. This is simply undebateable. Why should it be a scandal for Republicans to avoid these channels?

A better question might be: What took so long? Republicans accomplish nothing by appearing on MSNBC and CNN other than to give them some notion of nonpartisan credibility, something they manifestly don't deserve.

Tapper and his fellow anchors are fiercely decrying foreign governments interfering in our elections, or allegedly being badgered into interfering. But they consider it a crackpot "conspiracy theory" from the Fox News crowd when you start talking about how the Obama administration was spying on the Trump campaign. You can't talk about the Clinton campaign paying a British spy to dig up dirt on her opponent from Russian government sources. That hypocrisy is why this impeachment effort is so ridiculous. 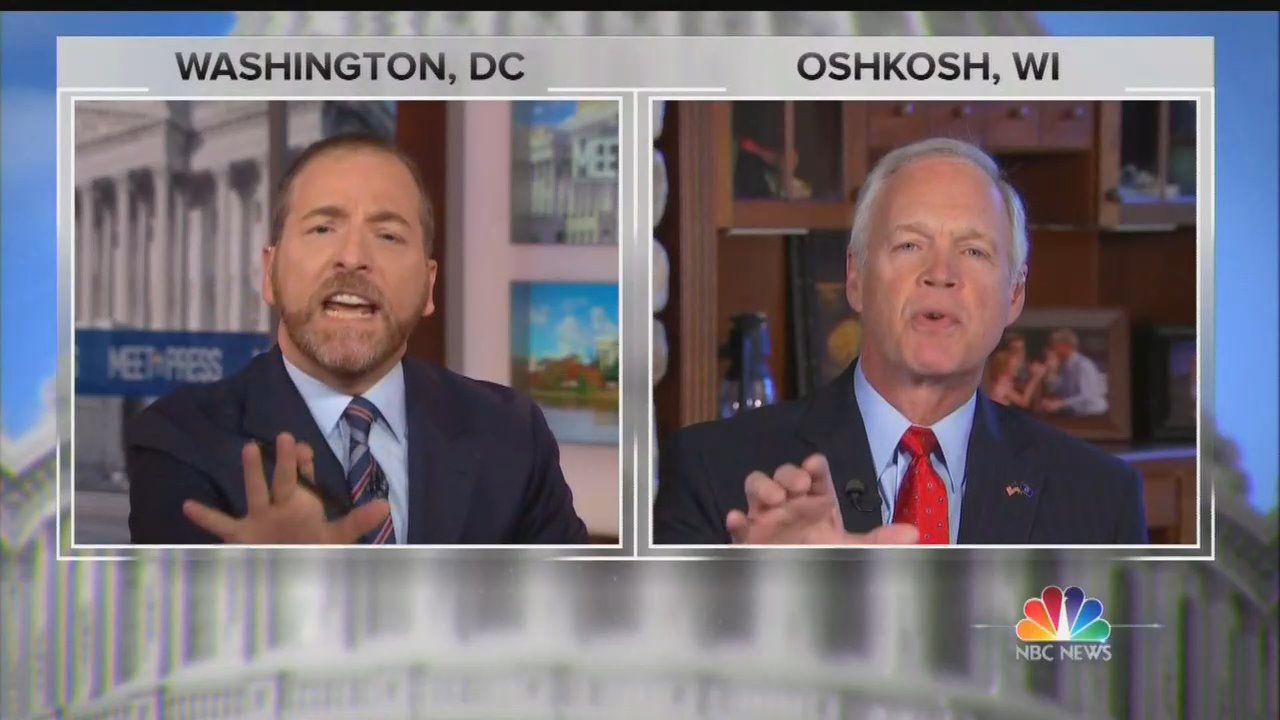 He goaded Johnson. "Can we please answer the question that I asked you, instead of trying to make Donald Trump feel better here that you're not criticizing him?"

That's not the half of it. Todd wouldn't let Johnson finish his sentences, constantly interrupting and arguing. Then he turned to Democrat Sen. Chris Murphy, threw him puffy questions, and let him speak for long paragraphs uninterrupted. Todd did the same for Brennan.

This is not new for Todd. The week before, Todd rolled out the red carpet for Adam Schiff, setting him up to explain his Trump-ruining  plans for the coming week. Then he fought tooth and nail with House Majority Whip Steve Scalise, complaining he wasn't answering his questions and spreading '"bizarre" Biden conspiracies. Scalise shot back that Todd was reading from Democratic talking points.

It's now a consistent pattern on Sunday morning shows – puffballs for Democrats, the Third Degree for Republicans. Is it really scandalous that Republicans are sick and tired of it?