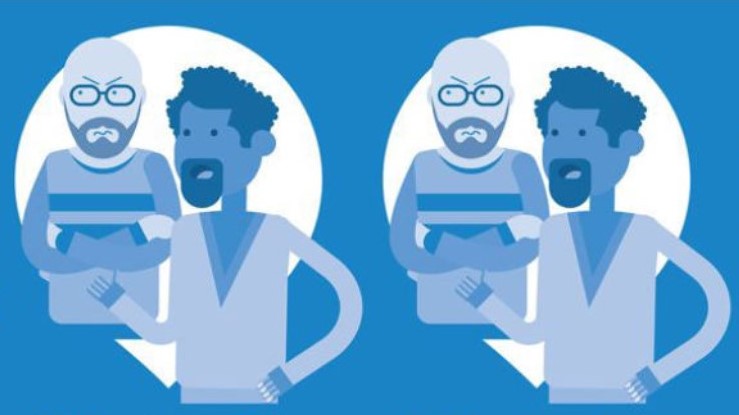 One of strangest developments in today’s internet culture is how website dictionaries, which one might presume to be objective, have dabbled in “woke” leftist politics as a way of drawing clicks. USA Today reporter Jessica Guynn, who explains her job is to explore how the digital world can “amplify bias and widen disparities,” delighted in reporting how the term “white fragility” has been added to dictionaries as a result of racial discussions on social media.

Sociologist Robin Di Angelo, one in the endless line of perpetually bored, arrogant and/or ignorant “experts” on race, coined the term “white fragility” in 2011, overlooked initially (and for good reason: it’s stupid). But naturally, it’s picked up steam along with the political career of Donald Trump. After Trump won the presidency in 2016, the Oxford Dictionaries put the term on its short list for word of the year. Last week, it was added as a new entry on Dictionary.com, defined as "the tendency among members of the dominant white cultural group to have a defensive, wounded, angry, or dismissive response to evidence of racism."

For the love of God. Really?

Imagine how these politically correct lexicographers would faint at altering this term to people of color: black fragility, Latino fragility, Inuit fragility. But as usual, the white majority is singled out as perpetually unaware of its skin “privilege.”

In 2017, the Oxford Dictionaries wrote about “white fragility” at a diversity-training session for police officers in suburban Plainfield, Indiana. Captain Carri Weber presented an academic finding that transgender people of color are 2.5 times more likely to be assaulted by police as white people. Captain Scott Arndt reacted defensively, that “most of the people I know” haven’t accused the police of violence, and Weber replied “because of your white male privilege, you wouldn’t know.”

You can’t win against the Thought Police. Their list of societal sins committed by white people is perpetual.

Arndt then complained he was the victim of racism and sexism – hence, “white fragility,” his “discomfort with being told about the structural advantages that both men and white folks are more likely to have.” The dictionary people lectured that white people arguing with a leftist narrative on race “takes the story away from the victims of discrimination and gives it back to the perpetrators, who then use it as a weapon to defend the unjust status quo.”

USA Today turned for expertise to Aria Razfar, professor of education and linguistics at the University of Illinois at Chicago. Adding terms like “white fragility” to the dictionary is a signal the idea has “become more mainstream.” Social media are accelerating the use and acceptance of this new lingo. Terms such as white fragility "provide a language so that dominant society could interrogate itself and really look at itself in the mirror in terms of its relationship with non-dominant populations and oppressed groups."

The lesson? White men can never challenge “academic data” about racism in diversity training sessions, or anywhere else. “Oppressed groups” are always presumed to have the upper hand with evidence…because they’re “oppressed.” The Left is always trying to stack the deck and smother debate, and crying racism is a huge favorite.

The time has come, another expert told USA Today, to “interrogate the concept of whiteness.”  Somehow these people have no idea that they driving voters right into Donald Trump's camp with their constant accusations of racism, sexism, homophobia, xenophobia, and the whole dictionary of bigotries.

The only way out is to renounce your whiteness. We officially declare ourselves to be Indians (like Elizabeth Warren) and identify as oppressed.