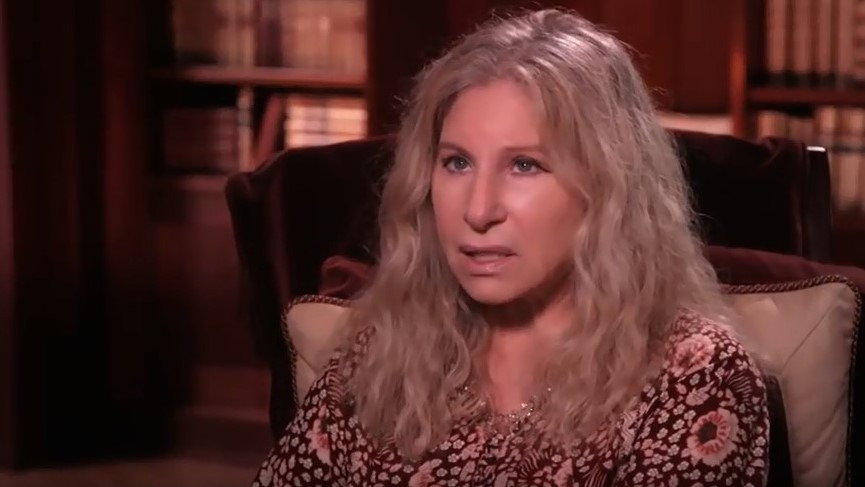 The Times of London published a sugary celebrity interview on March 21 titled “Barbra Streisand at 76: dog cloning, art collecting and being a grandma.”

Talk about burying the lede.

Social-media accounts have been whirring in outrage since it was discovered that Streisand had demonstrated such extreme sympathy for the late Michael Jackson that she ran down the men accusing him of sexually abusing them as young children in the new documentary Leaving Neverland.

Streisand dismisses Jackson’s pedophilia thusly: “His sexual needs were his sexual needs, coming from whatever childhood he has or whatever DNA he has.'' She even put the word “molested” in scare quotes. ''You can say 'molested,' but those children, as you heard say, they were thrilled to be there. They both married and they both have children, so it didn't kill them.''

She added she found Jackson “very sweet, very childlike” when she met him, and ''I blame, I guess, the parents, who would allow their children to sleep with him.”

For anyone who wondered how Hollywood could accept sexual assault on women and children in the entertainment industry for many decades, here is Exhibit A. She didn’t deny the sexual abuse. She said they were “thrilled to be there.”

Streisand half-walked away from these comments to the New York Times. ''The single most important role of being a parent is to protect their children,'' she said. ''It's clear that the parents of the two young men were also victimized and seduced by fame and fantasy.''

That wasn’t good enough, so hours later, the full apology came. ''I am profoundly sorry for any pain or misunderstanding I caused by not choosing my words more carefully about Michael Jackson and his victims,'' she said in the second statement. ''I didn't mean to dismiss the trauma these boys experienced in any way,'' it continued. ''Like all survivors of sexual assault, they will have to carry this for the rest of their lives.”

This being Hollywood, she tried to tell the accusers she had just slimed that “I truly respect and admire them for speaking their truth.'' There is not “your” truth and “my” truth. There’s just truth, and that’s especially important in sex-abuse cases.

She can apologize for what she "meant" said all day long. But she callously suggested that an adult superstar's "sexual needs" were more important than the children's (fake) trauma.

If you didn’t hear much about Streisand’s pedophile face-plant, you could blame the media. It happened over a weekend, and some outlets – CBS, NPR, PBS, and even CNN and MSNBC -- somehow couldn’t find it. The ones that did report it were slow, and only covered it after the apology. ABC only offered a brief. NBC had a full report on Sunday night. The Washington Post blogged it, but didn’t put it in the actual newspaper.

The Old Media do not leap to call out liberal hypocrites.  This is the same Streisand who deeply loved the Clintons, but calls President Trump the “Groper-in-Chief.”

They want to maintain the compassionate aura around Streisand, the feminist legend and die-hard Democrat.  But this interview should not be tossed in a memory hole. This echo should resonate. In our celebrity-obsessed culture, celebrities shouldn’t feel entitled to exploit children or excuse that exploitation just because they’re rich and famous…and favor the “correct” politicians.