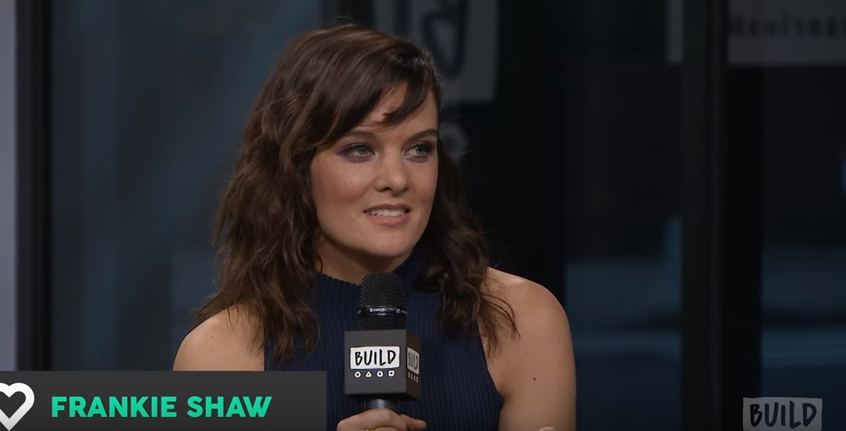 Obviously, (CBS-owned) Showtime executives also designed it to nudge people to click on it because they know it’s going to be dirty, or as the critics call it, “a raw, honest look at the life of a 20-something single mom.” Shaw said “If it offends you, don’t watch.” That’s also a soundbite designed to sell the program to Showtime’s subscribers.

The feminist site Refinery 29 hailed Shaw’s lead character Bridgette as “TV's Most Important New Character.” One of Shaw’s dominant themes is her character suffering sexual abuse by her father when she was a child. Another is a serious – and predictable – loathing of religion, specifically Christianity.

When the show debuted a few weeks ago, in the first few minutes viewers watched her character Bridgette yelling at Rafi, her baby’s father, for saying a bedtime prayer with their three-year-old son. “Knock it off....there’s no praying in this house!” In the second episode, she’s at a group rehab session, and when they say the Our Father,” she protests by saying “Our Mother” and closes the prayer with “A-women.”

But the real delight for Hollywood came in the fourth episode, when Bridgette’s mother, Tutu, suggested a prayer to the Virgin Mary. “Mothers cannot be virgins,” lectures Bridgette. “Mary was forced to have that baby....Matthew and Luke and whoever did some stuff to her...And then called it an angel baby.... Now we're all stuck praying to this ‘angel baby.’”

In other words, Mary was raped by the Gospel writers, and Jesus was just an illegitimate result worthy of no one’s adoration.

There’s more. Bridgette’s mother, the character fighting back with “That’s the mother of God you’re talking about,” is played by.....Rosie O’Donnell. What a cosmic joke. It’s the same comedian who yelled that “radical Christianity is just as threatening as radical Islam in a country like America.”

In the latest episode, Rafi is upset and struggling to avoid relapsing into alcoholism, so he goes to a Catholic church to talk to Father Eddie. As he pours out his sorrows, Father Eddie kisses him passionately right there in the pew, because that’s what priests do in church.

There’s some leftist politics, too. Shaw creates a diner scene where her character can express amazement for her high-school history teacher who burned their textbooks and taught instead radical leftist Howard Zinn’s book “A People’s History of the United States.” That episode began with an on-screen quote from the latest leftist/atheist comedian George Carlin: “That's why they call it the American Dream, because you have to be asleep to believe it.”

This show might seem like unwatchable, blasphemous garbage to the average American, but that never stops the Hollywood Left. It could win some Golden Globes, and Showtime is so delighted it has already renewed it for a second season.