The network news divisions boast about how much they care about the truth, and rage against President Trump when he calls them makers of “fake news.” But when it comes to the politicians they adore, especially those they wish would run for president, the truth takes a back seat. 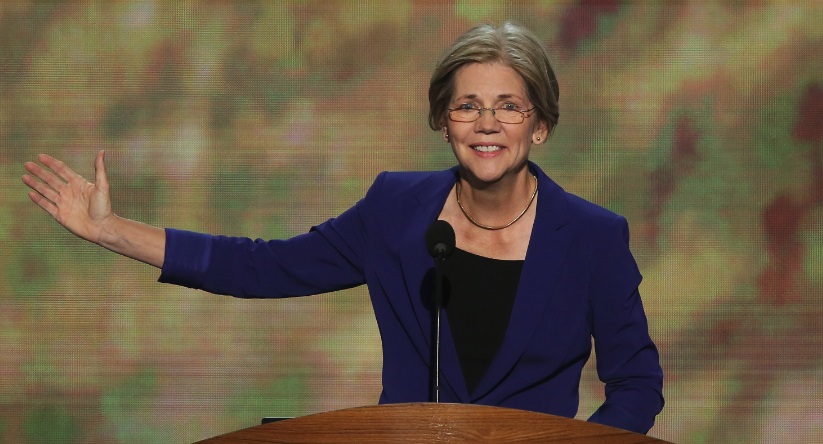 Exhibit A right now is Elizabeth Warren, who falsely claimed in professional directories to be descended from Cherokee Indians, so as to be listed as a minority when she was hired as a professor. When Trump makes fun of her as “Pocahontas,” the networks get oh-so upset and call it a “racial slur.” But they don’t seem to care one iota about how Indians feel about white people becoming fake minorities.

The story broke during Warren’s 2012 campaign against Sen. Scott Brown in Massachusetts. In May, liberal writer Garance Franke-Ruta summarized for The Atlantic magazine: “the progressive consumer advocate has been unable to point to evidence of Native heritage except for an unsubstantiated thirdhand report that she might be 1/32 Cherokee. Even if it could be proven, it wouldn't qualify her to be a member of a tribe.”

So a Senate candidate was committed a racially-based fraud. A story? CBS touched it once, in June. Nancy Cordes reported Warren said she was told by relatives of her Cherokee background, and then aired this double-lie soundbite from Warren: “I know my family`s heritage. It`s also been clear from the very beginning that I never got any special breaks from it.” If she “knew” her family heritage, why couldn’t she document it? Why invent the Indian heritage if not to derive advantages from it?

Cordes then neatly bundled and threw away the entire controversy: “Recent polls show most voters in Massachusetts don’t think that Warren’s heritage is a big deal.”  Those “truth” tellers implied let’s not get too disturbed by a little lie to get hired in the Ivy League.

NBC also touched it just once that year, on the October 2 Today, after NBC’s David Gregory moderated a Brown-Warren debate. He asked Warren: “Do you consider yourself a minority?” She replied: “I listed myself as Native American...It’s part of who I am.” Gregory later asked her: “Are you hiding something?” Again, Warren lied: “No, I’m not. I never used it for college, for law school, or to get a job.”

Just try to put those sentences together. I listed myself as Native American in professional directories....and I never used it to get a job. In response, the “Facts First” media simply walked away. To address this honestly was to call her a liar. PolitiFact has only seven rulings on Warren – four “Mostly True” ratings, and three “Half True.” They have never addressed this lie.

By the way, ABC never covered this controversy in 2012.

When Trump called her “Pocahontas” in 2016, the networks brought out the weasel words. ABC’s Mary Bruce reported “Friday night, Trump hitting hard, attacking her for once claiming she was Native American.” Once claiming? She claimed it for years. She claimed it throughout the 2012 campaign. She claimed it in five recipes in a “Pow Wow Chow” cookbook.

The same routine continued this week, when Trump called her “Pocahontas” while honoring Navajo code talkers from World War II. Nancy Cordes at CBS breezily recounted “It's a reference to the Massachusetts Senator’s past claims of Cherokee ancestry.” But she added “Democrats called it a racial slur. Warren called it disturbing.”

It’s disturbing, all right. It’s disturbing that Warren routinely gets a pass on her lies. These are the benefits the liberal media hand out to their favorites.