As much as liberals say they despise “fake news,” some of the most powerful and notorious sources of fake news in America are the leftists in Hollywood. Their “based on a real story” manglings and stranglings of history are legendary, from Oliver Stone on down. 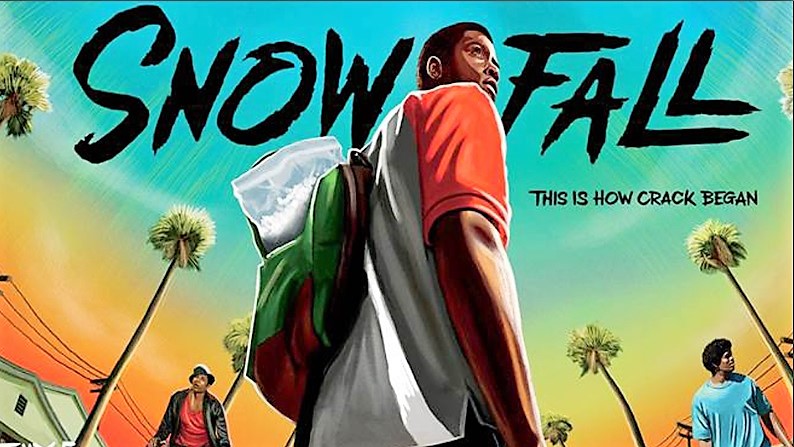 The latest example is a new TV series that debuted July 5 on the FX cable channel called Snowfall, supposedly a look at the early days of the crack cocaine epidemic in Los Angeles during the Reagan years. This “history” is based on the loony conspiracy theory that the crack epidemic devouring black communities was a CIA plot to fund the Nicaraguan contra fighters. How many times must bunk be debunked? The CIA and the Congress investigated these claims for years and found that while a couple of Nicaraguan exiles were dealing drugs in Los Angeles, they weren’t associated with the CIA. There was no master plan of crack-fueled genocide.

This isn’t the first time Hollywood has pushed this fake news. In 2014, NBC Universal-owned Focus Features released a movie called Kill the Messenger, which glamorized Gary Webb, a radical-left reporter for the San Jose Mercury News who spread this fiction far and wide in a 1996 series called “Dark Alliance.” As for the title Kill the Messenger, in real life, Webb committed suicide in 2004 because he had no journalistic reputation left. That didn’t stop Hollywood. Of course, America, on the other hand, showed good taste. It grossed only $2.4 million – a complete flop.

So now here we go again with FX – a network owned by that demonized right-wing Murdoch family. The Snowfall plot focuses on a sleazy white CIA agent named Teddy McDonald who is acting on indirect Reagan administration orders to use cocaine profits to fund arms to the Contras, which creates a crack kingpin in the process.

Why would they sell this rancid baloney? You’d think if the Murdochs were going to bankroll a crackpot fake-news series, it would imagine Barack Obama being born in Kenya and now heading a secret Islamist cell to take over America.

Washington Post TV critic Hank Stuever called out the FX producers for fakery, even as he professed he loved the series as entertainment. It “could most use a disclaimer or some sort of helpful caution that you should view the series entirely as a work of fiction.”

Stuever noted the Washington Post, the New York Times, and the Los Angeles Times all poked huge holes in the “Dark Alliance” claims. These liberal papers would have enjoyed this horror story being true – but even for them, this was a bridge too far.

Dave Andron, who created this series with Boyz N The Hood director John Singleton, isn’t going to listen to the talk of disclaimers and fiction. “It was a very conscious choice to start in South Central before crack landed,” Andron declared. “Why was it allowed — if you wanna use that word — to continue, like why did it blow up, why was it so unchecked, why were the laws against crack cocaine so much more strict than powder cocaine?”

They’re talking about this show like it’s almost a documentary. That’s the way they want this program to affect the viewers, to build a tinfoil-hat army driven by racial paranoia. It neatly matches the way the Left wants to organize a “Resistance” on the notion that President Trump and his supporters are all viciously racist, sexist, Islamophobic, et cetera, et cetera.