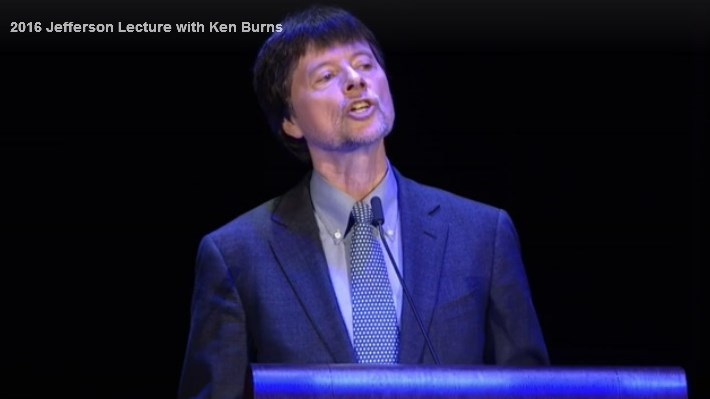 “Like the amputated limb felt long after it has been cut off, I miss Trayvon Martin,” the famous orator said. Who would utter such an elaborate expression of white guilt? Try star PBS filmmaker Ken Burns, gushing his way through a government-funded honor: the “Jefferson Lecture,” the “nation’s highest honor for intellectual achievement” awarded by Obama’s National Endowment for the Humanities.

One certainly hopes Mr. Burns will assuage his amputation-level grief by sending the entirety of the NEH’s $10,000 cash prize for this lecture to Trayvon’s mother.

The white-privilege guilt continued: “I was once a 17-year-old who wore a hooded sweatshirt walking through unfamiliar neighborhoods, but I was never gunned down. I miss Tamir Rice too. I was 11 once and played with plastic guns, but no cop ever shot me. We are missing many hundreds, if not thousands, of African Americans, lost only because of the color of their skin.”

Since liberals these days can not converse about racism without connecting dots to the current president, Burns then announced: “Henry Louis Gates told me recently me of a Jim Crow Museum [of Racist Memorabilia, to teach “tolerance” and promote “social justice”] at Ferris State University in Michigan, where too many ugly, vile, demeaning, beyond-the-pale items characterizing President Obama and his innocent family are on display, piling up along with more than a century of other immortalized hatred.”

As the PBS NewsHour lovingly recounted (as “news,” not PBS public relations), Burns summarized “I do not believe, ladies and gentlemen, there is a Hell, as most of our religions reliably report – just the one we humans make for ourselves and each other right here.”

Burns toed the liberal line not only on race, but on religious dogmas like Hell. “the humanities have been needlessly scapegoated in our country by those who continually benefit from division and obfuscation,” he charged. America is “an enduring humanistic experiment,” and it should be based on “an understanding, promoted by our founders, of tolerance and inclusion. What could be more faith-based than that? Where we get into trouble is when our arrogant certainty suggests that only one point of view, perhaps only one religion, is ‘right.’”

The PBS star also loathed American exceptionalism as a concept. He proclaimed the job of the NEH is “to create a more perfect union” and “to learn from its flaws despite all the distracting jingoistic talk of exceptionalism, to make us a nation in pursuit of Happiness, a nation in the process of becoming.” 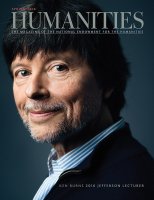 What makes Ken Burns a perfectly pompous poster boy for liberalism is his pretense that he is above division and partisanship. In this lecture, his own ideology was badly disguised as “the humanities.” There is the soporific indoctrination in America’s horrific history according to Burns....and his critics represent only demonization and partisanship.

“In our media and political culture, we don’t disagree, we demonize, condemning us to a kind of partisan purgatory.  Our trade is now tirade, but that righteous indignation only lasts until the next drug commercial for diseases we didn’t know we could have or even get,” he claimed.

Burns is declaring that what the world needs is more PBS. It has no silly drug commercials, and there is no “partisan purgatory.” Only heavenly liberalism is promoted, and “debate” is limited to the reflexive affirmations of David Brooks. It’s never a “tirade” to assert the police and “white Hispanics” plot to terminate “hundreds, if not thousands” of black lives with impunity. It’s never a “more perfect union” than when conservatism and old-time religion are dismissed and silenced as distracting jingoism, obfuscation, and intolerance.