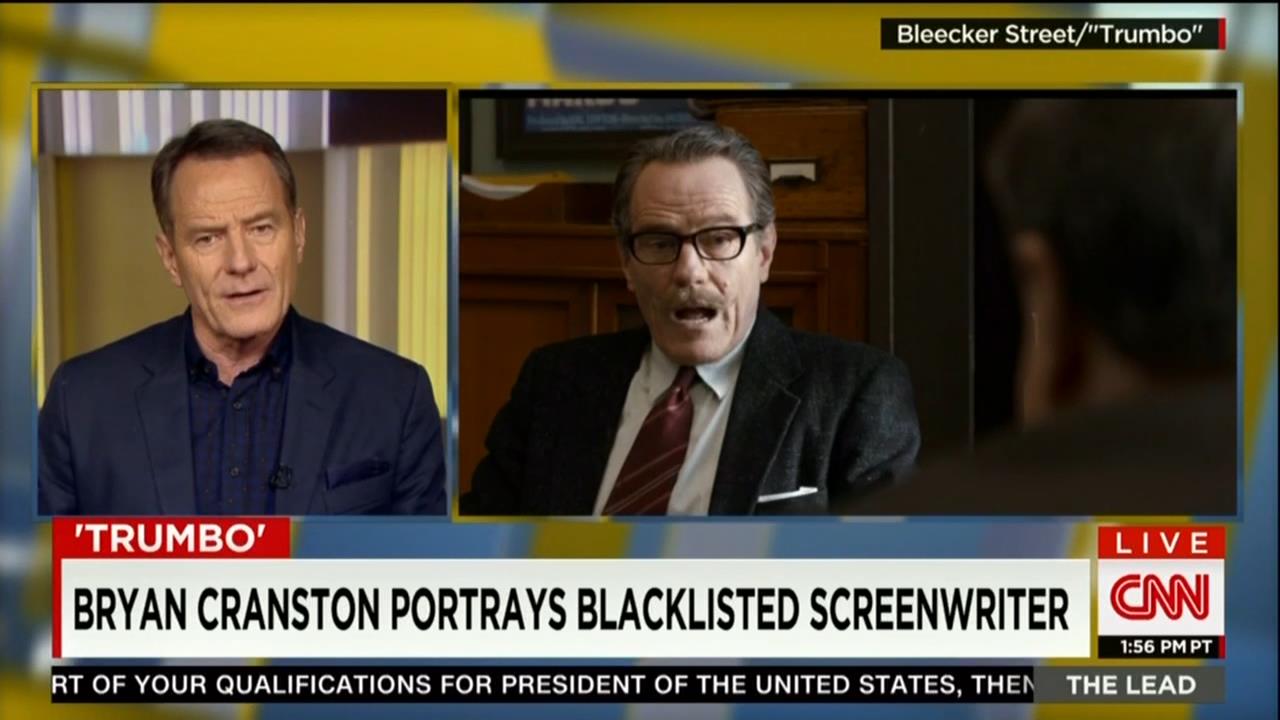 The actor Bryan Cranston is now making the interview rounds promoting his new movie lionizing the Hollywood communist Dalton Trumbo. As one should always expect when the Hollywood Left starts talking about the blacklist, the communists were the First Amendment heroes. The movie Trumbo, Cranston told CNN’s Jake Tapper, is about resisting “the lessening of the First Amendment or the oppression of it.”

Ironically, Cranston said these words at the end of a November 9 program that began with a mob at the University of Missouri driving out a president and a chancellor over wild allegations of racist epithets and restroom swastikas with little or no hard evidence.

The evidence exposing the fallacy of Trumbo as a First Amendment hero is much more definitive. Author Allen Ryskind in his book Hollywood Traitors reported Trumbo not only supported Stalin (and Hitler when he was a Stalin ally), but he also supported North Korean dictator Kim Il Sung after the Korean War. In an unpublished movie script, he had the heroine proclaim that North Korea's invasion of the South was perfectly justifiable, comparing it to the “fight for our own independence in 1776."

Nevertheless, Cranston is making the media rounds unleashing all kinds of nonsense at every sympathetic liberal media outlet available. On NPR, Cranston at least acknowledged that Trumbo was a member of the Communist Party USA, but that’s only because “it was a political arm of labor unions and that’s what he was truly invested in.” That said, “he was dismayed with the bureaucracy of any political party. And the idea that, because he was a member of the party that he is somehow associated with communist Russia at the time, is ludicrous. And this is what the House Un-American Activities Committee tried to prove and failed miserably because there was no connection to it.”

At a time when the American Left so aggressively accuses the Right of denying what is debatable evidence on issues like “global warming,” these die-hard deniers refuse to acknowledge the undeniable documentation that emerged after the Cold War that the Communist Party USA was funded by and loyal to the Soviet Union.

At the Daily Beast, Marlow Stern interviewed Cranston and announced the Hollywood Ten that he belonged to was a “fraternity of communist sympathizers crucified by the House Un-American Activities Committee for their political beliefs.”

Perhaps it was Stern who prompted Cranston to descend into the inanity that the Soviet communists were fascists, not communists: “This communist regime under Stalin was unbelievably cruel and vicious. But the truth is they weren’t communists. Stalin wasn’t a communist. He was a fascist dictator. But the name ‘communism’ stuck to that.”

By November 11, Cranston was telling The Hill newspaper “The message of the film to me is inclusiveness. It’s to be able to embrace an opposing viewpoint without thinking of them as the enemy or to demonize some of them.”

In reality, Trumbo supported communists who massacred 100 million humans. Is that the Left’s idea of “inclusiveness”? Anyone with a conscience should have considered these slaughterers as worth demonizing. These leftists don’t.