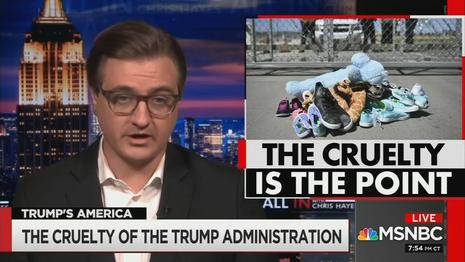 On Thursday's All In with Chris Hayes on MSNBC, the show devoted a segment to his colleague, NBC reporter Jacob Soboroff's new book attacking the Donald Trump administration's border security policies, titled, Separated: Inside an American Tragedy.

Hayes hyperbolically declared that the Trump administration "kidnapped" immigrant children from their parents, while Soboroff asserted that the children were "tortured," which he also had claimed a few hours earlier on MSNBC's Deadline: White House.

True to form, these liberal journalists never bothered to mention that it was generally only those immigrant families who broke the law in crossing the border without permission (putting at risk their children) who were arrested and separated, nor did they give much background information on the arguments in favor of the stricter enforcement.

Introducing the last segment of his show, Hayes claimed that President Trump's response to Hurricane Maria foreshadowed the "callousness" of his immigration policy:

CHRIS HAYES: Hurricane Maria hit in the fall of 2017, exposing the Trump administration's callousness and incompetence and indifference, and then in the spring of 2018, we started to get word that the administration was systematically essentially kidnapping children seeking asylum in the U.S.

After describing the policy as a "humanitarian disaster," Hayes then showed a clip from June 2018 of Soboroff discussing the housing of immigrant children who were being held at a facility while their parents were being prosecuted for crossing the border illegally (although Soboroff did not mention their parents' illegal crossing).

Introducing Soboroff as a guest, Hayes gushed that he is promoting a "fantastic new book" which "serves as a blueprint, honestly, for everything that we're seeing now in the pandemic -- everything wrong with this administration."

As the two referred to "heroes" who tried to stop the family separation policy versus pro-Trump "villains" who were pushing in favor of it, Soboroff characterized the treatment of children as "torture":

SOBOROFF: There were red flags -- there were warnings -- and the administration ignored it for political reasons. And in the case of separations, you had 5,400 plus kids who are permanently traumatized, tortured systematically by the U.S. government, in the words of Physicians for Human Rights.

Earlier in the day, as MSNBC host Nicolle Wallace had Soboroff on her Deadline: White House show, she described the family separation as part of "Trump's zero-tolerance immigration policy," without clarifying what it was in zero-tolerance of (illegal immigration).

Without noting that it has always been the case that, under some circumstances, illegal immigrant families are sometimes separated, and that the Trump administration just increased the number of separations by being more aggressive in enforcing the law, Soboroff complained that family separation is still happening:

Also, without mentioning that it was the Barack Obama administration that first built the cage-like structures to temporarily house illegal immigrants  near the border because it made it easier to keep the children safely in view of Border Patrol agents, Soboroff spoke of feeling "sick" just recalling his memories of seeing the facilities that looked like "kennels."

This episode of All In with Chris Hayes was sponsored by Rinvoq arthritis medicine, Prevagen nutritional supplement, and Edelman Financial Engines. Deadline: White House was sponsored by Otezla psoriasis medication and Select Quote insurance locator. Contact information is linked.

All In with Chris Hayes

CHRIS HAYES: Hurricane Maria hit in the fall of 2017, exposing the Trump administration's callousness and incompetence and indifference, and then in the spring of 2018, we started to get word that the administration was systematically essentially kidnapping children seeking asylum in the U.S.

NBC's Jacob Soboroff was one of the most dogged reporters working to shine a light on the scale of that humanitarian disaster. He was also one of the first to go inside one of the child detention facilities in Brownsville, Texas.

JACOB SOBOROFF (dated June 13, 2018): The Trump administration is taking children from their parents and effectively making them unaccompanied minors. This place used to be for kids that would walk across the border, for the most part, virtually 100 percent on their own.

And now you're getting more and more kids -- up to 30 percent, as of right now, according to one official inside -- that have been separated from their parents over the last couple of months. They have recreation -- they're allowed outside, Chris, where we are in the fresh air -- for two hours a day -- and the rest of 22 hours a day they're inside a former Wal-Mart.

HAYES (live): Two years after that report, Jacob Soboroff is now out with the fantastic new book, Separated: Inside an American Tragedy. It serves as a blueprint, honestly, for everything that we're seeing now in the pandemic -- everything wrong with this administration. It's all there in black and white.

SOBOROFF: And the deeper I looked into this, and the more I started talking to people that I met on the ground, I realized that I'd made somewhat of a mistake honestly when I reported this in real time. And that was, I kept saying over and over again, "there is no plan to reunite these children -- this was haphazard -- it wasn't well thought through" -- and the truth of the matter is, that's not true -- it was.

And the fact of the matter is, there are people I consider heroes now, digging into this story, who tried to stop this at almost every turn, beginning with Valentine's Day 2017, just weeks after the President was inaugurated and officials met in the conference room of Kevin McAleenan at the headquarters of Customs and Border Protection. And time and time again -- whether it was career officials in DHS or people like Commander Jonathan White within the ORR who are telling McAleenan this is going to damage children for a lifetime -- those warnings were ignored. .

And when you talk about how the administration operates in the context of family separations or the coronavirus, you could almost apply the story directly to the coronavirus that were learned in separations. There were red flags -- there were warnings -- and the administration ignored it for political reasons. And in the case of separations, you had 5,400 plus kids who are permanently traumatized, tortured systematically by the U.S. government, in the words of Physicians for Human Rights.

HAYES: Yeah, this comes through, right, that there is some incompetence -- they did this incompetently -- but the through line in the book is that there's a plan and there's pressure put ideologically and from the President and sort of the people that want to make good on this really awful xenophobic promise.

And it's pushed down onto the government as person after person who works in that bureaucracy says, "No, no, you can't do this -- you can't do this -- it's just horrible -- you'll ruin these kids' lives -- this is the United States" -- and that is sort of the story, the heroes and the villains. If the villans are trying to execute this, the heroes are trying to make it not happen.

NICOLLE WALLACE: It has been two years since our friend and colleague, Jacob Soboroff, stepped foot inside Casa Padre -- a former Wal-Mart -- that the Trump administration was calling a shelter for around 1,500 young migrant boys and teens -- most of whom had been separated from their families because of Trump's zero-tolerance immigration policy.

As one of the first journalists allowed into the facilities, Jacob began telling the horrific story of what was really going on inside. And in his new book, Separated: Inside an American Tragedy, Jacob lays bare the full truth behind the family separation policy and crisis. On June 17, 2018 -- Father's Day -- Jacob entered what was known as the epicenters of the separations -- the central processing center in McAllen, Texas.

He describes in striking detail like this, quote: "As we approached th enclosures, chain link fences on all sides twice as tall as I was, my first thought was dog kennels. The big kind you might see in a boarding facility or in back at a veterinarian's office. But inside were children."

Joining us now is the author of that new book, NBC News correspondent, and our colleague Jacob Soboroff. Jacob, we're going to have to do this in multiple parts because we don't have time today -- but just take me back to that day, thinking you were walking up to dog kennels.

JACOB SOBOROFF: It makes me sick, Nicolle, every time I talk about it -- the first day I talked about it with you, when I talk about it with anybody -- and when I talk about it still to this day, it's exactly what you saw in those images. You saw me there walking right next to the Border Patrol agent -- children under mylar blankets on concrete floors supervised by security contractors in a watch tower and ultimately 5,400 kids were separated -- tortured -- according to Physicians for Human Rights -- by the Trump administration, and today they're still all not reunited. And family separations continue in this country as we speak.

WALLACE: That was my question for you. How much has changed? And how much is still horrific?

SOBOROFF: It's just as bad, if not worse, as it ever was. And that's part of the reason that I wanted to write the book, Nicolle. There's so much that I saw in real time and experienced, but those were just the facts on the ground. How did we get here? How is this happening? How did we get here? And how is this continuing to happen in the United States of America? And those were questions, frankly, I didn't know the answer to, shamefully. Many people did, quite frankly.

But I didn't, and that's why I started digging. And today, while we don't have over 10,000 children -- in fact, less than 1,000 children are in custody of the federal government alone -- many of them -- thousands are sitting on the other side of the border in Mexico because the Trump administration won't let them in or has immediately expelled them under the guise of the coronavirus. 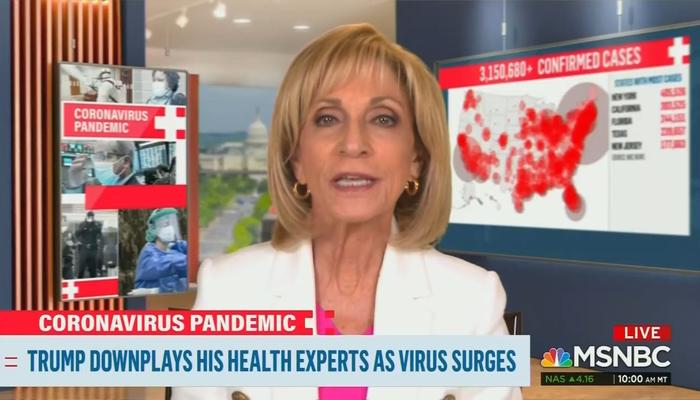 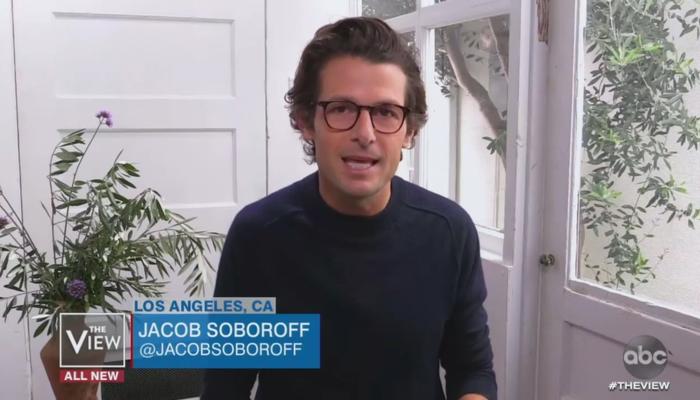 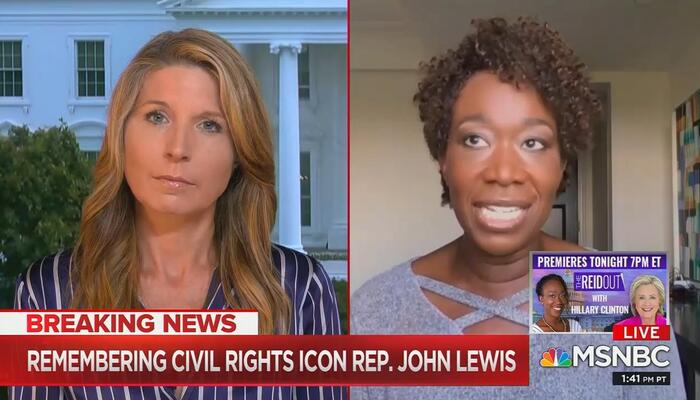 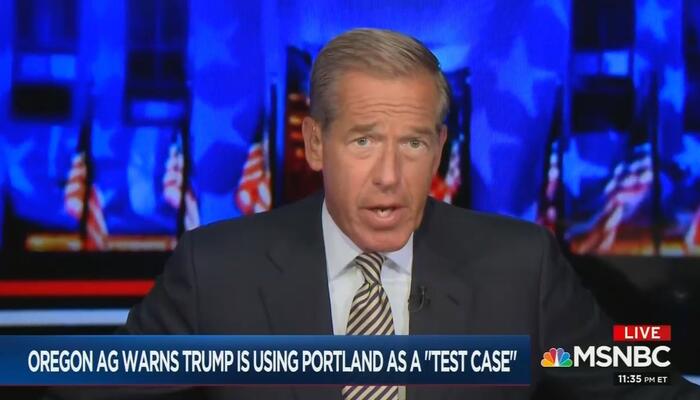 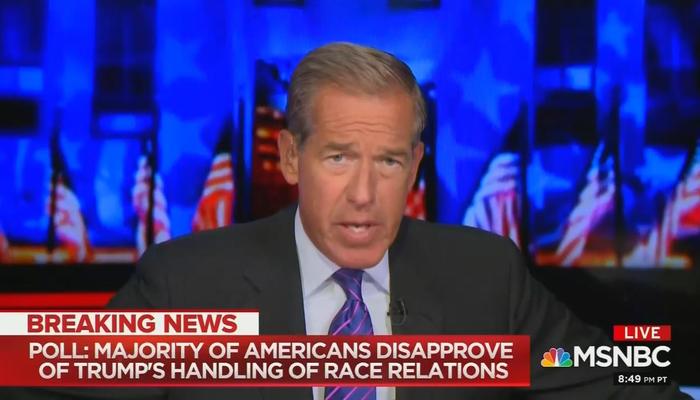 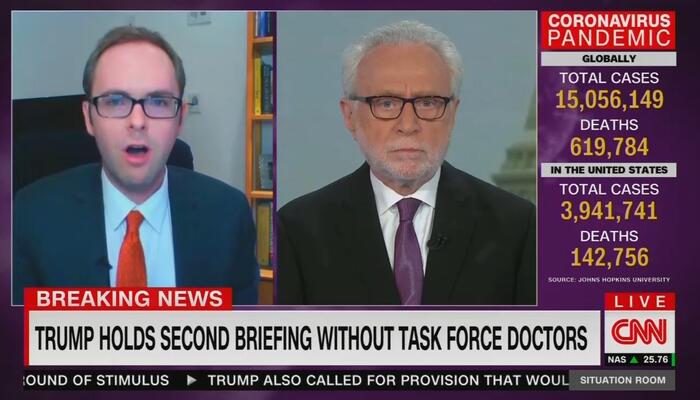