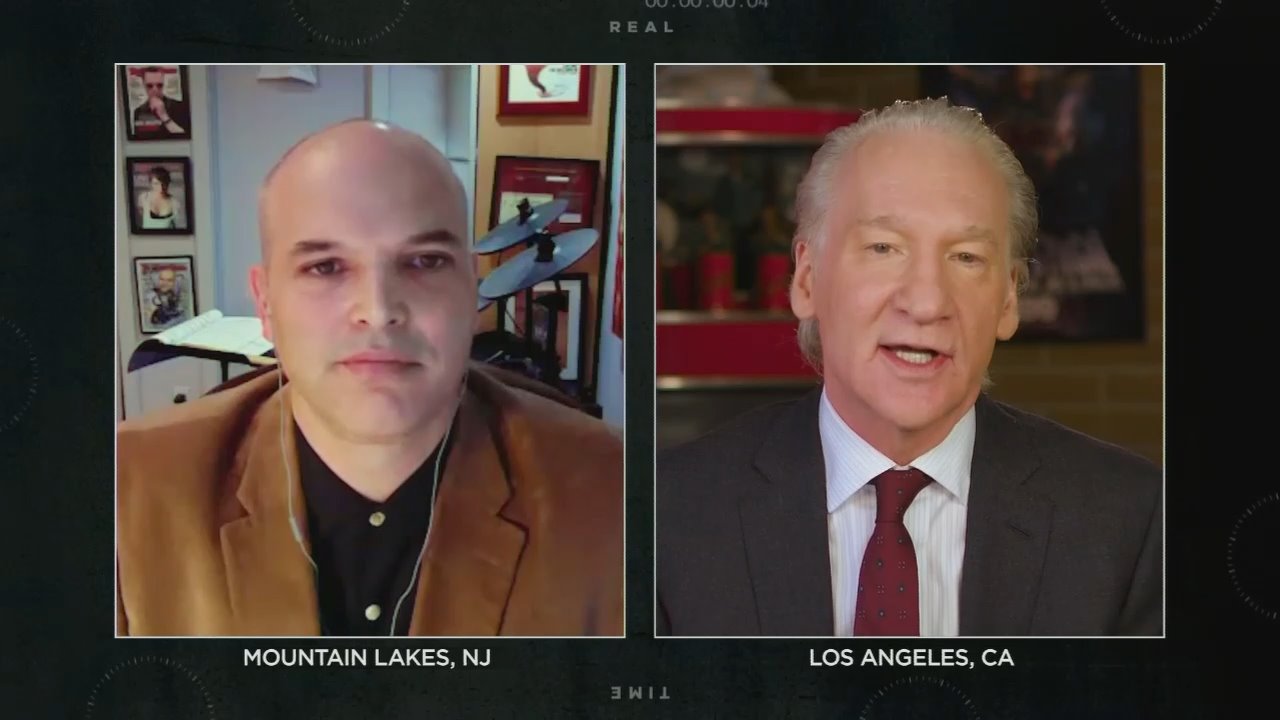 On Friday's Real Time show on HBO, as host Bill Maher and Rolling Stone magazine's Matt Taibbi discussed the pandemic, the two liberals actually lamented that the dominant media are so anti-Donald Trump that they cannot be trusted to give unbiased information about the crisis and what might be effective against the coronavirus.

The two noted that stories about possible treatments or, in the case of Sweden, alternative ways for trying to live with the pandemic without a strict lockdown, are often colored by the American media's political biases, with Taibbi suggesting that foreign media are more trustworthy.

Maher complained that the left reflexively declares anything President Trump says to be wrong: "If he says something -- even though he is a crazy person -- if he says we should get back to work, our answer can't be dependent on, 'He said it -- it has to be wrong.'"

The HBO host began the topic by bringing up Sweden's refusal to restrict their economy, and pointed out that the left has started to liken Sweden's approach to that of a conservative red state in spite of the history of how the "far left" has lauded how Swedish society is run. Taibbi began complaining about the liberal media being too political in evaluating how it has worked out for the Nordic country:

MIKE TAIBBI, ROLLING STONE MAGAZINE: What I think is so interesting is the coverage of it -- it's just astounding because they cannot get away from the narrative of this red-blue argument, like they can't just tell us whether Sweden's approach is working. They have to couch every headline -- they're always saying things like "Conservatives sees hope in progressive Sweden," and if you read the body of the article, it will say something like, "Yes, it's working, but what the right wing doesn't understand is that this culture spends upon a strong belief in the role of the state and society.

In other words, they're seeing -- they're couching the whole story as what the important thing is, is whether conservatives are right or wrong about Sweden whereas that's not what's important. What's important is, you know, whether their program is working or not. .And I think that's been a problem throughout this crisis. We cannot excise Donald Trump and the Trump argument from anything we talk about with this crisis, whether it's hydroxychloroquine or the W.H.O. or whatever, and that's a real problem.

As he followed up, Maher commented: "And you're right about this -- if he says something -- even though he is a crazy person -- if he says we should get back to work, our answer can't be dependent on, 'He said it -- it has to be wrong.'"

In his response, Taibbi brought up the media's reaction to President Trump talking up hydroxychloroquine as a possible treatment for COVID-19, and divided the media into the pro-Trump outlets, versus the rest of the media who are anti-Trump:

TAIBBI: Yeah, we're reverse engineering our attitudes on all of these things, right? You take something like hydroxychloroquine -- when I first heard about this drug and I looked at the news stories, as soon as I saw that it was referred to in headlines as "the drug touted by Trump," I knew that it was going to be impossible to get any real information in the American news media about it because the Fox-slash-Daily Caller people were going to say that it worked, and the people on the other side were going to say that it was a conspiracy theory.

He then complained that the obsession with Trump was hurting the media business:

TAIBBI: You literally have to go to foreign news sources to try and figure out whether this drug actually works or not because that's the important question -- not whether Trump is right or wrong here. And it's the same with a lot of the issues that, you know, that are important in this pandemic crisis, but Trump has to be at the center of every part of our reporting, and that's been a major blow to our business.

They acknowledged Trump loves being the center of attention, even when the focus is quite negative.

MAHER: Yes, and, you know, he puts himself there.

MAHER: It's very hard to ignore that.