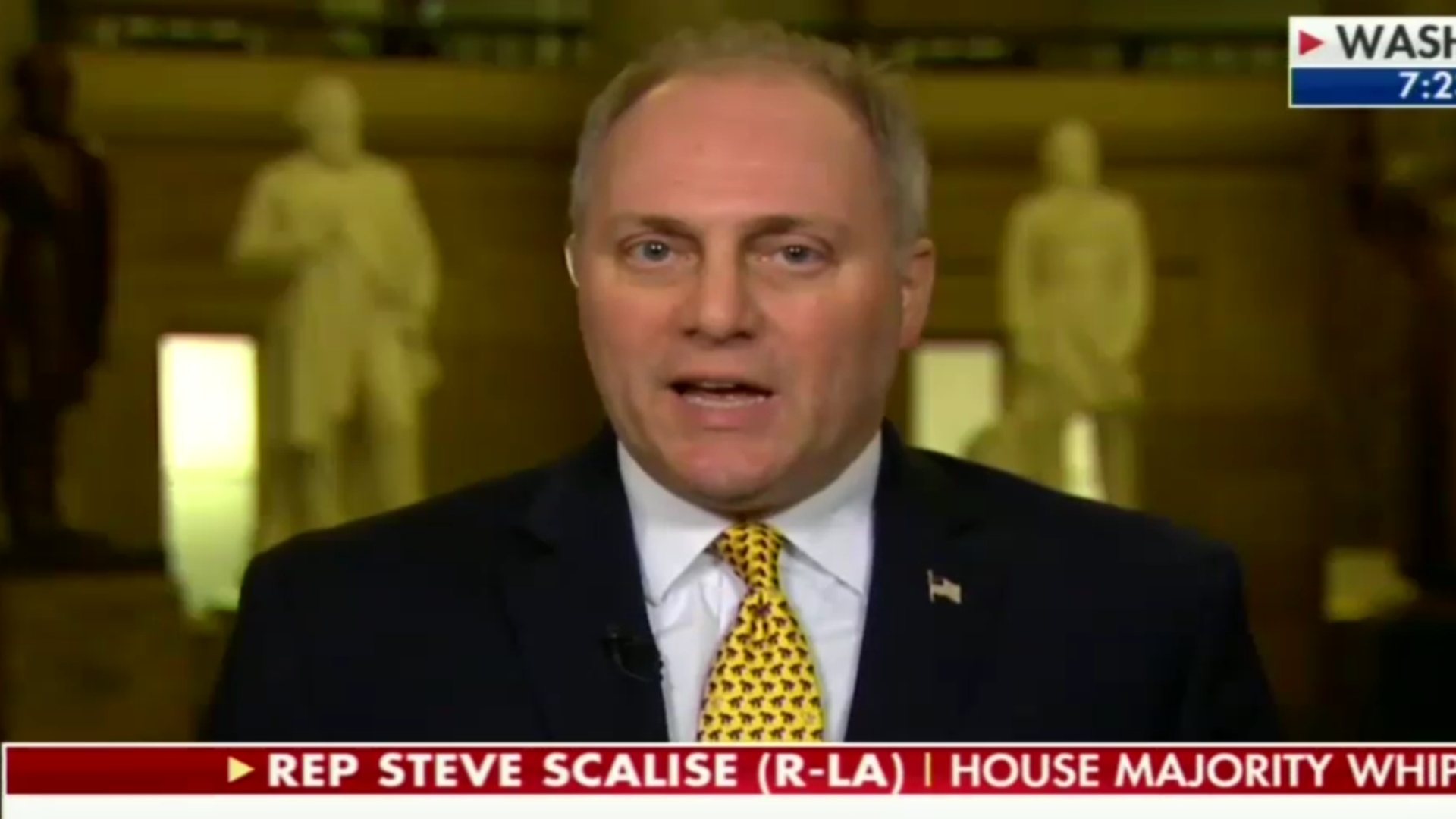 In the aftermath of House Speaker Paul Ryan's announcement that he will retire from Congress, amid the speculation about who might replace him as top Republican in the House, the Washington Post ran an AP story by Alan Fram which repeats the debunked claims that House Majority Whip Steve Scalise was a speaker for a David Duke-founded white supremacist group without even acknowledging any of the evidence that he was not.

In fact, at this point, in spite of media silence, there's more evidence that prominent Democrats have directly associated with Louis Farrakhan than there is that Scalise was ever connected to Duke.

In 2014, Scalise was discovered to have addressed a white supremacist group in 2002 founded by former Ku Klux Klan leader David Duke. Scalise apologized and said he'd been unaware of the group's racial views.

Not mentioned by Fram is that even liberal outlets like Slate, Newsweek, and the Daily Beast have run stories that undermined the assertions about Scalise being a speaker for the group that were based on three eyewitnesses, a promotional press release before the conference, and a newsletter wriiteup after the event that did not mention Scalise's presence in spite of his stature of being an elected state legislator in 2002.

In a Fox News article posted on Wednesday, Joseph Weber portrayed the issue of whether Scalise spoke to a white racist group as uncertain, but still did not divulge any of the aforementioned evidence undermining the claims. Weber:

Scalise, pressed by Washington Democrats and other critics, acknowledged that roughly 12 years earlier he might have spoken at a white supremacist conference led by former Ku Klux Klan leader David Duke.