On Friday's Real Time on HBO, far-left host Bill Maher -- well known for his anti-religion views -- tried to make an argument that communism is a "religion" when conservative guest Erick Erickson made an obvious point that communism was an ideology founded and run by Atheists that led to war and to the mass murder of millions. Maher shot back: "That's a dumb canard. ... Communism was the religion, and the leader, Stalin, was the god."

Back to Friday's show, after guest Daryl Davis recalled his commendable work of making contact with Ku Klux Klan members and converting them away from their white supremacist views -- noting that some of them think of themselves as Christians -- Maher began ranting against religion generally as he commented:

It's always great to use logic on psychopathic murderers because it's so effective, but I hate to be the skunk at the garden party, but that's why religion is dangerous because it's completely f***ing made-up so that anybody -- so that anybody can put anything they want on it, including horrific s***.

Erickson tried to counter the HBO host's anti-religion views as he injected: "Atheists who were communists have killed a whole lot of people over the 20th century." 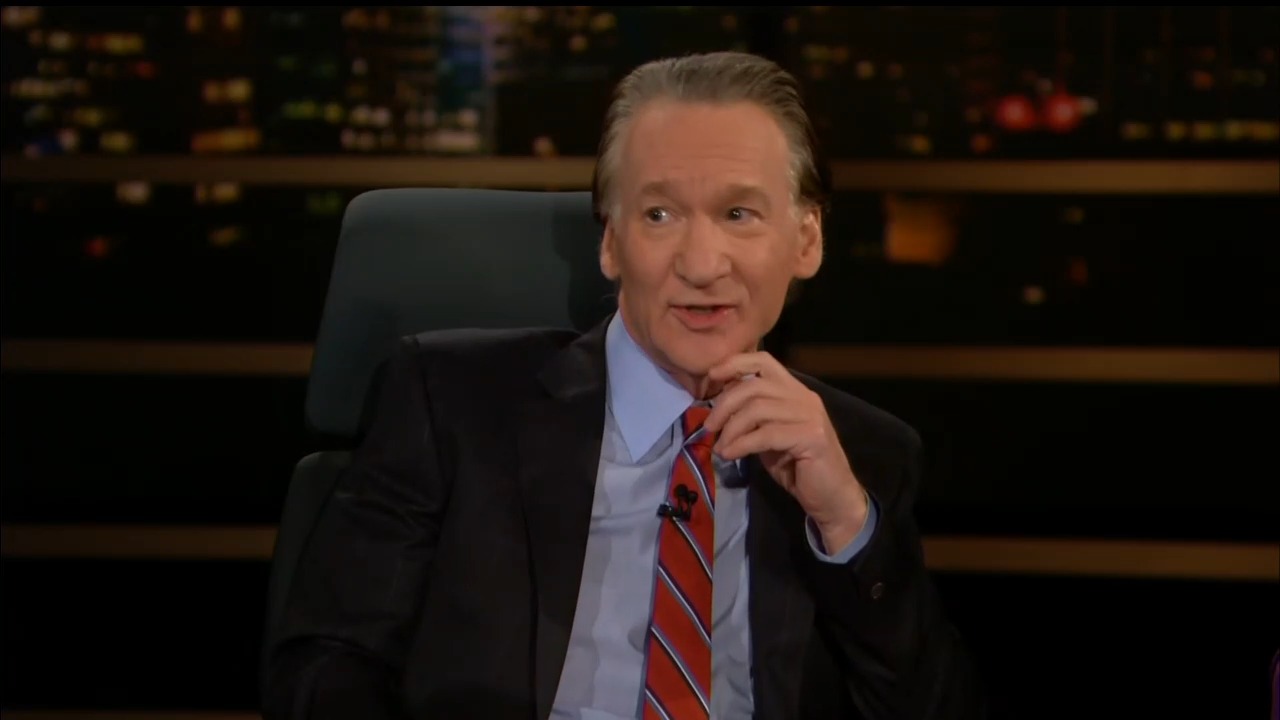 Maher shot back: "That's a dumb canard. Come on, Atheism had nothing to --"

Erickson added: "First of all, communism, you take out any saving grace. It's all people."

Maher insisted: "Communism was the religion, and the leader, Stalin, was the god."

The HBO host soon brought up polling finding that younger Americans are less religious than older Americans. He recalled:

And the, when you talk to people about it, they kind of say, "I don't go to church because the only people who still go are assholes," you know, like, and the refugee thing kind of brought this to light because that's like a traditional thing the church always did -- we bring in refugees. Well, the evangelical base doesn't want to let in refugees, so the young people are like, "That's not very 'Jesus-y,' so what's the point?"

Maher's redefinition of the word "religion" so that it can apply to any extreme ideology rather than a belief in superhuman deities is reminiscent of a debate he had with right-leaning Atheist S.E. Cupp in 2010 when she tried to defend religious people as good people even if she does not hold their religious views.

Blaming wars on religious beliefs, Maher commented: "What gets normal people to think it's okay to kill other people is religion -- very little else. Mostly religion. Ethnic cleansing, honor rape."

Cupp countered: "Or colonialism or land power grabs or nativism. Hitler, Pol Pot, Mao, Stalin -- not in the name of religion."

The HBO host then fudged the definition of "religion" as the two went back and forth:

MAHER: They were state religions. Of course they were.

MAHER: Absolutely. You never heard that?