Appearing as a guest on Sunday's MSNBC Live, MSNBC political analyst Joan Walsh fretted over Ivanka Trump wearing a "girlie" dress while sitting in for President Donald Trump in a meeting of the G-20. The left-wing Nation correspondent suggested that the dress made the President's daughter look like "property" -- reminiscent of "patriarchal, authoritarian societies" -- and bemoaned that Ivanka's behavior in the White House is "frightening."

Even liberal anchor Thomas Roberts seemed uncomfortable with some of his left-wing guest's comments as he fretted that "you're opening yourself up," and wondered if there was something wrong with being both a "feminist" and "girlie."

At 6:32 p.m ET, before going to Walsh, Roberts played a clip of President Trump in a speech praising Ivanka before an audience. The two MSNBC personalities then made cracks about Trump's comments as they reacted:

ROBERTS: As we know from statements made prior to the presidential position that he has talked about Ivanka in some odd ways for a dad to reflect --

JOAN WALSH, MSNBC POLITICAL ANALYST: That crossed my mind, too.

After Roberts then asked if Ivanka was "being held to an unfair standard," Walsh began railing against her for not being enough of a liberal feminist:

When she's tried to go to bat for us allegedly, her solution to the defunding of Planned Parenthood was to tell Cecile Richards to stop performing abortions, you know, that that was her brilliant compromise which would hurt many poor women around the country. So I think that feminists, that women really ought to give up the idea that Ivanka is our person in the White House because, if she is trying at all, she's completely ineffectual.

It's a little muddy about not taking a salary while having the status of being a federal employee, yet not having to be held to different ethical standards. Also saying that she doesn't want to be involved in politics, then sitting in for her father at the G-20.

Walsh then turned into a fashion critic and suggested Ivanka was behaving like "property"  as she responded: 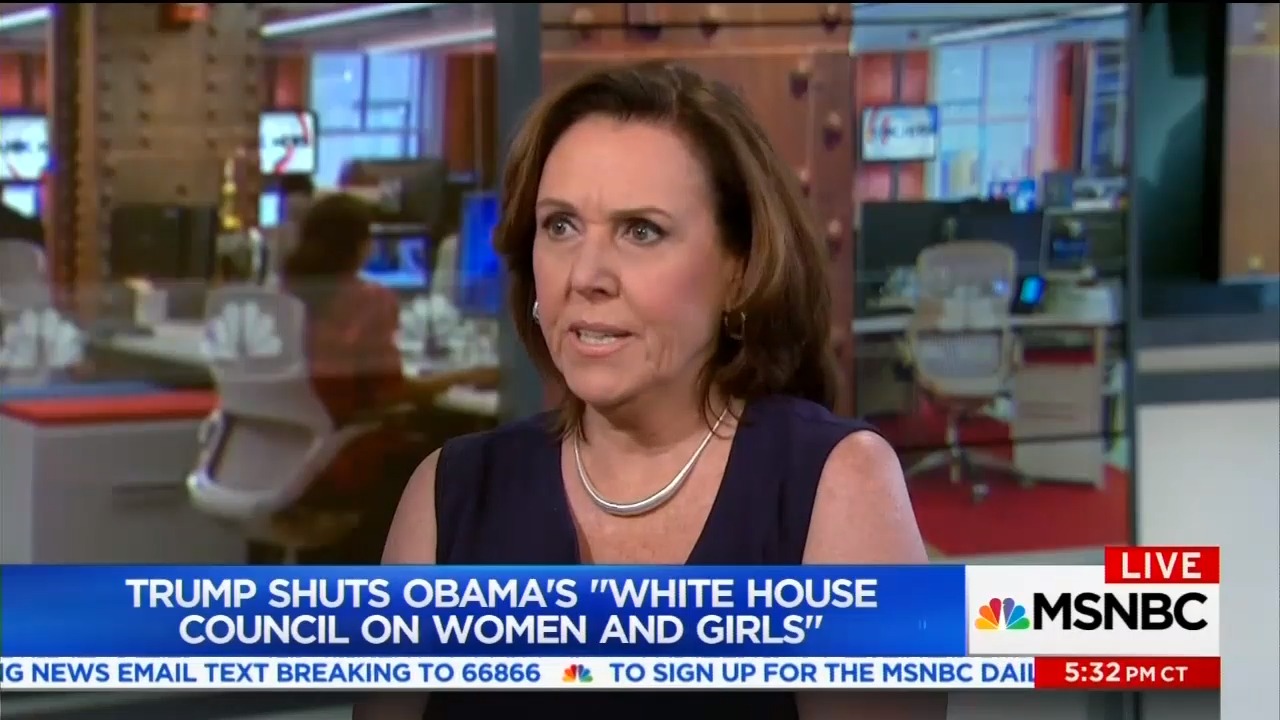 Right. With big bows on her sleeve. I mean, I don't mean to sound sexist -- it can be dangerous to comment on what women wear -- but the fact that she sat in for her father in a dress that was so incredibly ornamental was such a contradiction in terms. And I think that what we see is that in patriarchal, authoritarian societies, daughters have great value -- they are property. And the message that she is sending about her own value, about her place in the White House, and about the place of women in this administration, I think, are really frightening.

The two got into a back and forth as Roberts warned Walsh over her comments:

ROBERTS: Do you think you're opening yourself up about the bows? Are you ready?

You know, I just have -- that was a -- it's a pink dress with big bows on the elbows -- there's something incredibly ornamental. That's not a dress that's made for work. That's not a dress that's made to go out in the world and make a difference. That is a dress that is designed to show off your girlieness, and, you know, God bless her, show it off, but don't then tell us that you're crusading for an equal place for women at the table because you're not.

Roberts pressed back: "But you've -- so you can't be a feminist and be girlie at the same time?"

The left-wing MSNBC analyst stuck to her analysis as she concluded:

You can be a feminist and be girlie. We all have our girlie days, but I think showing up, taking your fathers's seat in a pink dress with big bows on the sleeves is really an interesting message. I also don't know why H.R. McMaster and Rex Tillerson didn't quit on the spot, that they wouldn't sit in, that she would get to sit there. I mean, they're playing -- there's some head games going on here, and I'm just gonna break it down. I know Twitter's waiting for me, Thomas, but I'm giving you my unfiltered reaction.