More than a year ago, Castile was tragically shot to death by Officer Yanez after Castile -- who had a concealed carry permit and therefore no criminal record -- informed the officer that he possessed a firearm during a traffic stop. The CBS Evening News report by correspondent Dean Reynolds recalled that Castile's girlfriend -- Diamond Reynolds -- famously live streamed the aftermath of the shooting on Facebook.

The CBS correspondent recounted the anger and protests over the acquittal without giving any of the facts that were in the police officer's favor that helped create a reasonable doubt in the minds of jurors as to whether Officer Yanez had violated the law with his actions. Officer Yanez was on the lookout for a robbery suspect who looked similar to Castile, and Castile was found to have marijuana in his system.

By contrast, on the NBC Nightly News, correspondent Blake McCoy took the time to inform viewers of both key points: "He (Officer Yanez) said Castile -- a school cafeteria worker -- matched the description of a robbery suspect, that he smelled marijuana and saw Castile reach for a gun."

On ABC's World News Tonight, correspondent Eva Pilgrim mentioned the robbery, but not the marijuana: "Yanez said he pulled Castile over that night believing he matched the description of a robbery suspect."

It may still be debatable whether the verdict was the correct one, but it was bizarre that CBS ran a full report on the acquittal and failed to include these two critical pieces of information that helped explain what the jurors may have been thinking.

On Saturday morning, CBS This Morning ran a shorter report that also omitted these key details, ABC's Good Morning America also managed to omit both points in spite of mentioning the robbery on Friday's World News Tonight, and NBC's Today ran a piece similar to the one already aired Friday evening that included both points.

Below is a complete transcript of the CBS Evening News report from Friday, June 16:

SCOTT PELLEY: Today in Minnesota, a police officer was found not guilty in the shooting death of a black driver. Dean Reynolds is following the trial.

DEAN REYNOLDS: As the jury's acquittal sank in, emotions spilled onto the plaza outside the courthouse in St. Paul.

VALERIE CASTILE, MOTHER OF SHOOTING VICTIM: Damn! What is it gonna take? I'm mad as hell right now, yes I am! 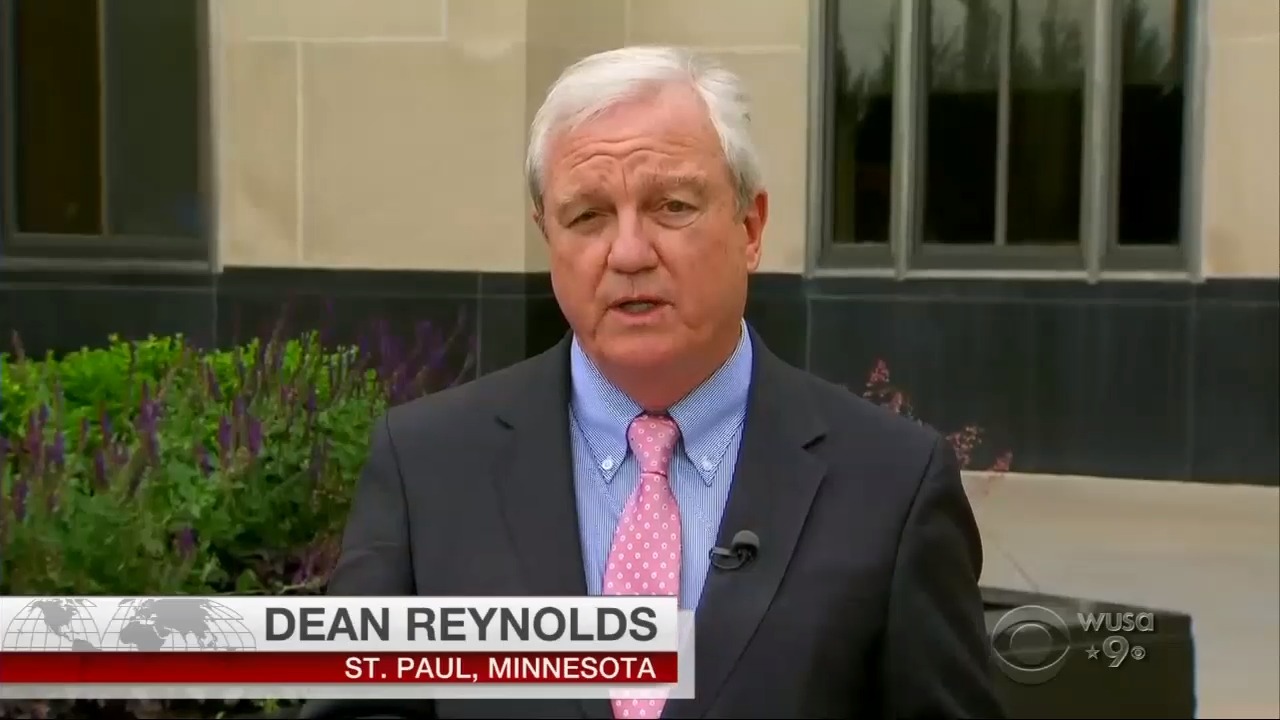 DEAN REYNOLDS: Valerie Castile is the mother of Philando Castile, who was shot to death by police officer Jeronimo Yanez during a routine traffic stop almost a year ago.

VALERIE CASTILE: This city killed my son, and the murderer gets away!

DIAMOND REYNOLDS, GIRLFRIEND OF SHOOTING VICTIM: We got pulled over for a busted tail light --

DEAN REYNOLDS: The case gained national notoriety because, in the immediate aftermath of the shooting, was live-streamed on Facebook by Castile's girlfriend -- Diamond Reynolds.

DIAMOND REYNOLDS: He was trying to get out his ID.

DEAN REYNOLDS: That's Yanez screaming at her with his gun still drawn.

GERONIMO YANEZ, FORMER POLICE OFFICER: I told him not to reach for it! I told him to get his hand out!

DEAN REYNOLDS: In the midst of the traffic stop, Castile told the officer he had a firearm, but Yanez insisted on the witness stand that when Castile reached into his pocket, he feared for his life and fired off seven shots -- five of them hitting Castile. Reynolds said Castile was simply complying with the policeman's request for identification.

DIAMOND REYNOLDS: You told him to get his ID, sir, his drivers' license.

DEAN REYNOLDS: John Choi is the Ramsey County prosecutor who charged the policeman with manslaughter.

JOHN CHOI, PROSECUTOR: He went beyond what the law requires. He was compliant. He wasn't resisting, and, at the end of the day, this was a traffic stop. Unfortunately, the jury didn't see it that way.

DEAN REYNOLDS: Late today, it was announced that Yanez will no longer be a police officer at the suburban department where he worked. But we'll have to wait and see, Scott, if that's enough to calm the protests that are planned for later tonight.