As Minnesota Democratic Representative and DNC chair candidate Keith Ellison appeared as a guest on Sunday's Face the Nation on CBS to react to President Donald Trump's recent restrictions on immigration, host John Dickerson made a feeble attempt to get the far left Congressman to respond to the anti-Defamation League slamming him for anti-Israel comments he made at a private meeting in 2010.

Without giving any details on what exactly the ADL was criticizing him for, Dickerson waited until the end of the segment to pose: "You're running to be the head of the Democratic National Committee. You're going to be in these debates with President Trump, and I want to ask you something about -- the Anti-Defamation League has looked at comments you made in 2010, and said they are disqualifying for you to be head of the DNC. What's your response? What's your response to that? The comments were about U.S. favoring Israel over Muslim countries."

As if the Anti-Defamation League were a "right-wing" group trying to "smear" him, Rep. Ellison refused to answer the question as he responded:

Let me just tell you this: The fact is, is that we are -- I'm on this morning to talk about a Muslim ban, not clipped tapes and smears that, you know, the right wing is shooting at me. The fact is, is that we, this morning, the President of the United States has issued executive orders to try to punish cities that have given sanctuary to people who are undocumented, and allowed their police forces to work on behalf of the people of that city.  He has issued a religiously-based ban. He has, I mean, let's keep the focus on where the focus is. 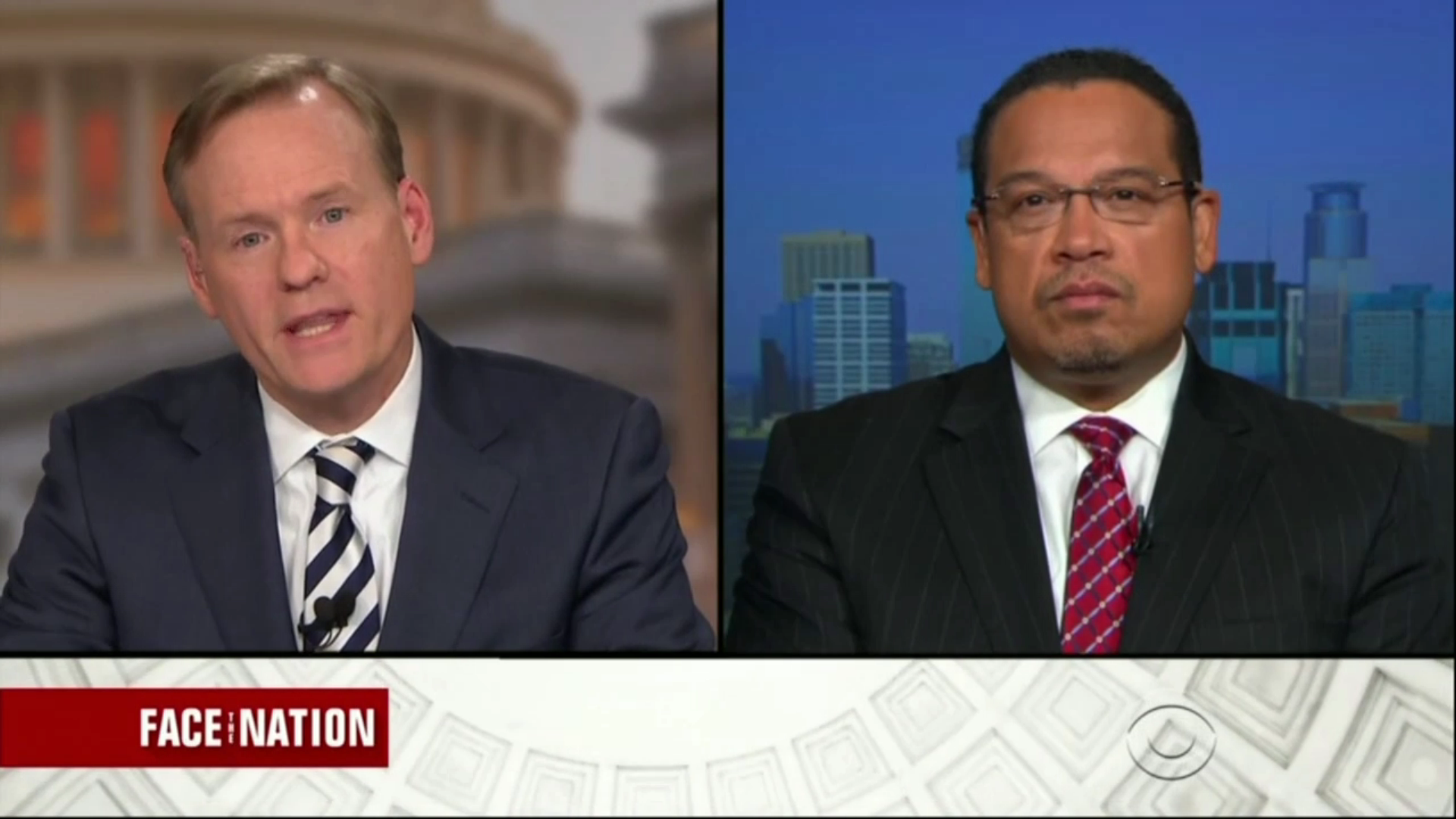 As previously documented by NewsBusters, when CNN's Chris Cuomo brought up the subject in December, the Democratic congressman made up a cover story and claimed that he was actually praising American Jews for being successful in getting the U.S. to support Israel. But the audio recording of his entire speech reveals that his talk before a Muslim group predominantly consisted of him complaining that the U.S. supports Israel against Muslim countries too much, as he advised Muslims to become more politically active to counteract supporters of Israel.

Additionally, the controversial host of the event, Dr. Esam Omeish, has been a mutual political ally of Rep. Ellison for many years -- even after former Democratic Governor Tim Kaine in 2007 removed him from a panel after comments surfaced in which he had spoken favorably of violent actions by Palestinian Arabs against Israel during the Second Intifada.

Dickerson gave no pushback as he wrapped up the segment: "Congressman, we're going to have to leave it there. Okay, I'm sorry, we've run out of time.Thanks so much, Congressman."