Appearing as a panel member on Thursday's Anderson Cooper 360, during a discussion of Muslim-Americans "self-radicalizing' and becoming terrorists, liberal CNN political commentator Van Jones at one point blamed Donald Trump for allegedly causing some to "self-radicalize."

As conservative CNN political commentator Jack Kingston argued in favor of studies to help answer the question of why "lone wolf" terrorists "became radical," Jones jumped in to inject: "When people say stuff like Trump. Trump kind of helps make people radical, but go ahead."

At 9:28 p.m. after host Anderson Cooper recalled that Trump claimed thousands of radical Muslims have infiltrated the country illegally, Kingston jumped in:

There's a term that the border patrol uses -- OTM -- "other than Mexicans" coming in. So there's truth to the fact that there are lots of people coming in -- thousands probably. I don't know the exact number because we don't have that control on it.

But I wanted to say this. One of the things that is in his immigration plan that is very rarely talked about is a committee of study on radicalization. How do you stop the lone wolf who is embedded? Maybe an American citizen, maybe not. Maybe he's lived here for 10 years. What makes him turn radical? We don't know. And that's another (inaudible) bipartisanship. 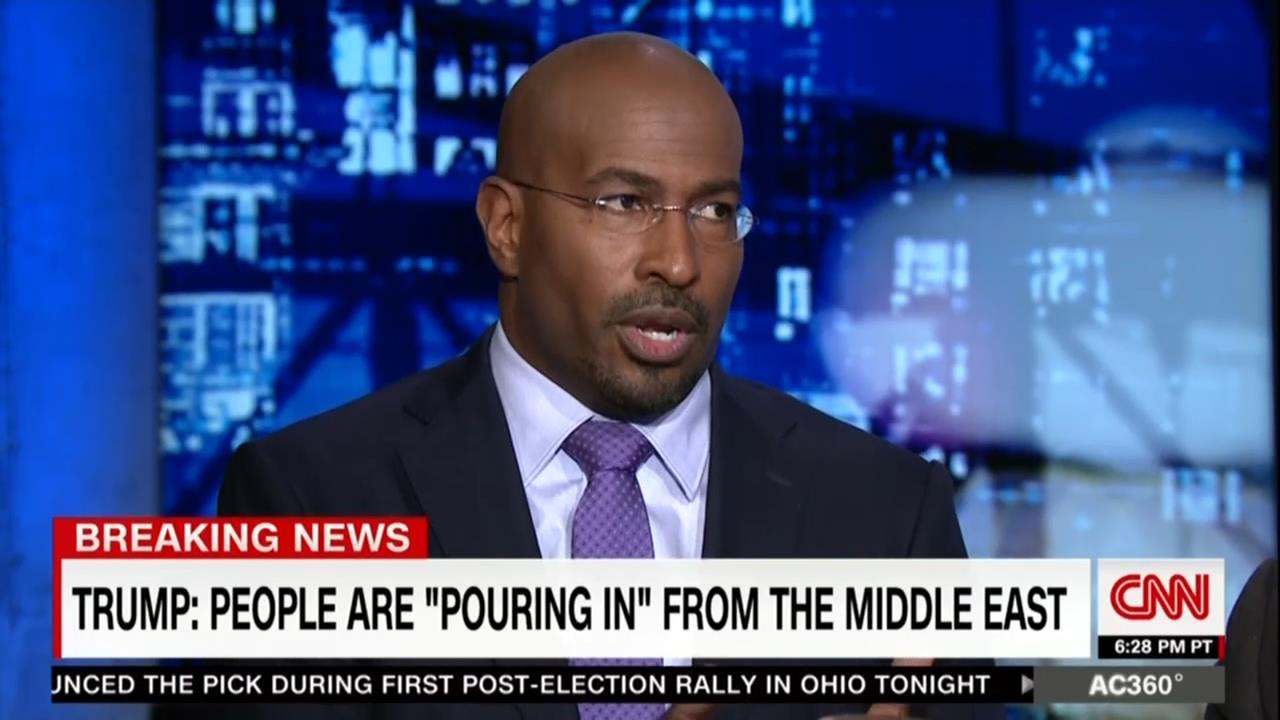 Jones then cracked: "When people say stuff like Trump. Trump kind of helps make people radical, but go ahead."

We want to know how people become self-radicalized, which is apparently what happened to this murderer at Ohio State, this terrorist at Ohio State. But the stereotyping and the scapegoating. Mr. Trump didn't say anything like this when a right-wing white kid went into Mother Emanuel Baptist Church in South Carolina Charleston, and slaughtered people because they were black in their Bible study.

Now, it was not an attack on Christians or white people or conservatives. We didn't scapegoat and stereotype them because there's more of us. But that's what's so upsetting about Mr. Trump's scapegoating Muslims or immigrants or refugees when we have homegrown terrorists who are not Muslims as well, like this animal in South Carolina who is alleged -- I guess he's accused, he hasn't been tried yet, but this young man in South Carolina.