Appearing as a guest on Wednesday's New Day, liberal CNN political commentator Carl Bernstein visibly winced after co-host Chris Cuomo asserted that Hillary Clinton did not break the law with the handling of classified email, as Bernstein recalled that FBI Director James Comey did not exonerate her on whether she in practice broke the law.

At 7:45 a.m. ET, after Bernstein painted Dr. Ben Carson's speech attacking Clinton as "preposterous," Cuomo suggested that is was "preposterous" for Republican convention goers to believe she "knowingly sent classified information to people who were unsecure." As Bernstein began decrying her handling of her work email as "indefensible," Cuomo jumped in to defend her:

CHRIS CUOMO: But "preposterous" doesn't make it ineffective. What we're hearing on the convention floor is she knowingly sent classified information to people who were unsecure. That's not true, according to the FBI director, but it's true inside.

BERNSTEIN: What she did is indefensible. What she did -- and Comey made it very clear, and one of the things that's happened is-

CUOMO: But not illegal.

After pausing to wince, Bernstein seemed slightly agitated at Cuomo's gullibility as he continued:

Not illegal in terms of bringing a case before a grand jury or into a courtroom. Whether it's illegal or not, he did not quite say. What she did was indefensible, it was reckless, she has lied about it, and that is why, especially after Comey, she is now baked in this perception among too many people in this country for her comfort as a liar, as distrusted, and so what we now have -- and we now have an election between these two people who are disdained by most Americans. 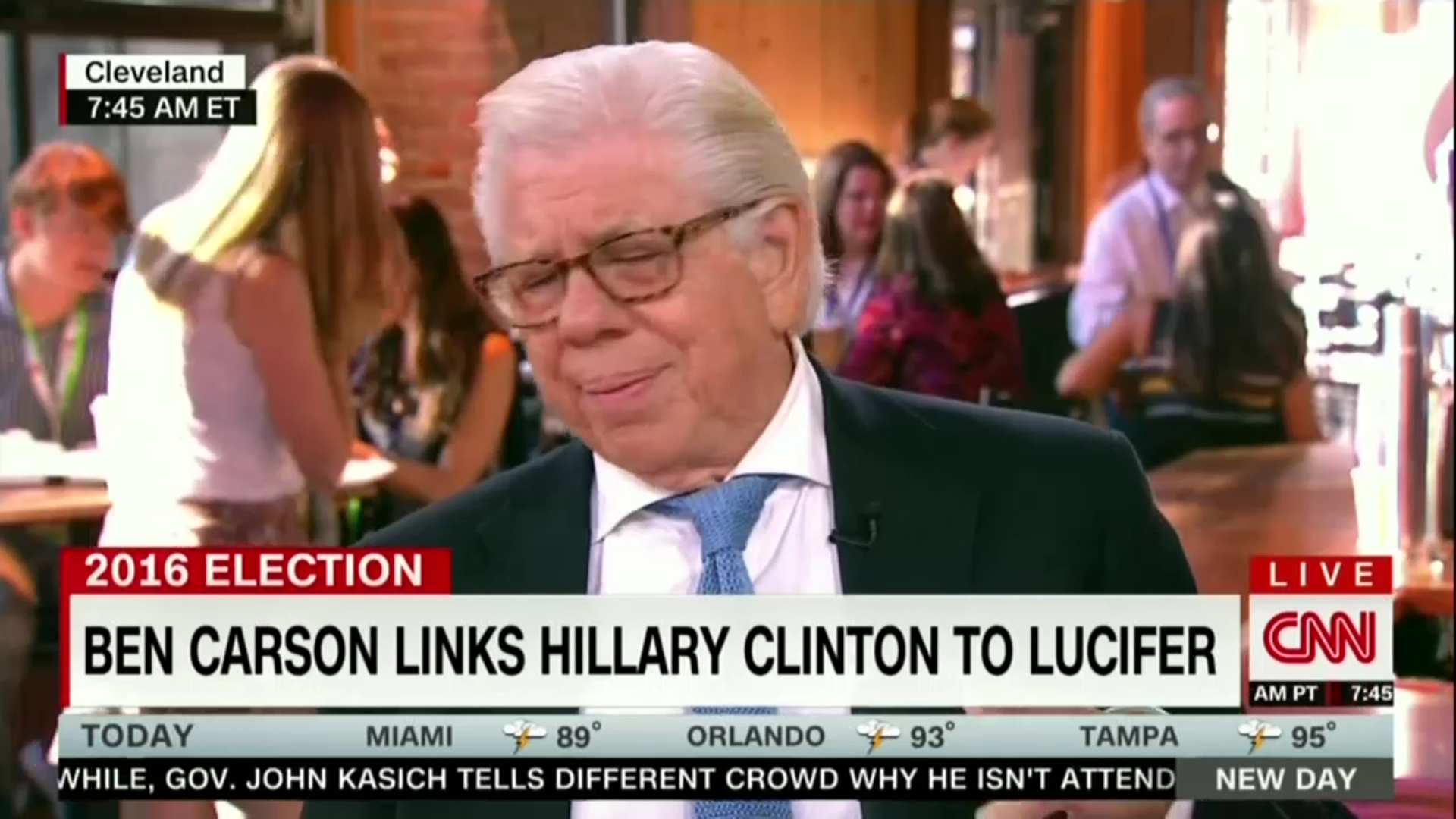 Bernstein, who has argued Clinton is still preferable to Donald Trump as President in spite of the problems with her, soon worried that the Democratic candidate will be hurt by her unwillingness to release transcripts of her "damn speeches" to Goldman-Sachs. Bernstein:

He has a record of fraudulant dealings. He won't release his taxes -- unheard of for a presidential candidate -- and the terrible thing is Hillary Clinton can't effectively go after him on his taxes because she won't release her damn speeches that she was paid for in the Goldman-Sachs instances.

It is a terrible bind she is [in]. Her people know this election is up for grabs. Some of them are horrified. And what they're horrified at -- particularly old friends and supporters of Hillary Clinton who believe in her -- is that she has made it possible perhaps for Donald Trump to become the President of the United States.