In a pre-recorded interview with Republican presidential candidate and Texas Senator Ted Cruz aired on Thursday's Erin Burnett Outfront, CNN's Dana Bash admitted that seeing Senator Cruz, a "Christian from Texas," appearing with Jews in New York City surprised her, declaring: "This is not what I expected, to be honest with you."

She soon went on to press Senator Cruz to apologize to Senate Majority Leader Mitch McConnell for accusing the Kentucky Republican of lying, as she suggested that doing so would encourage other Republican Senators to endorse him.

Raising the issue of his Jewish support, Bash posed:

You talked about the fact that you are coming to talk to me now, we're sitting in a Jewish community center, an ultra-orthodox part of New York. You just helped make matza with young children. I've interviewed you a lot of places around the country. This is not what I expected, to be honest with you. Do you feel like you have been successful as a, you know, a Christian from Texas reaching out to the orthodox Jews in New York?

A bit later, she brought up Republican Senators who have not endorsed the Texas Republican:

She then followed up by suggesting he apologize to Senator McConnell:

BASH: But to get the chance to beat Hillary Clinton, you know how it works, you actually have to be the Republican nominee. One of the things that my colleague, Manu Raju, in the Senate has heard from some Republican Senators is that they probably would think about backing you and telling all of their grassroots activists to back you if you would apologize for saying your Republican leader, MItch McConnell, was a liar. Will you apologize?

The two went back and forth as Cruz declined her suggestion: 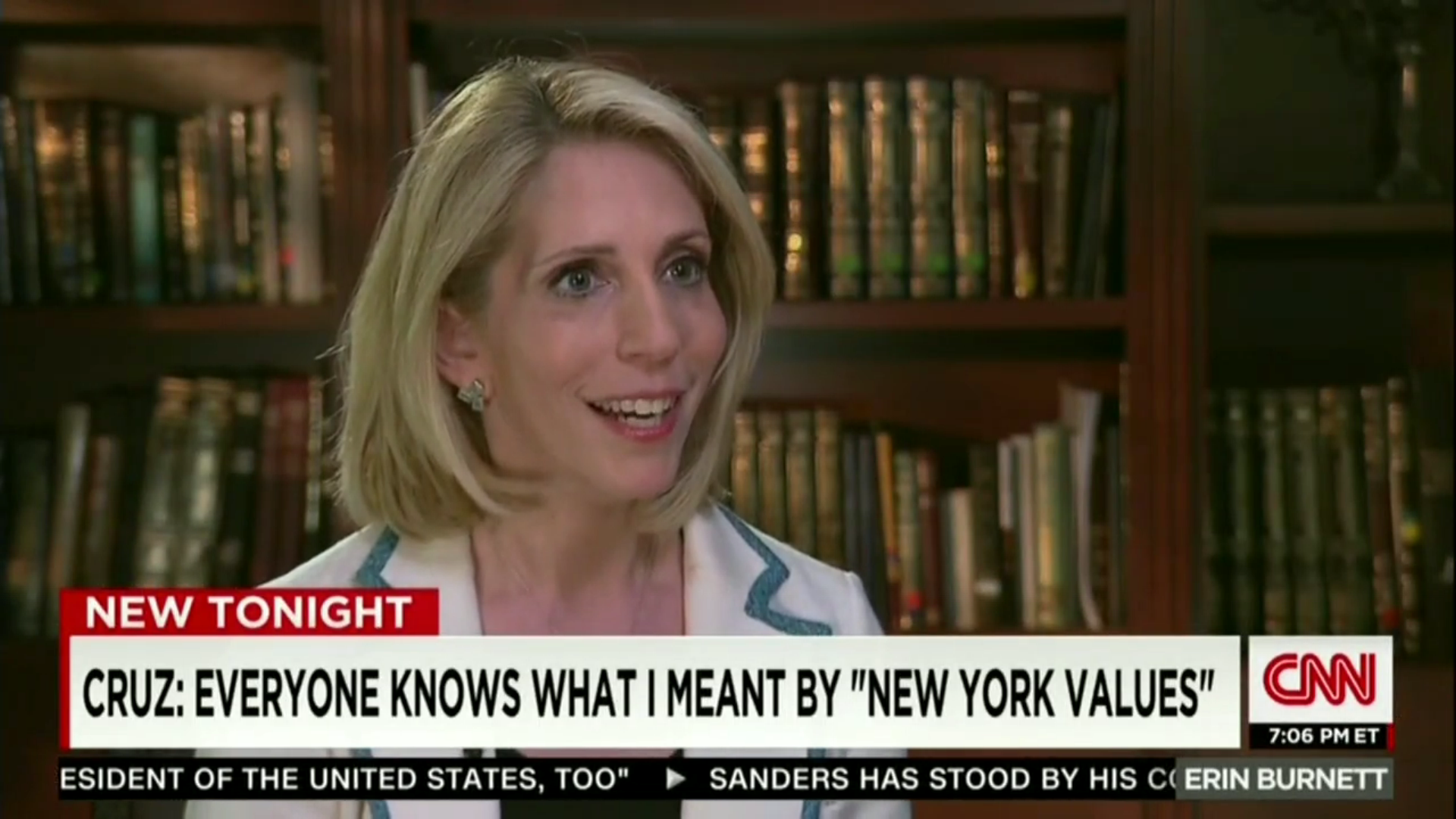 SENATOR TED CRUZ (R-TX): You know what, Dana, this is why people are so frustrated with Washington. It's the inside battles back and forth. This isn't a game. This isn't about Washington power brokers. This isn't a smoke-filled room. If we want to turn the country around. let me tell you who should apologize. Barack Obama and Hillary Clinton should apologize to the American people-

DANA BASH: But you called Mitch McConnell a liar, not them.

CRUZ: They should apologize to the American people for seven years of economic stagnation, for people seeing jobs going overseas, wages stuck. Barack Obama and Hillary Clinton should apologize to all the single moms who have been forced into part-time work because of Obamacare.

BASH: So no apology to Mitch McConnell? Because it could help you.