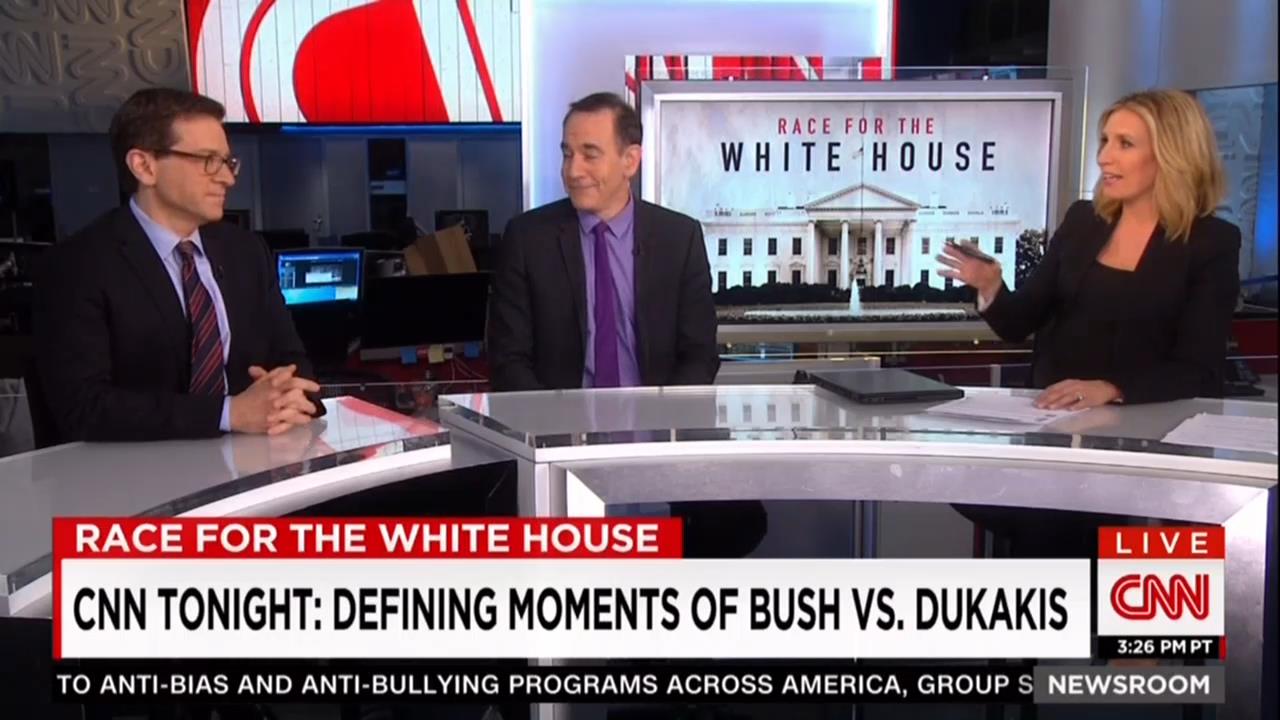 On Sunday's CNN Newsroom, during a segment previewing the Race to the White House special on the 1988 Bush-Dukakis presidential race, after host Poppy Harlow recalled claims that the George H.W. Bush campaign used "racial fear" against Democrat Michael Dukakis, historian Tim Naftali went on to claim that the Bush team "played on racist fears" because of the Willie Horton issue.

The panel did not even make a distinction between the ad designed by the Bush campaign -- which did not use Horton's image but instead employed white actors to play the parts of convicts -- and a different ad run an independent group which did use Horton's mug shot, which was the ad that CNN showed on screen.

Princeton University Professor Julian Zelizer went after the late Lee Atwater as someone who "was willing to play to some of the worst elements of the electorate, including on race." Zelizer:

Well, let me say some of it's the same, you know, the architect of Bush's campaign was someone named Lee Atwater, who understood that politics is theater, who also was willing to play to some of the worst elements of the electorate, including on race, And I think some of the origins of what we're seeing today actually can be found in the 1988 campaign. But the filters are gone. This is the kind of world Lee Atwater would have loved, with Twitter and online and little editorial control. The kind of stuff we saw in 1988 can now be done without any kind of controls.

The CNN anchor then accused Bush 41 of using "racial fear" as she followed up: "The famous Willie Horton ad, and we can roll some of that, I mean, Tim, you believe, you pointed to the Bush campaign who ultimately won in all of this, using racial fear to turn the race and doing it successfully."

Bush 41 was a very good President, but this was a very ugly campaign. The Willie Horton ad was designed to do exactly what you think it was designed to do, which was to play on people's fears and to play on racist fears. There was also a dirty trick -- and it's not clear who was responsible for it -- but there was a rumor that was sent out that Michael Dukakis had had some treatment for depression, and then Ronald Reagan commented on it.

After recalling that President Ronald Reagan once joked about Dukakis being an "invalid," Naftali continued:

So there was a dirty side to this campaign, and it played on some of the worst feelings in this country. But, as I said, the question has always been: What did George Herbert Walker Bush know about the campaign that was done in his behalf?