Appearing on Wednesday's New Day, CNN political reporter Sara Murray sounded more like a liberal CNN political commentator as she slammed GOP presidential candidate Jeb Bush's recent comments about the federal government perhaps spending more money than it should on women's issues, as she called his remarks "cringeworthy" and "demeaning."

She went on to declare that the Bush soundbite was a "gift" for Hillary Clinton and, referring to these women's programs, oddly asserted that "this is how we reproduce in America," as if federal programs were necessary for human reproduction.

At about 6:10 a.m., co-host Alisyn Camerota set up the soundbite:

Sara, let's talk about Jeb Bush and the comments that he made that were unscripted that Hillary Clinton then pounced on about women's health and how much money should be spent on women's health issues. Here's the soundbite for those that missed it.

Then came a clip of former Governor Bush from a candidates forum:

Camerota referred to Bush's remarks as a "stumble" as she asked:

Sara, he was trying to make the point that it doesn't have to go to Planned Parenthood, but he said he wasn't sure we needed that much money anyway. How big of a stumble was that? 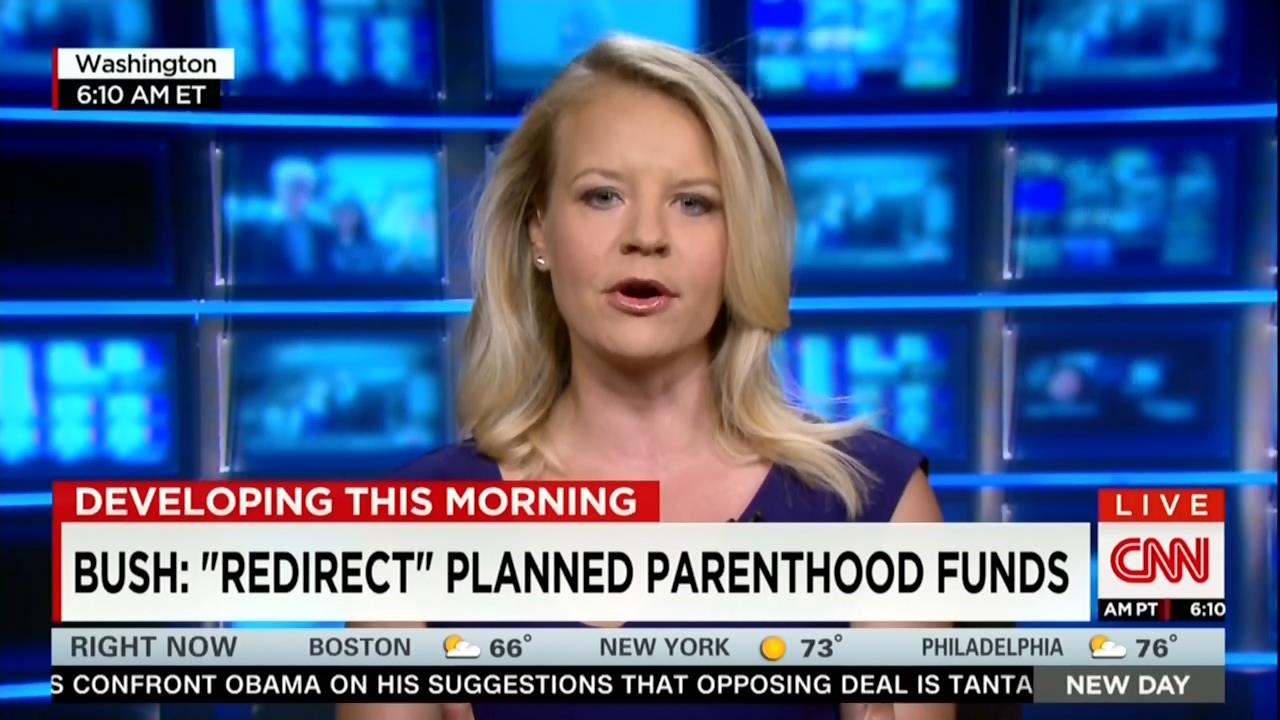 Murray called the clip "cringeworthy" as she began:

I think that comment is pretty cringeworthy when you listen to it. And, look, you don't replay the statement that they put out over and over again, you replay the soundbite. So I think it also sets up a huge contrast for him and Hillary Clinton. And I think this was -- this was exactly the gift that Hillary Clinton wanted to show the difference between where she stands and where the Republican Party stands.

The difficulty for Jeb Bush was when you talk about it in those frames, when you talk about it as 500 billion [sic] for women's issues, the reality is, everyone knows those services are not just for women's issues, they're for family issues. This is how we reproduce in America. This is how we ensure women are healthy and can have babies and can have families, and so to talk about it in that demeaning way I don't think does him any favors with women.