MSNBC efforts to link conservatives to Nevada rancher Cliven Bundy continued on Wednesday, May 7, as All In host Chris Hayes suggested that endorsing Tea Party candidates was "basically one step away from endorsing Cliven Bundy." [See video below.] 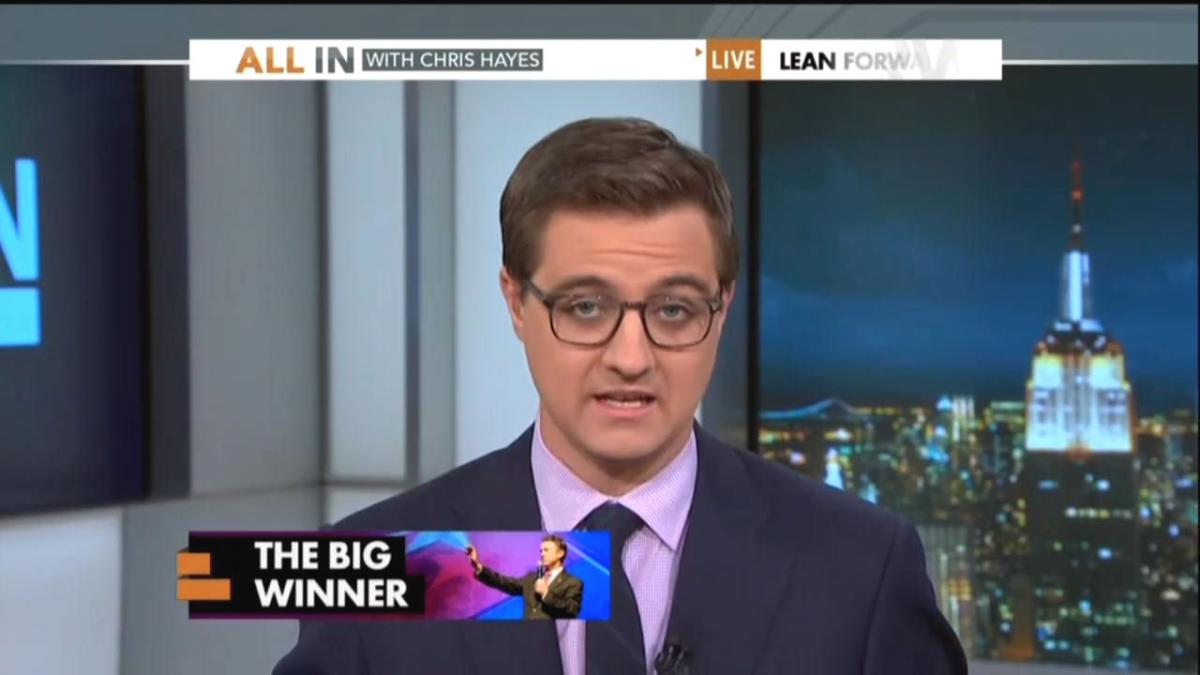 Hayes began the show by arguing that Kentucky Republican Senator Rand Paul is better off that North Carolina Senate candidate and Tea Partier Greg Brannon lost the day's GOP primary because now Paul, who previously endorsed Brannon, will not have to answer for the candidate's views that the MSNBC host considers extreme.

After recounting some of Brannon's views, Hayes continued:

That is just a small sampling of the very same Greg Brannon who also happens to owe two investors in his failed startup company more than $250,000 after a jury found Tuesday he provided them bogus information about a potential deal. This guy is in Christine O'Donnell, Joe Miller, Sharron Angle territory.

And I mean this is basically one step away from endorsing Cliven Bundy. And we all saw what happened to everyone who associated themselves with Cliven Bundy, how they had to go diving away from the grenade when it blew up. Rand Paul has now dodged that kind of moment.

A bit later, as he hosted Stephanie Schriock of Emily's List as a guest, Hayes went after North Carolina GOP Senate nominee Thom Tillis as "extremely far to the right." Hayes:

It is only the total nuttinesss of Greg Brannon out there that made him seem like an establishment candidate to begin with.