Watch as Reporters Get Their High Hopes Crushed by Mueller ‘Disaster’ 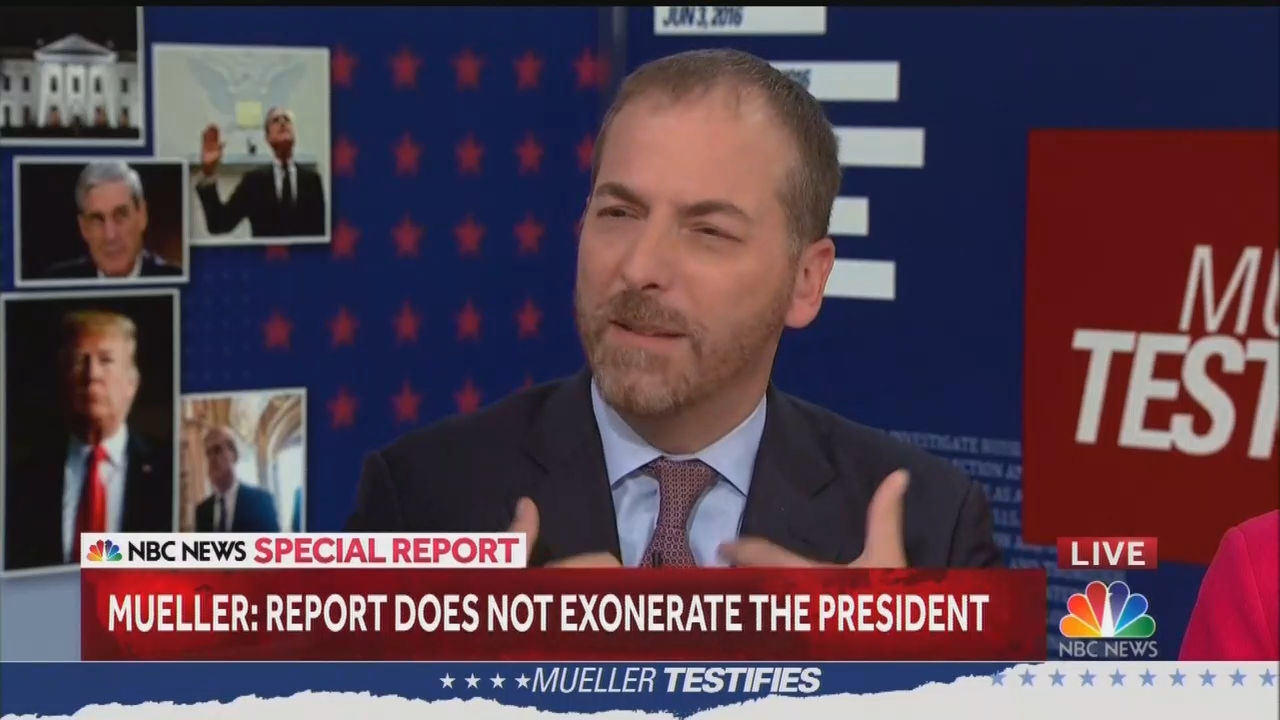 If the left-wing media were hoping for a slam dunk during Special Counsel Mueller’s testimony on Capitol Hill Wednesday, it’s clear from their reactions that they don’t think they saw one. The responses from TV journalists ranged from nonplussed to outright upset (aside from a weirdly giddy CNN panel), with some analysts and reporters going so far as to declare the hearings “a disaster,” and the cause of impeachment “over.”

This disappointed reaction stood in comically stark contrast to the excitement permeating cable and broadcast news in the days and hours before Mueller testified.

Watch the video below for a comparison of TV news before and after:

The day before Mueller’s trip to the Hill, MSNBC’s Brian Williams intoned on The 11th Hour that the stakes were “extremely high.” He elaborated that many Democrats were “hoping that this testimony in front of the House Judiciary and Intelligence Committees will ignite public outrage somehow, and public interest in the investigations into the President.”

Over on CNN, New Day co-host Alisyn Camerota likened the upcoming hearings to now-CNN contributor John Dean’s testimony during the Nixon years. “Not many people know the pressure of testifying before Congress with the Presidency at stake,” she intoned with a grin.

Broadcast networks were, if anything, more excited than their cable counterparts. Hours before the back-to-back hearings, ABC’s Mary Bruce on Good Morning America dubbed Mueller’s testimony Democrats’ “last, best chance to convince the public to support impeachment.” Meanwhile co-host and Democratic donor Gayle King informed viewers of CBS This Morning: “It could mark a key moment in the Trump presidency.”

By the end of the day, most of this excitement had been hopelessly dashed.

“Did this move the ball at all?” ABC’s George Stephanopoulos asked senior national correspondent Terry Moran after the Judiciary hearing. “No,” Moran spat. “Impeachment’s over.”

NBC political director Chuck Todd deemed the event “a complete failure.” He added: “As they were using him for clarity, he’d somehow fog it up, and how he would do certain things. So look, on optics, this was a disaster.”

MSNBC’s coverage was similarly dour, with a depressed-looking Brian Williams remarking: “A lot of Democrats in particular used the D-word and branded this a disaster early on.”