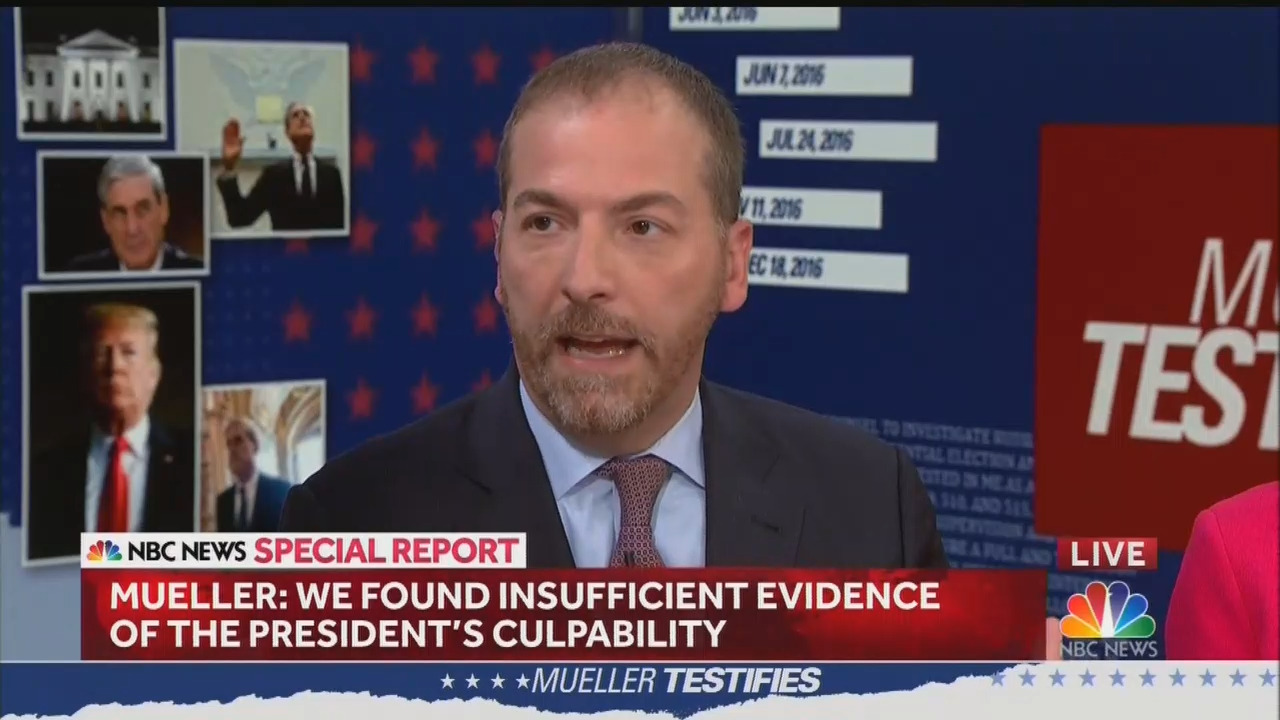 Looks like Robert Mueller let down the liberal media on Wednesday, when he failed to give them the ammo they so desperately desired to impeach Donald Trump.

NBC’s Chuck Todd echoed his MSNBC colleagues when he expressed disappointment over Robert Mueller’s testimony. On NBC News’ live coverage of the event, the Meet the Press moderator called the testimony “a complete failure” and added “on optics this was a disaster.”

Later on in the coverage Todd whined that “you have a propaganda machine on the right” and “the Democrats haven’t figured out how to combat” it.

The following are the relevant portions of NBC New’s live coverage of the Mueller testimony as it was aired on July 24:

SAVANNAH GUTHRIE: Well, yeah. I mean when, when the Democrats were asked why, why would they put Robert Mueller on the witness stand. Why did he come before Congress when he’s issued this report, they said it was because you needed to have this report come alive because the movie would be better than the book. That it would capture and captivate Americans’ attention and focus them on the issues here. And to our panel I ask the question, is it mission accomplished, if that was the goal?

CHUCK TODD: If that was the goal it’s a complete failure on that front. Look I think on substance Democrats got what they wanted. They got him to confirm that he didn’t make a charge because of the, of the Justice Department memo. He confirmed that you can still indict him on these charges after he leaves office. And he seemed to confirm the idea that under any other circumstance he likely would have filed some charges.

So they got some substance of what they wanted him – some of that. But he provided such – what do you call it? Uncomfortable clarity. It – he would – as they were using him for clarity he’d somehow fog it up. And how he would do certain things. And, and – so look on optics this was a disaster.
...
TODD: The fact is we are living in this 21st century new type of asymmetrical media warfare that we’re in. And you have a propaganda machine on the right. And that’s what it is. Is a full-fledged propaganda machine on the right that the Democrats haven’t figured out how to combat very well yet.

ANDREA MITCHELL: And they were warned.

MITCHELL: But they were warned that he was not going to read.