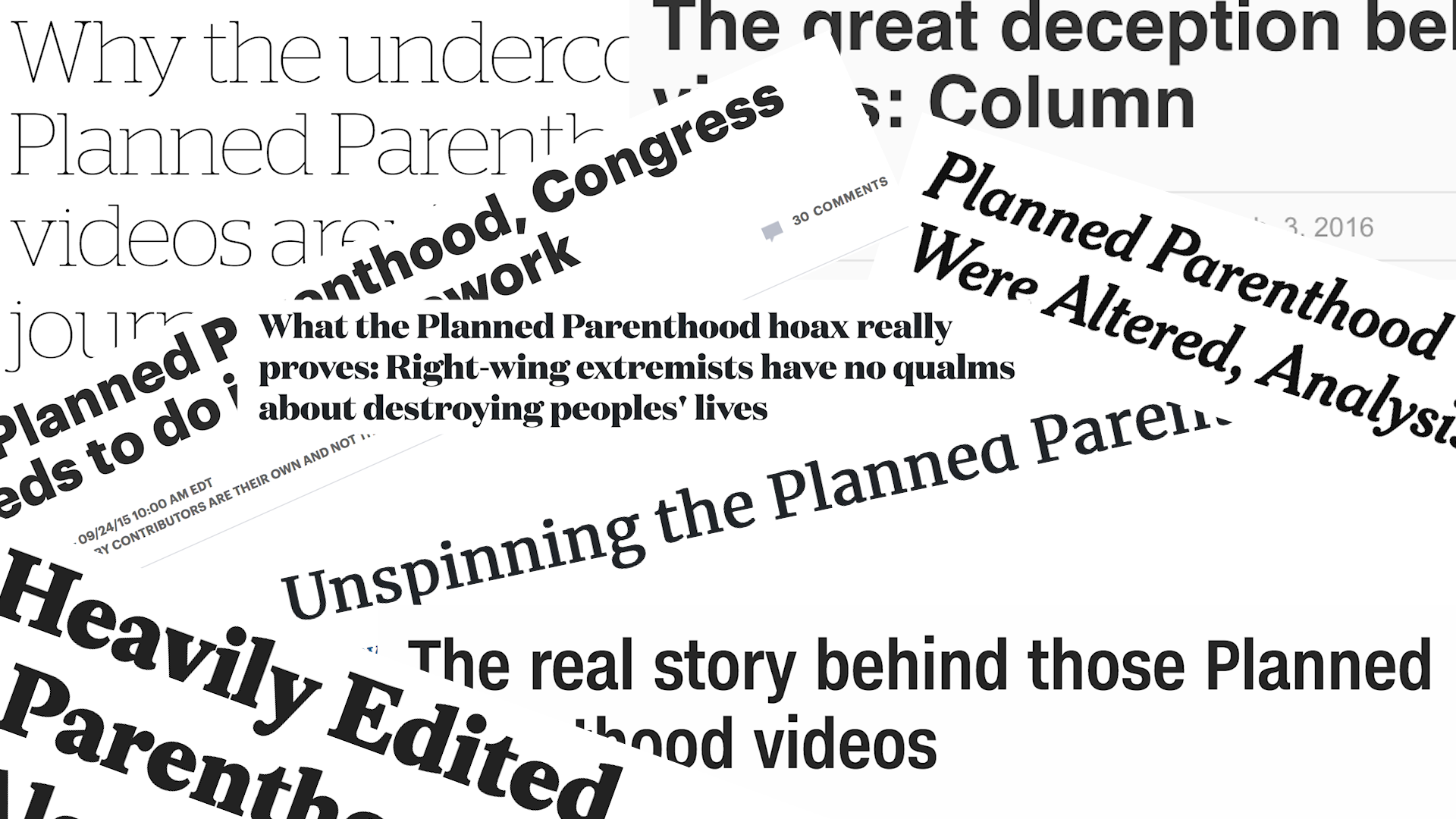 As the MRC's Matt Philbin noted here, the recent ruling against Planned Parenthood by the U.S. 5th Circuit Court "puts the lie to the Planned Parenthood/media talking points about the infamous 2015 undercover 'baby parts' videos being deceptively edited." But this ruling has ramifications for more than just Planned Parenthood; it's also bad news for their enablers in the media.

It's never been disputed that the "baby parts" videos were edited. The individuals behind the camera chose when to press record, when to stop, and what bits of recorded conversation to leave out of their finished product. The question is, and always has been, did any of the edits give viewers a false impression of what the raw footage actually showed – for example, by stringing together unrelated or out-of-context statements? According to the 5th Circuit Court's decision and based in part on a forensic analysis that compared the raw footage to the edited videos, the answer is no.

Thus the claim that the Planned Parenthood videos were "deceptively edited" is no longer accurate. That's a problem for the organizations and news outlets who published celebratory articles containing that talking point back when the now-vacated ruling was first issued.

Here's list of organizations and news outlets who have repeated the now-disproven line about "deceptive edits." It's anybody's guess as to how many of them will issue updates or corrections:

ThinkProgress - Everything You Need To Know About The Anti-Abortion Groups Trying To Discredit Planned Parenthood, July 21, 2015.

CNN - The real story behind those Planned Parenthood videos, October 19, 2015.

The Hill - On Planned Parenthood, Congress needs to do its homework, September 24, 2015 (Opinion piece by Dawn Laguens).

Huffington Post - Editor of Planned Parenthood Videos Worked On Them For At Least 11 Months, October 12, 2015.

Vice - Planned Parenthood Versus a Bizarre Web of Deceit, September 1, 2015.

Vox - I thought I saw all the Planned Parenthood sting footage. Turns out the tapes were edited., August 28, 2015.

It should be noted that this is not an exhaustive list. The organizations listed here are those still missing retractions as of 2:00 p.m. Eastern on January 18, 2019.