Mika Brzezinski on Giuliani Interview: 'Oh My God, I Can't Even, I Can't' 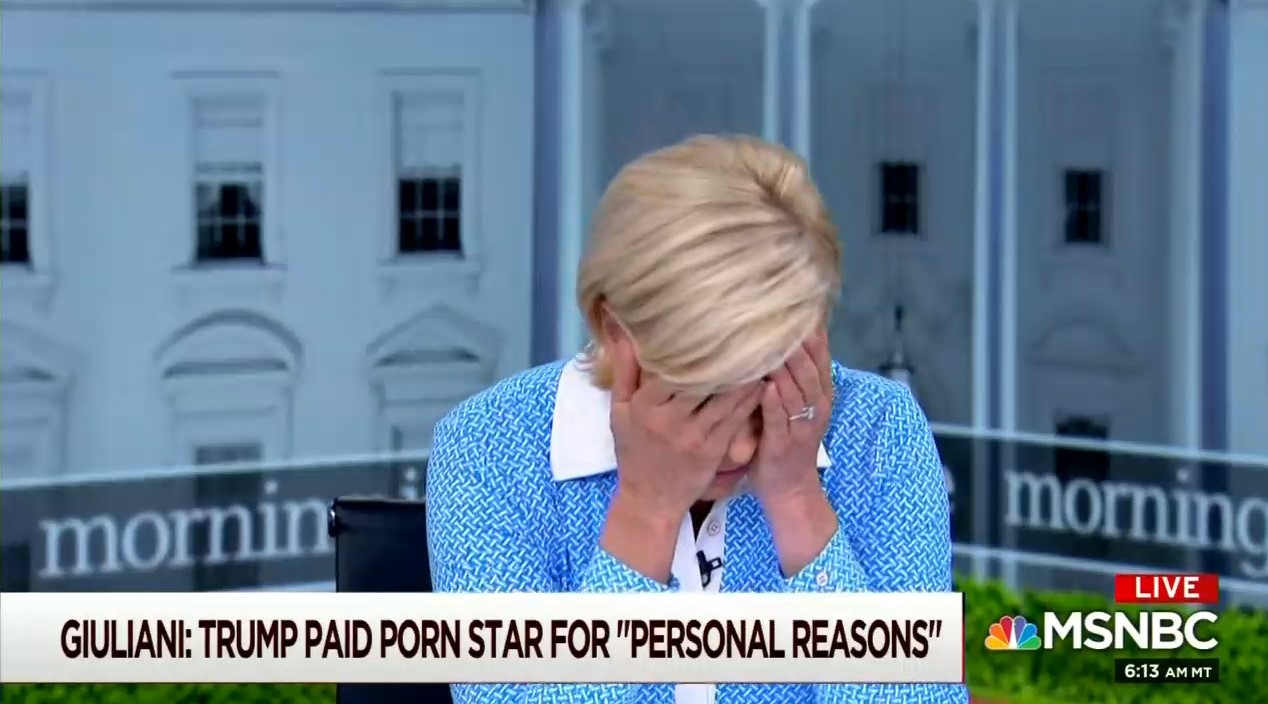 On Thursday, Morning Joe co-hosts Joe Scarborough and Mika Brzezinski spent less than 40 minutes of their three-hour MSNBC show talking about anything other than the President’s legal troubles.

The pair were particularly incensed at two television interviews given by former New York Mayor Rudy Giuliani, who had recently joined the President’s legal team. The show continuously played and replayed clips from those appearances until Brzezinski collapsed into a sputtering heap. "Oh my God," she cried, "I can't even, I can't."

In addition to a handful of contributors and panelists, the show brought on a cavalcade of guests to dissect Giuliani’s television interviews on Hannity and Fox and Friends. Among them were liberal Democratic Senator Richard Blumenthal of Connecticut, and, of course, Daniels attorney Michael Avenatti.

No panelist bothered to ask Blumenthal about anything germaine to his role as a sitting Senator, such as pending legislation or the upcoming midterms. Instead, Blumenthal’s interview focused entirely on the President’s legal troubles, aside from one tack-on question from MSNBC’s Willie Geist about Trump’s upcoming summit with Kim Jong-un. For his part, the Senator did not appear to mind.

Avenatti’s appearance unfolded predictably. He opened by staring sternly at the camera and making a statement which resembled a WWE wrestling promo: “Mr. President, you and your advisers and your lawyers need to bring it. Bring it.” After hurling a few obligatory insults (“liar,” “disgrace,” etc.) Avenatti took aim at a recent string of tweets from the President’s Twitter account:

If anybody thinks that Donald Trump wrote those tweets, then they haven't been paying attention over the last couple years. I don't know the lawyer that wrote this, but you can tell a lawyer wrote it because you can –  all you have to do is count the number of commas in the run-on in the first tweet. Whoever the lawyer is that wrote this, that lawyer is also a moron.

The paltry few segments that morning which were not about Trump ended up being about Trump anyway. For example, while interviewing political scientist Ian Bremmer about his front-page Time article titled “Rise of the Strongman,” Brzezinski posited that Trump ought to have been pictured on the cover. Later, a third-hour segment about “the state of black America” opened with a clip of the President discussing the black unemployment rate.

It remains to be seen whether MSNBC executives will eventually modify the morning program’s name to The Trump Show. Regardless, Scarborough and Brzezinski will likely continue to behave as though such a change has already taken place.