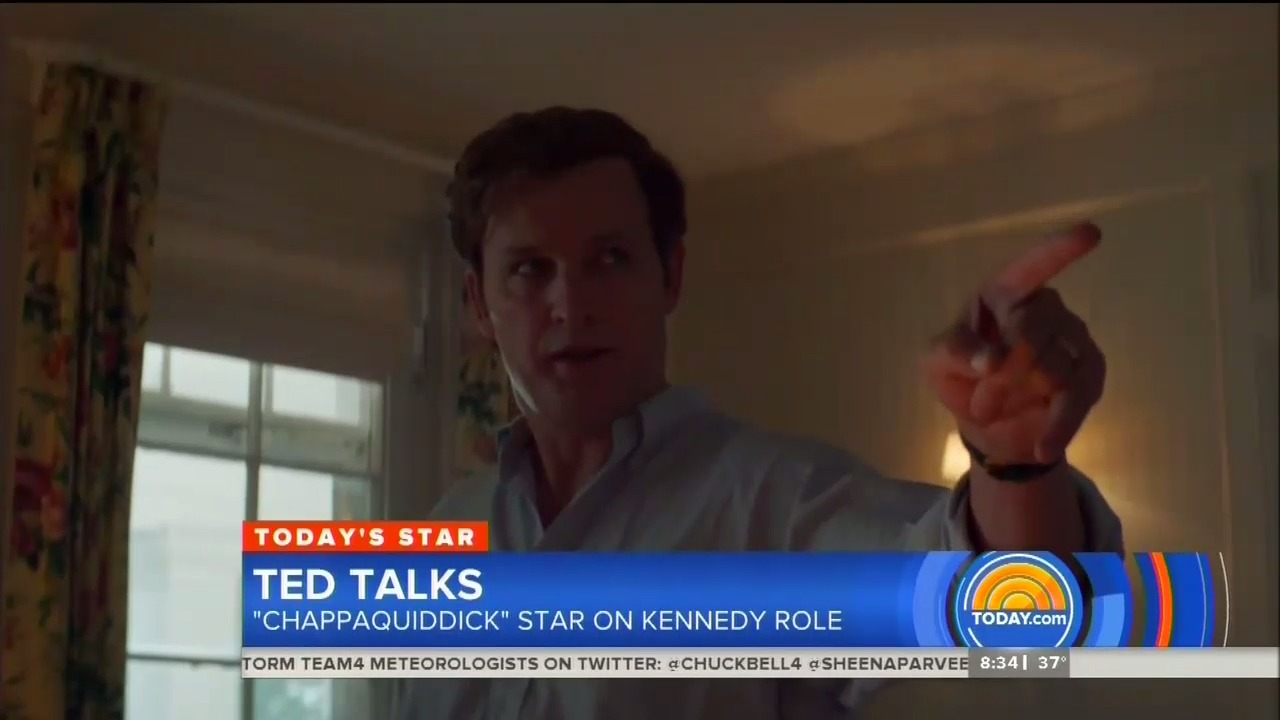 Today is the official release of director John Curran’s Chappaquiddick, which tells the true story of how 20-year-old Mary Jo Kopechne died in Ted Kennedy’s Oldsmobile after the Senator drove it off a bridge on Martha’s Vineyard in 1969. Traditionally, the news media have demonstrated great interest in movies with social or political themes, but so far Chappaquiddick has been completely ignored by CBS This Morning, while NBC’s Today and ABC’s Good Morning America have each featured only a single segment about the film.

MRC analysts looked for any coverage of Chappaquiddick during the past two weeks (from March 26 through April 6) on network morning shows, where one would normally find advance publicity before a film’s release. Coverage was scarce: NBC’s only segment was on the April 5 Today show, during which co-host Savannah Guthrie confronted lead actor Jason Clarke with liberal complaints: “Bob Shrum, who worked for Kennedy, an old politico, called it a disservice, and a journalist who was there on Chappaquiddick said it’s utterly fictionalized.”

On ABC, supporting actor Ed Helms talked about the film for just over 90 seconds during an interview on Friday’s Good Morning America: “It’s just a piece of American political history that needs to be told and discussed.”

The networks’ relative neglect of Chappaquiddick contrasts with their reaction to The Post, an historical drama about the Washington Post’s defiance of the Nixon administration in publishing the then-classified Pentagon Papers. Looking at the comparable period prior to that movie’s official release on January 12, those two networks provided 23 minutes of coverage — nearly four times the amount given to Chappaquiddick in the same time frame (slightly more than six minutes). 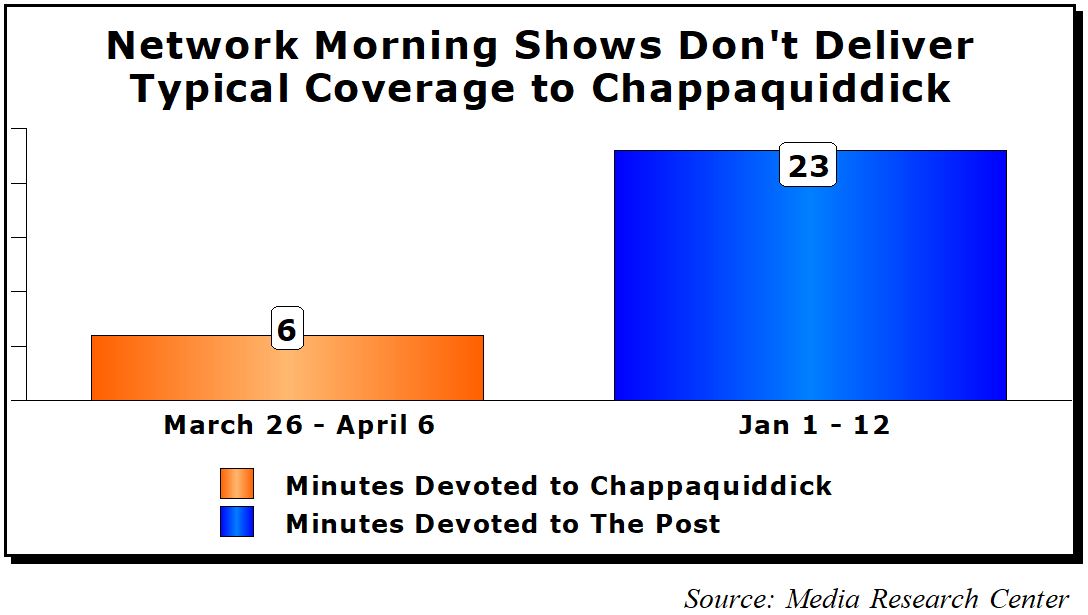 CBS This Morning showed tremendous interest in The Post, airing three full segments (totalling 13 and a half minutes) prior to its release. But that show has not even acknowledged Chappaquiddick during the past two weeks.

For its part, ABC’s Good Morning America seemed little interested in either movie. While it provided a relatively small amount of coverage of Chappaquiddick during the Helms interview, it provided even less coverage of The Post prior to its release — only 25 seconds of discussion embedded in coverage of Hollywood awards shows.

Clarke, who portrays Kennedy in the movie, has reportedly expressed frustration that Chappaquiddick is not receiving the attention he feels it deserves. In an interview with Deadline, the actor observed that cable networks “on the left aren’t really embracing it.” According to Clarke, both HBO’s Bill Maher and MSNBC’s Rachel Maddow have passed on hosting him for an interview.