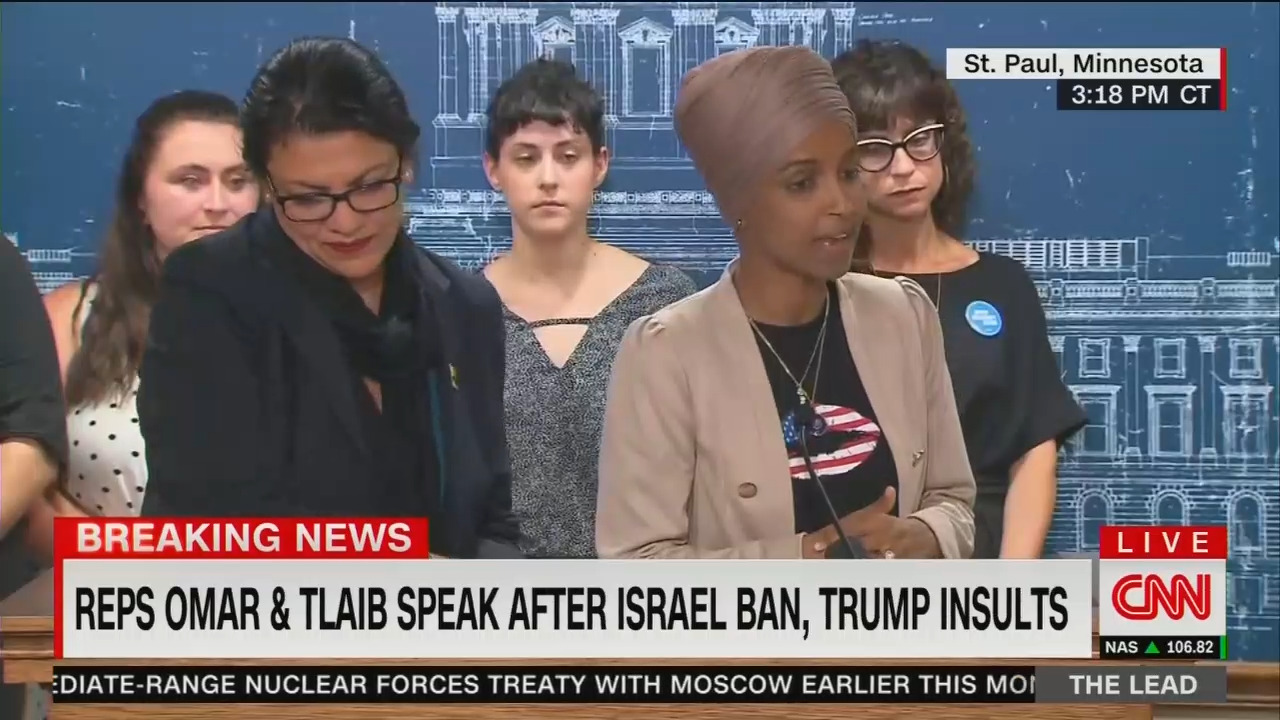 Imagine two sitting Republican Congresspeople planned a trip to a foreign country in conjunction with a nongovernmental organization. Imagine that particular NGO had a long history of Jew hatred: It had run a piece on its website quoting anti-Semitic myths about Jews imbibing Christian blood, republished a neo-Nazi article decrying the “Jew-controlled entertainment media” and suggested that “honor” was the proper response to a terrorist who murdered 38 Israelis, including 13 children.

Finally, imagine that both members were supporters of the anti-Semitic boycott, divest and sanctions (BDS) movement directed against Israel —  movement so obviously anti-Semitic that a bipartisan coterie ranging from Sen. Ted Cruz, R-TX., to House Speaker Nancy Pelosi, D-Calif., had declared it so.

Simply switch out the word “Republican” for “Democrat” and the media coverage shifts 180 degrees. Suddenly, the Congresspeople become put-upon heroes, victimized by the evils of the nefarious Jewish state. Suddenly, a media blackout arises with regard to the NGO sponsoring the visit; the Washington Post calls the organization “a nonprofit organization headed by Palestinian lawmaker and longtime peace negotiator Hanan Ashrawi”; The New York Times praises the group for raising “global awareness and knowledge of Palestinian realities.” The statements of the Congresspeople become mere conversation starters; The New York Times praises one for starting a vital conversation about Israel. The BDS position becomes worthy of debate, rather than a symptom of anti-Semitism.

Our major media are driven by narrative, not by fact. And the narrative depends on the players. Congresswomen Ilhan Omar, D-Minn., and Rashida Tlaib, D-Mich., aren't hiding their anti-Semitism. They revel in it. And why not? The media celebrate them as “The Squad.” Pelosi cowers before them. And their anti-Semitic propaganda receives kid-glove treatment.

And Omar and Tlaib aren't new. Media coverage of Israel has long been skewed in favor of Israel's enemies. How much coverage, for example, has the mainstream media given to the Palestinian Authority's announcement — this week — that an LGBTQ group would be banned in its territories, since the PA's values are in conflict with those of the group? The answer: virtually none. As of this writing, hardly any pieces have appeared in a non-Jewish or non-conservative publication.

Jews simply aren't part of the intersectional narrative, unless they are targeted by those perceived as higher on the scale of privilege. It's that simple and that despicable. It's the reason Rev. Al Sharpton has a show on MSNBC, the reason Democratic politicians continue to play footsie with Louis Farrakhan, the reason The New York Times ignores hate crimes in its own city, the reason Omar and Tlaib are treated as victims rather than pariahs. All of which underscores just why Israel seeks to protect itself so strongly from those who seek to destroy her: There are plenty of people out there who want to, and our media watchdogs are too busy drooling over them to remember that their job is to report the news.

Ben Shapiro, 35, is a graduate of UCLA and Harvard Law School, host of "The Ben Shapiro Show" and editor-in-chief of DailyWire.com. He is the author of the No. 1 New York Times bestseller "The Right Side Of History." He lives with his wife and two children in Los Angeles.