NBC Out to Lunch on ISIS's Mass Kidnapping of Christians; ABC, CBS Move On 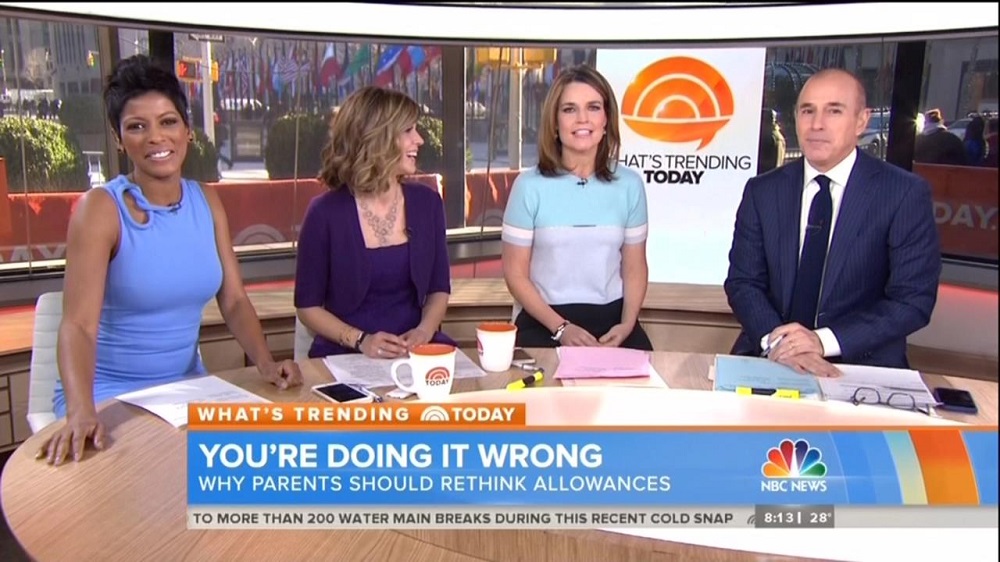 As of Wednesday morning, NBC's morning and evening newscasts have yet to cover ISIS's kidnapping of up to 150 Christians from northeastern Syria on Monday. On Wednesday, Today yawned at this latest example of the Islamic extremist group's persecution of Christians. Instead, they devoted 1 minute and 13 seconds to a Slate writer's advice to parents on giving their children allowances.

ABC and CBS's morning and evening shows have also apparently moved on from covering this atrocity, after devoting a combined total of 1 minute and 15 seconds to the story on Tuesday. ABC's fluff-filled Good Morning America, which devoted 33 seconds to the kidnapping on Tuesday, set aside 39 seconds of air time to a news brief on a Canadian man who dug a snow tunnel from his house to his driveway. They also broadcast a 31-second brief on actress Lea Michelle's last day on Fox's TV show, Glee.

However, CBS This Morning, which usually stands out for its emphasis on hard news (especially compared to GMA and Today), devoted nearly four and a half minutes to Apple's debut of new emojis. The morning newscast also spent 17 seconds of air time to the upcoming Pee Wee Herman movie, and 19 seconds to Jamaica decriminalizing marijuana in small amounts.

By contrast, CNN's New Day on Thursday aired 3 full reports (all from correspondent Nic Robertson; video below), 2 news briefs, and part of another segment on ISIS's kidnapping of the Assyrian Christians. Robertson's reports aired during each of the three hours of the morning show. Altogether, New Day set aside 5 minutes and 28 seconds of air time to the atrocity.

The transcript of Nic Robertson's report from the 7 am Eastern hour of CNN's New Day on Wednesday:

MICHAELA PEREIRA: Let's turn to ISIS and the battle there – terrorizing Christian villages in northeast Syria. The terrorists have kidnapped as many as 150 Assyrian Christians in pre-dawn raids – hundreds more forced to run for their lives.

Our senior international correspondent, Nic Robertson, is tracking the very latest for us from London. Nic?

NIC ROBERTSON: Yeah. Hey, good morning, Michaela. What we understand at the moment is that this is an ISIS operation that's still under way – that the numbers keep creeping up of the people that have been captured. In the early hours of this morning, it was 70 or 100 captured –  now, 150. There are reports that they've been taken to the ISIS capital, if you will, Raqqa, which is really an indication that they – that they plan to keep these people that they – they they're kidnapping – bargain them, perhaps, in some way, as we've seen in the past. Among those kidnapped, there were women; there were children; there were elderly people. There were even priests. There are some 3,000 people forced from their homes – about 700 families on the run. And what we understand from an Assyrian network based outside of Syria, they're telling us that 600 of those people could be holed up in a cathedral very close to the town where all this is happening.

So their concern at the moment is, what is ISIS going to do? What do they plan for the people kidnapped? How can they get them free? And what we've seen from ISIS in the past, when they've kidnapped Christians in this way in the past, they either force them to convert or they kill them. And that right now is the concern for all these missing people. Alisyn?

ALISYN CAMEROTA: Of course, it is usually a gruesome outcome, and we will be talking more about that with Senator Angus King, as well. Thanks so much, Nic.