It was barely a year ago when we first uncovered Univision's willfull blacking out of any potentially harmful news surrounding the Clinton Foundation. It appears that very little has changed since then.

JORGE RAMOS, UNIVISION ANCHOR: Congressman, this week, new e-mails from former Secretary of State Hillary Clinton came to light. In these e-mails- the interpretation of some Republicans is that persons associated with Hillary Clinton could have benefitted through their ties to the Clinton Foundation or through knowing Secretary Clinton. How do you respond to these accusations of favoritism, that is to say - that those close to her did better?

CONGRESSMAN XAVIER BECERRA (D-CA34): Once again, the Republicans are looking for something because they have a candidate, Donald Trump, who is always sticking his foot in his mouth, and they're searching for a way to distract. If there were anything here, the FBI would be investigating. They've already concluded their investigation, Jorge, it's time to issues that matter to us: jobs, better education for our children, the Zika issue- where Republicans do nothing to prevent the contamination of the population with the Zika virus, so we should be talking about what really matters to us...not going back to what we already know about the e-mails.

The "some Republicans" that Ramos throws out there is, of course, a bit of red meat in order to controversialize the story, just like we pointed out last year. But Ramos is referring to Judicial Watch's release of previously undisclosed emails, which uncovered some problematic interactions between Clinton Foundation personnel and the State Department, during Hillary Clinton's tenure as Secretary of State. Furthermore, Ramos introduced Univision correspondent Claudia Uceda's very fair report on the matter just last Wednesday.

Also, notice how Becerra just conflated everything, mashed up the different investigations, and made it all into a word mist which disappeared into the wind of the next question- which is exactly what happened when Ramos followed up with a totally unrelated matter.

Sadly, I expected this. Here's how I laid it out just last year: 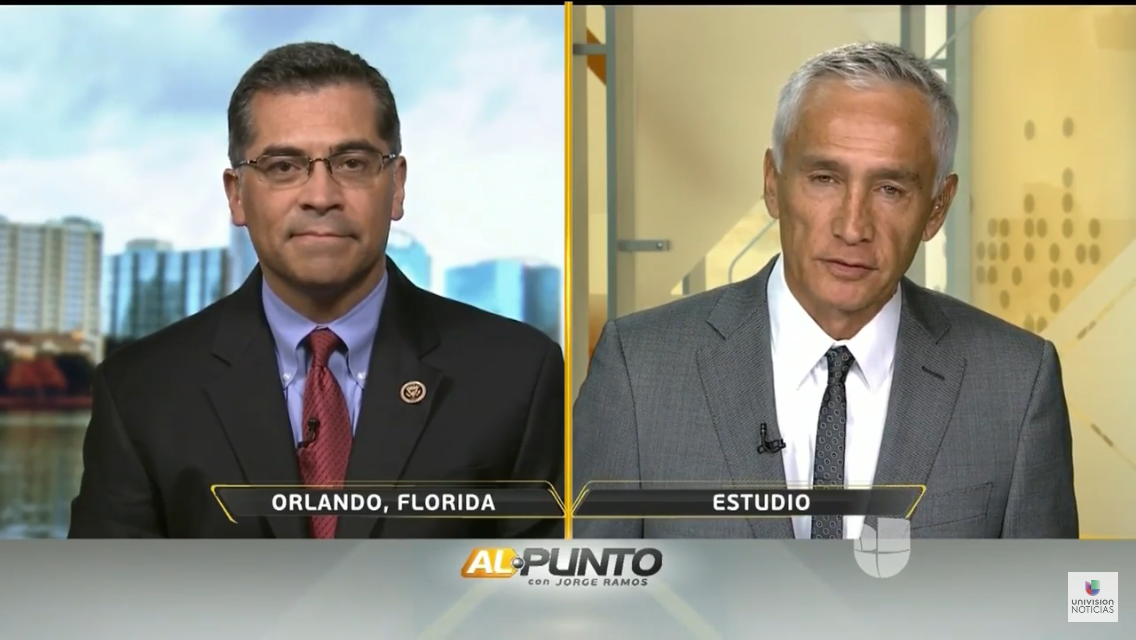 A year later, we have our answers. Univision News President Isaac Lee has been given near-absolute power over Univision News, Entertainment, and Digital. Jorge Ramos has been canonized by the establishment media after his orchestrated expulsion from a Trump news conference and subsequent book.

The server scandal came and went with nary a peep at Univision TV News, and the network newscasts have remained stone-silent since Uceda's piece ran last Wednesday. Univision has blackballed the story regarding the newly-launched joint investigation into the Clinton Foundation, which will be led by the United States Attorney for the Southern District of New York.

In the days after the Uceda report, Univision's tough non-Trump coverage has focused on Mexican President Enrique Peña Nieto's cratering poll numbers, his new real estate scandal (Depagate?), and on the embarrassing underperformance of Team Mexico at the Rio Olympics.

But nothing on the Clinton Foundation. Nothing but silence. There's your answer.