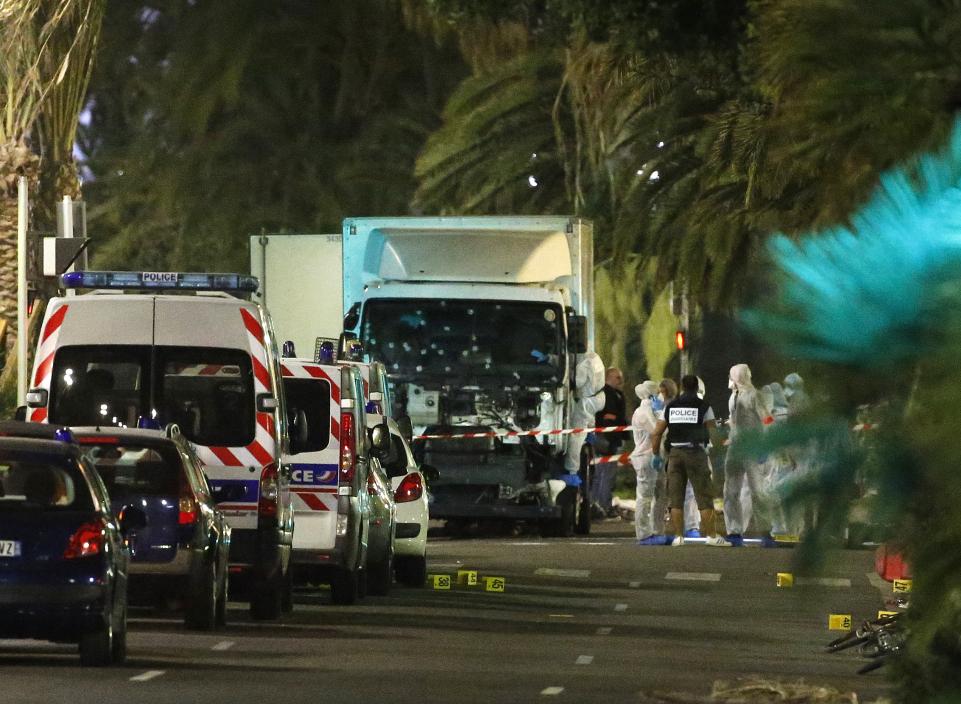 Univision finds itself unable, yet again, to suppress the urge to absolve radical Islam in the wake of another terrorist attack. The latest instance in what has become a predictable pattern comes in the aftermath of the horrific Bastille Day attack in Nice, France.

As French-American  anthropologist Scott Atran states, what inspires the world’s most violent group is not the Koran or Islam’s religious teachings; its potential lies in the promise of a purpose-filled life for thousands of young people who feel that they are lacking one.

For them, jihad is an employer that is egalitarian, fraternal, and much more persuasive than the prospect of a marginalized life.

Now for a sampling yesterday's post by Hervé Do Alto, a political science researcher at the University of Nice:

Behind the imaginary "glamour" normally associated with the Cote d'Azur, Nice is really one of the most unequal cities in the region. If one were to risk going beyond the postcard Nice that many know and avoid the well-to-do neighborhoods on the hills that dominate the local landscape, they would realize that there exists, in the more distant neighborhoods such as L'Ariane, Les Moulins or Bon Voyage a breeding ground that combines precarious economic situations and ethno-racial discriminations, both in access to employment and to recreational areas, where most residents have origins in countries in the Maghreb or sub-Saharan Africa.

When (Mohammed Boulel) ran over nearly a hundred persons yesterday, French journalists did not have so many scruples, and many of them quickly saw in the attack an attack of "islamist" nature.

Then, as now, Univision would have its readers believe that structural racism and inequality are what killed the Bastille Day revelers, and that the lack of gun control is what killed innocents in San Bernardino and at the Pulse nightclub in Orlando.

It appears that this belief (as dogmatic as the defense of anthropogenic global warming and gun control) is central to Univision News boss Isaac Lee's vision of a "fairer, more equal, and inclusive America", given the network's ongoing campaign of islamist apologia (which we will soon catalogue). But in the real world, those fantasies get people killed.