Univision's Al Punto has pulled yet another Republican bait-and-switch, in which a Jeb Bush surrogate is passed off as a Republican analyst booked in order to provide commentary on the ongoing primary - with predictable results. Unfortunately, this week's "analyst" went far beyond the pale - which begs the question: Is Univision really in the tank for Jeb Bush? 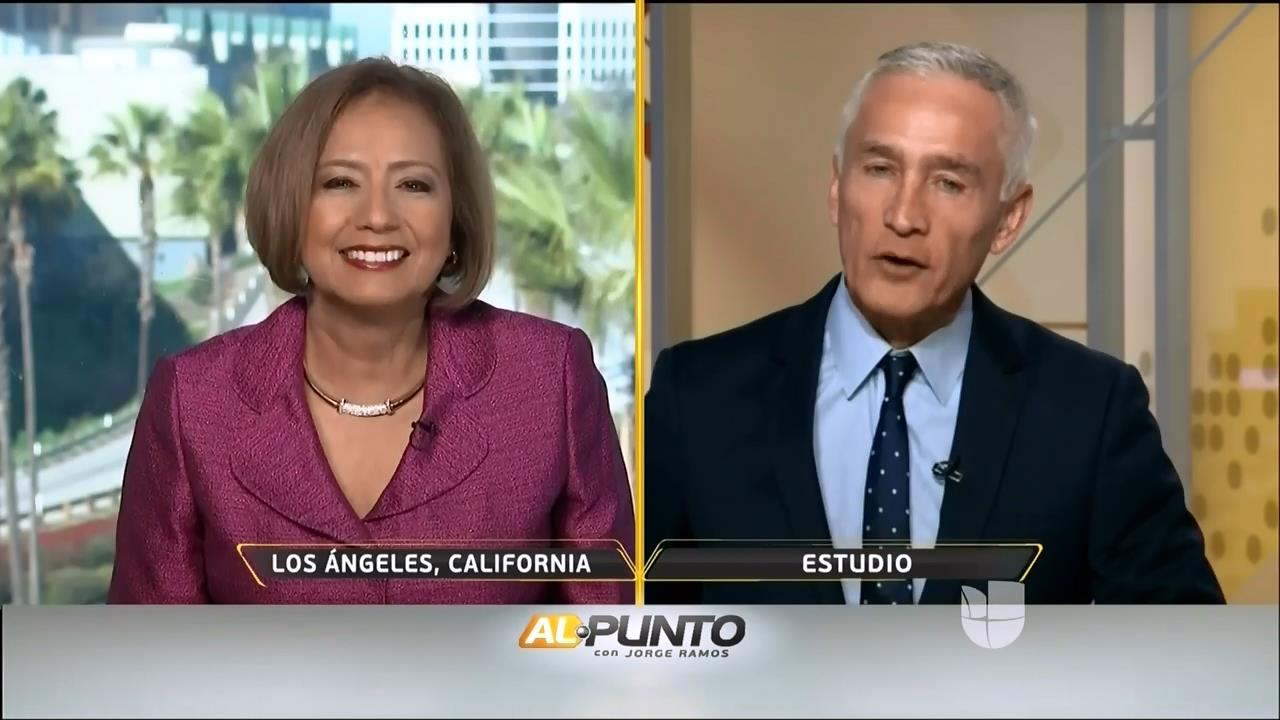 The last time we covered former Treasurer of the United States Rosario Marín directly, she appeared on Al Punto and DEMANDED that the Trump surrogate render proper respect to Governor Bush. This time, she renewed her attacks on Donald Trump, by calling him a "laughingstock" and mocking him for ducking last week's Republican debate in Iowa. Unfortunately, it didn't take too long after that before the appearance basically skidded off the rails and into the ditch.

In fairness, no one should ever begrudge a political surrogate for standing up for their candidate...especially in Bushworld, where ties run deep and long. However, this can certainly be accomplished without co-opting and validating the vicious racial demagoguery of Jorge Ramos.

ROSARIO MARIN, FORMER TREASURER OF THE UNITED STATES: What an interesting question, because I’d say that there are three Hispanic candidates, and the other one is Jeb Bush. I believe that Jeb Bush holds a very special place in his heart for the entire Latino community. He doesn't just speak Spanish, but he understands. And since he is married to a Mexican, his children are also Mexican-Americans. And so, I can tell you...Ted Cruz has been truly, he’s very discouraging. I am hurt by the positions he has taken. Marco Rubio is a politician with tremendous aspirations. I love him, I respect him. His shifting positions on immigration leave much to be desired. The one who has not changed is Jeb Bush. And frankly, I believe, in my heart, that he is more Latino than any of the others out there. And that is why I am supporting him.

The simple fact is that Marín, for all her accomplishments, does not have the standing to adjudicate racial or ethnic authenticity on any grounds whatsoever. Her assertions that Bush is "more Latino" ostensibly by virtue of both his positions on amnesty and the origin of his spouse and children are laughable on their face, and the harm that her ill-considered remarks render to conservatism at large far offsets any short-term benefit derived by her candidate.

Of course, this isn't the first time that Univision uses a Bush surrogate to bash the other conservatives in the field. Last time, it was former Republican Party of Florida and American Conservative Union Chair Al Cárdenas who did the deed, by launching a preview of attacks that would later be launched against Ted Cruz. This takes us back to our earlier question: is Univision really in the tank for Jeb Bush?

The answer is, of course not. They are in the tank for as close to an open-borders agenda as they can get from either side of the aisle. Given the other liberal policy items on Univision's agenda, however, it should be clear that no Republican is ever going to win their "primary".