Appearing on Wednesday's CBS This Morning, pollster Frank Luntz reacted to the Tuesday re-election of Israeli Prime Minister Benjamin Netanyahu by scolding efforts by former Obama campaign aides to defeat the foreign leader: "I think the Obama administration today has got to be very disappointed because they had their people over there trying to make a difference and Netanyahu pointed that out. And Israeli's don't want other people, including Americans, telling them how to vote."

So far, This Morning has been the only network morning show to report on President Obama's 2012 national field director Jeremy Bird working to help Netanyahu's political opposition in the Israeli election.

On Wednesday, the CBS broadcast was the only morning show to feature supporters of Netanyahu applauding his victory. NBC's Today and ABC's Good Morning America focused on hyping the election results as bad news for Obama and U.S.-Israel relations.

Here is a transcript of Luntz's remarks on the March 18 CBS This Morning:

FRANK LUNTZ: 2016 is going to be, "Who's going to make me feel safe and secure in my home and in my country?"

CHARLIE ROSE: Was that the referendum in the Israeli election?

LUNTZ: I think that that's another example. That in the last minute, the last twenty-four hours, Israelis decided that it did not want to move left, that it felt that Bibi Netanyahu would provide a sense of security. And by the way, parties on the right disintegrated and they moved to Netanyahu also. They did not trust a more centrist government with their national security and we've seen that in other countries as well, it's happening in Europe as well.

GAYLE KING: And what do you think the re-election of Netanyahu will mean for the United States and the Obama administration? 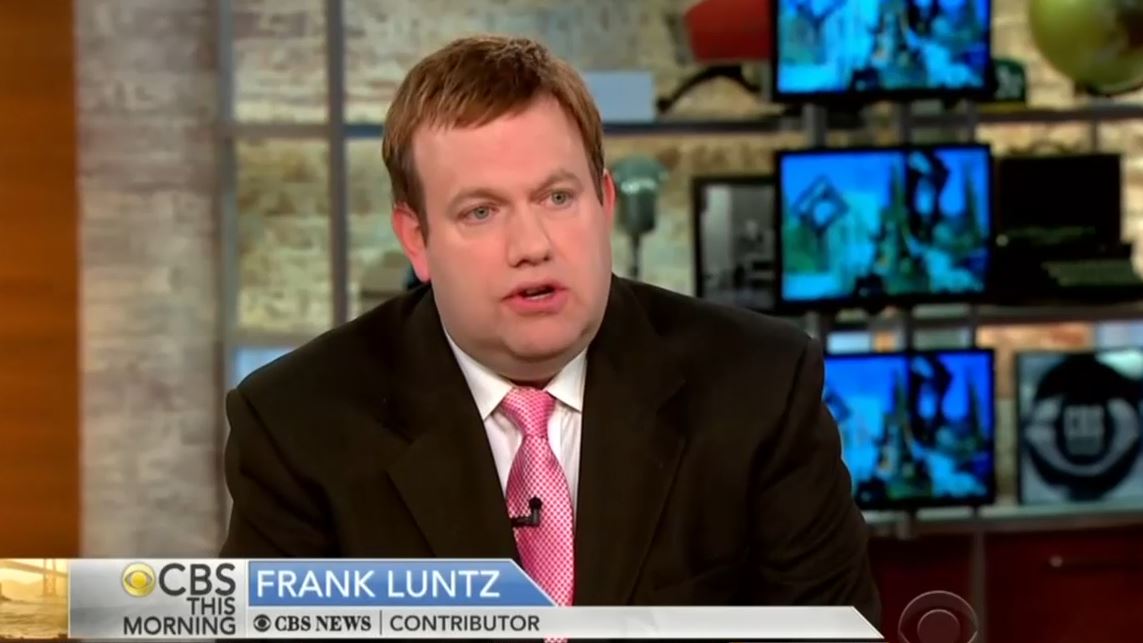 LUNTZ: I think the Obama administration today has got to be very disappointed because they had their people over there trying to make a difference and Netanyahu pointed that out. And Israeli's don't want other people, including Americans, telling them how to vote.

It was also a rejection of the pollsters because they got it completely wrong. They thought the left was going to win this election and Netanyahu won by four or five mandates.

ROSE: But did it change in the last weekend of campaigning?

LUNTZ: It may have changed in the last day, but this is going to be very difficult for this administration, and frankly for the Middle East. When Netanyahu said no Palestinian state, boy, did that throw a monkey wrench into all of these negotiations.