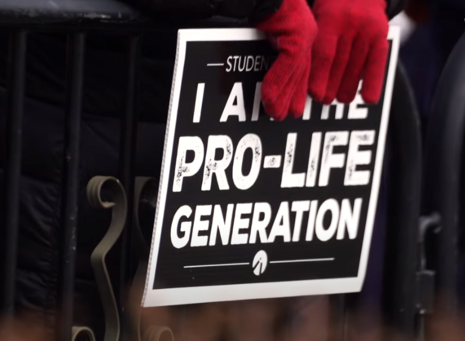 YouTube has reportedly entirely banned the pro-life group LifeSiteNews from the platform in its latest attempt to silence conservative voices.

“YouTube just completely removed the LifeSiteNews YouTube channel. This isn’t a temporary ban; every single one of our videos is completely gone. Thankfully, we have backups of all our videos, but this means hundreds of thousands of people have lost access to our truth-telling content,” the pro-life organization said on its website.

LifeSiteNews has had several run-ins with the YouTube censorship mafia. In November of 2020, YouTube “suspended LifeSite’s channel for a week, based on accusations of ‘medical misinformation’ within a video featuring comments by a medical doctor,” the group reported. That same month, the platform “had flagged another of LifeSite’s videos, The Mother Miriam Show. Despite being titled, ‘Catholic Christmas traditions to instill faith in your kids,’ that video also received a warning of ‘medical misinformation.’ YouTube then removed the video.”

LifeSite already has plans to deal with YouTube's censorship. In a statement, John-Henry Westen, Editor-in-Chief and Co-Founder of LifeSiteNews, said:

The Lord gives and the Lord takes away. Blessed be the Lord! With just over 314,000 subscribers and an average of 50K+ views on each episode of our flagship show, with some of our shows reaching over 2 million views, YouTube de-platformed LifeSiteNews, the world's #1 pro-life news website. LifeSite’s video content can still be accessed directly at LifeSiteNews.com, of course. We will continue to speak the truth of Christ and will not give in to the threats of Big Tech and the censors who wish to remove Biblical truths [from] the public square. God’s Word will spread over the whole earth whether Google likes it or not. We are taking legal steps too of course, so we would appreciate your prayers and any support that you feel called to give.

The specific reason that YouTube suspended LifeSiteNews is unclear, as YouTube did not respond to a request for comment at the time this piece was published. What is clear, however, is YouTube’s consistent attacks on conservatives. YouTube removed over 300 ads from Trump’s reelection campaign during the summer of 2019 alone. In November of 2020, the platform suspended One America News. That same month, YouTube bowed to transgender activists and deleted Candace Owens’s podcast.

Conservatives are under attack. Contact YouTube at 650-253-0000 and demand that Big Tech provide transparency, clarity on “hate speech” and equal footing for conservatives. If you have been censored, contact us at the Media Research Center contact form, and help us hold Big Tech accountable.