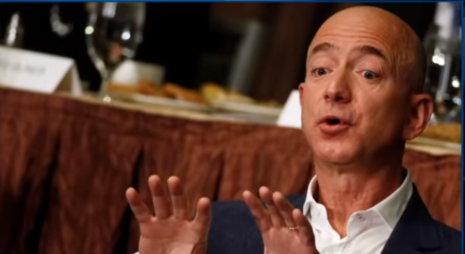 Several Republican members of the House Judiciary Committee took a big step in holding Amazon accountable for discriminating against conservatives.

Republicans on the House Committee on the Judiciary sent a letter to Amazon CEO Jeff Bezos on August 24 to “request a briefing on how AmazonSmile makes its eligibility determinations based on information from the SPLC.” The letter was signed first by ranking members Rep. Jim Jordan (R-OH) and ranking member F. James Sensenbrenner (R-WI), and it was signed by several other Republicans on the committee as well.

The Southern Poverty Law Center’s infamous “hate map” lists organizations in the country that the organization deems “hateful,” which the letter explained “has baselessly labeled some conservative charitable organizations ‘hate groups,’ alongside actual extremist organizations such as neo-Nazis and the Ku Klux Klan.”

The AmazonSmile program is a charity program that links to customers’ Amazon accounts and donates 0.5 percent of the purchase to a charity selected by the customer at no additional cost. The AmazonSmile homepage stated that it has donated $198 million to charitable organizations.

Not just any organization may participate in the program, however. According to AmazonSmile’s program details page,

“Organizations that engage in, support, encourage, or promote intolerance, hate, terrorism, violence, money laundering, or other illegal activities are not eligible to participate. Amazon relies on the U.S. Office of Foreign Assets Control and the Southern Poverty Law Center to determine which organizations fall into these groups.”

So, AmazonSmile users may donate to Planned Parenthood or the Satanic Temple, but not to pro-traditional family, Christian conservitive organizations like the Family Research Council or the Alliance Defending Freedom.

AmazonSmile does partner with some conservitive organizations like the National Rifle Association, Inc., and Live Action. Organizations can become “ineligible” for a “change in IRS standing or another violation of the program participation agreement,” according to the Program Details page.

As the letter stated, “Amazon’s reliance on the SPLC as a barometer to determine the eligibility of charitable organizations on AmazonSmile serves to discriminate against conservative views.”

Media Research Center (MRC) President L. Brent Bozell announced in June that the MRC would no longer accept “tainted, hate-filled money” donations from the “deeply biased” AmazonSmile program due to its involvement with SPLC.

Conservatives are under attack. Contact Amazon at this link and demand that the platform provide equal footing for conservatives: Companies need to make equal room for conservative groups as advisers to offset this bias. That same attitude should be applied to employment diversity efforts. Tech companies need to embrace viewpoint diversity. If you have been censored, contact us at the Media Research Center contact form, and help us hold Big Tech accountable.