The pseudo-medical geniuses at Facebook partner Lead Stories tried to fact-check the British Medical Journal. Then they somehow claimed those actions weren’t censorship. 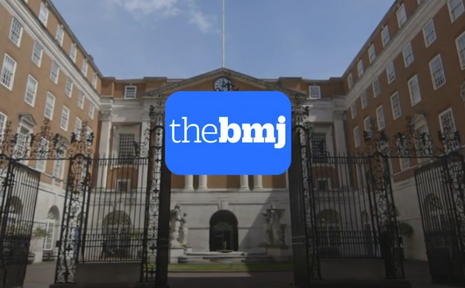 The British Medical Journal (BMJ) responded to a bizarre “fact-check” by Lead Stories of its bombshell report headlined: “Covid-19: Researcher blows the whistle on data integrity issues in Pfizer’s vaccine trial.” The report in question revealed how “Revelations of poor practices at a contract research company helping to carry out Pfizer’s pivotal covid-19 vaccine trial raise questions about data integrity and regulatory oversight.”

The featured photo of the fact-check had “Flaws Reviewed” written over the original journal report. Attempts to share the BMJ article are now tagged with a warning label about “missing context” on Facebook.

The journal slapped down the fact-check as “inaccurate, incompetent and irresponsible” in an open letter to Meta/Facebook CEO Mark Zuckerberg. "It fails to provide any assertions of fact that The BMJ article got wrong," the journal continued.

Lead Stories then flailed in a follow-up response and all over Twitter. The outlet tried to hopelessly convince people that what they did wasn’t censorship as users lambasted the website for its shoddy work. Lead Stories' main issue appeared to be more about who was sharing the content rather than the report itself. A user asked, “So you don’t censor based on content but who shares the content? Quite the admission there.”

“We don't censor. We add information. No matter who shares it. It is @bmj_latest who should probably worry about who is sharing their content,” Lead Stories replied.

The Associated Press reported that the warning labels placed on fact-checked coronavirus articles by the Facebook ministry of truth apparatus “have stopped 95% of users from clicking on the [so-called] false information.” In other words, warning labels do absolutely constitute censorship. The irony is that Lead Stories said in its response to the BMJ report that “that we agree this content probably should not be blocked.”

Irish politician Michael McNamara originally tweeted the BMJ letter to Zuckerberg before Lead Stories responded minutes later, falsely claiming “[n]othing was ‘censored’, ‘deleted’ or ‘blocked.’” McNamara then took a sledgehammer to Lead Stories: “You suggest how the BMJ article could ‘have been less misleading’ but you ‘agree this content probably should not be blocked.’ Seems quite close to censorship …”

Who are you? Who funds you? As you don’t follow me on Twitter, how did you reply almost instantaneously to my tweet?
You suggest how the BMJ article could “have been less misleading” but you “agree this content probably should not be blocked”. Seems quite close to censorship … https://t.co/DgMM7j15sK

Lead Stories later made a grave mistake. The fact-checker targeted the BMJ in a follow-up tweet: “Hey @bmj_latest, when your articles are literally being republished by a website run by someone in the ‘Disinformation Dozen’ perhaps you should be reviewing your editorial policies instead of writing open letters.”

Hey @bmj_latest, when your articles are literally being republished by a website run by someone in the "Disinformation Dozen" perhaps you should be reviewing your editorial policies instead of writing open letters.https://t.co/p6PJjZ112v pic.twitter.com/ExLfOPePRT

The “Disinformation Dozen” was a report published by the leftist Center for Countering Digital Hate, which receives funding from an organization backing Communist China’s initiative to “green” its Belt and Road projects. Founder and CEO of CCDH Imran Ahmed co-authored a book titled The New Serfdom: The Triumph of Conservative Ideas and How to Defeat Them. The fact that Lead Stories touted the anti-conservative CCDH as a legitimate source for unraveling “disinformation” exposes the fact-checker’s inherent bias.

Conservatives are under attack. Contact your representatives and demand that Big Tech be held to account to mirror the First Amendment while providing equal footing for conservatives. If you have been censored, contact us at the CensorTrack contact form, and help us hold Big Tech accountable.