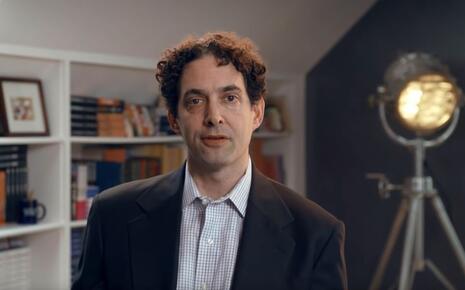 Fox News reported that Twitter “permanently suspended” Berenson, for his alleged “repeated violations of [Twitter’s] COVID-19 misinformation rules.” Twitter has temporarily restricted Berenson’s account on multiple occasions for his outspoken criticism of how the COVID-19 pandemic has been handled. In “the tweet that did it,” as Berenson described it, he claimed that the controversial COVID-19 vaccines should not be thought of as vaccines but rather as “therapeutic[s].”

Berenson posted a purported picture of his final tweet in his online Substack newsletter, Unreported Truths.  “[The COVID-19 vaccine] doesn’t stop infection or transmission,” read the tweet. He added, “[d]on’t think of it as a vaccine. Think of it - at best - as a therapeutic with a limited window of efficacy and terrible side effect profile that must be dosed IN ADVANCE OF ILLNESS. And we want to mandate it?”

Berenson also appeared to show concern regarding the stifling of COVID-19 information he shared on his Twitter feed. “[I]n suspending it, Twitter has blocked the links and screenshots to the studies referenced in the tweets, making vital public health information harder to find,” he wrote. However, he seemed optimistic that his Substack account would become a viable way for him to continue sharing information. “Twitter can’t touch my Substack,” he wrote.

The former Times journalist suggested that he is considering filing a lawsuit against Twitter. “I am still considering my legal options, including what lawyer or firm to hire,” he said. “A potential suit is complex and would cover - at a minimum - First Amendment issues, contract law, and drug/vaccine law.”

Berenson’s tensions with Twitter did not begin with his most recent suspension. Free Speech America’s censorship database CensorTrack.org reported that Twitter placed a misleading content warning last month over one of his tweets when he purportedly claimed that having COVID-19 would immunize a person to the virus. The warning label prevented users from commenting, liking or retweeting his tweet. The platform later restricted his account for 12 hours, but it was unclear whether the two restrictions were directly related. Twitter placed the same warning label over another tweet a few days later when he commented on purported death rates during the Pfizer COVID-19 vaccine trials.

A Twitter spokesperson confirmed for MRC Free Speech America that Berenson’s account “has been permanently suspended for repeated violations of [its] COVID-19 misinformation rules.”